When Modi said this, in the next three months i.e. by March 2018, BJP had reached 21 states. This was the BJP's peak. At that time, the government of BJP and its allies was ruling over 70% of the country's population. If Union Territory is also included in this, then this figure goes beyond 71%. The BJP and its allies occupied 80% of the area.

BJP lost 4 big states in two and a half years, barely got power in three
The BJP's vizierath began to halt from Karnataka from March 2018 onwards. Elections were held in Karnataka in May 2018. Yeddyurappa of BJP also took oath, but had to resign due to lack of majority. However, within a year, some MLAs of Congress and Janata Dal (Secular) joined BJP. Then the BJP was able to return to Karnataka.

Similarly, when the assembly elections were held in December 2018 in Madhya Pradesh, Chhattisgarh and Rajasthan, these three states slipped out of the hands of the BJP. In March 2020, as soon as 22 Congress MLAs of the Congress entered Karnataka in Madhya Pradesh, the BJP was able to return after 15 months. In October 2019, the BJP also lost in Haryana. Later he saved the government with the help of Dushyant Chautala's Jananayak Janata Party.

In the last two and a half years, the BJP has lost four major states. This includes Chhattisgarh, Rajasthan, Maharashtra and Jharkhand. 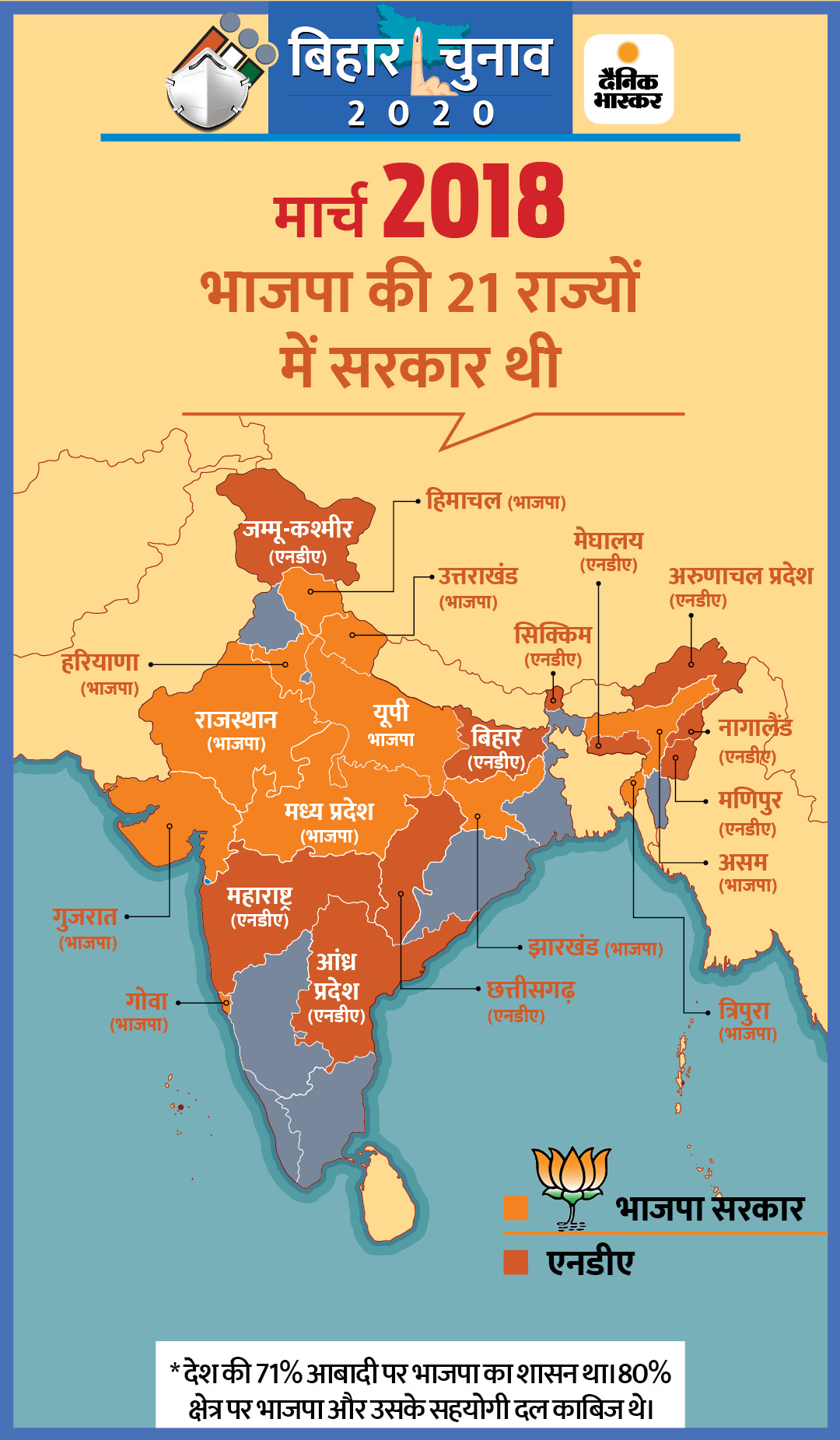 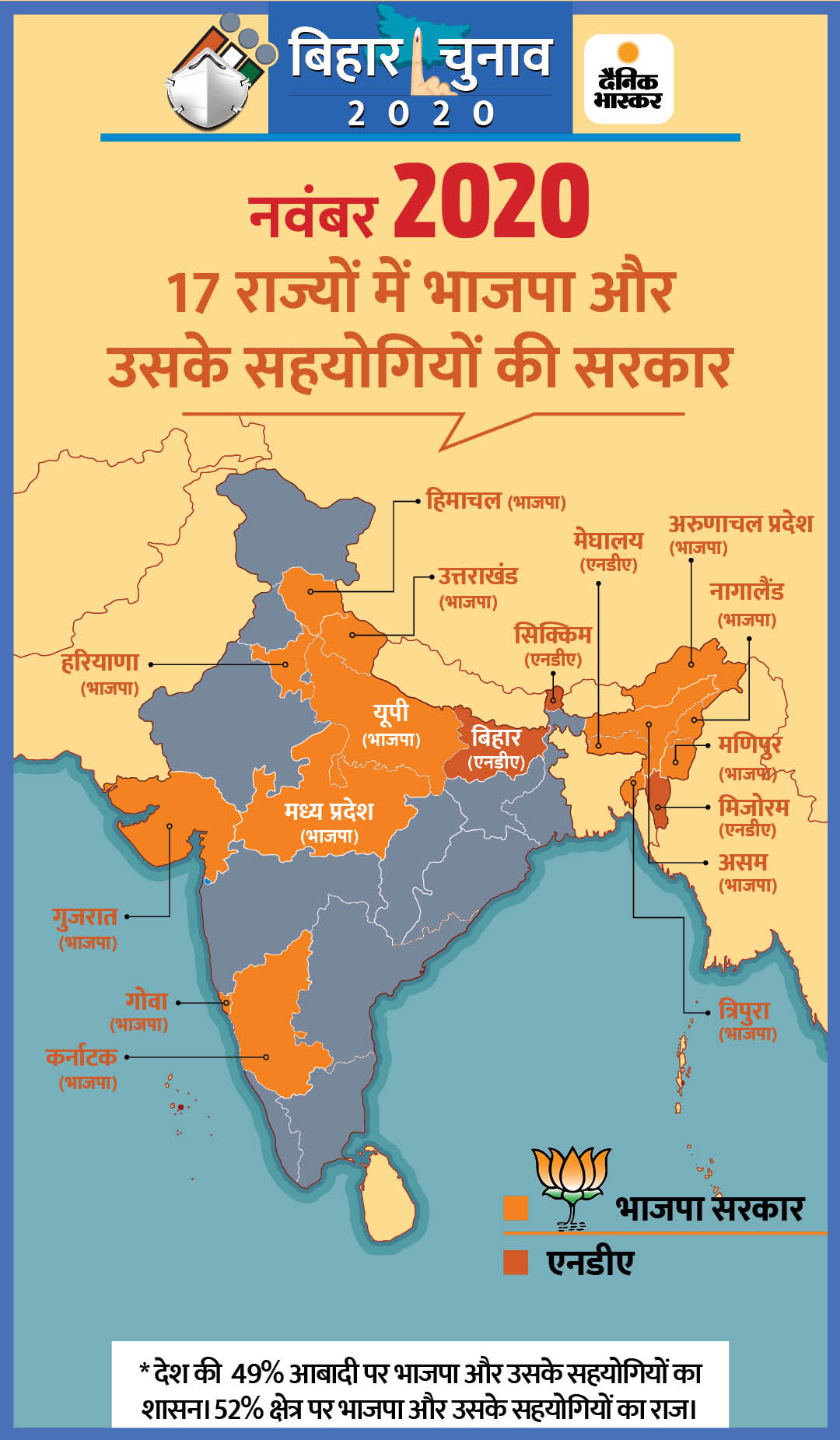 At present, the government of Congress and its allies is in only 5 states and one union territory. The Congress is on its own only in Rajasthan, Chhattisgarh and Punjab. The rest are allies in government in Maharashtra and Jharkhand. The Congress and the DMK are in the Union Territory of Puducherry. 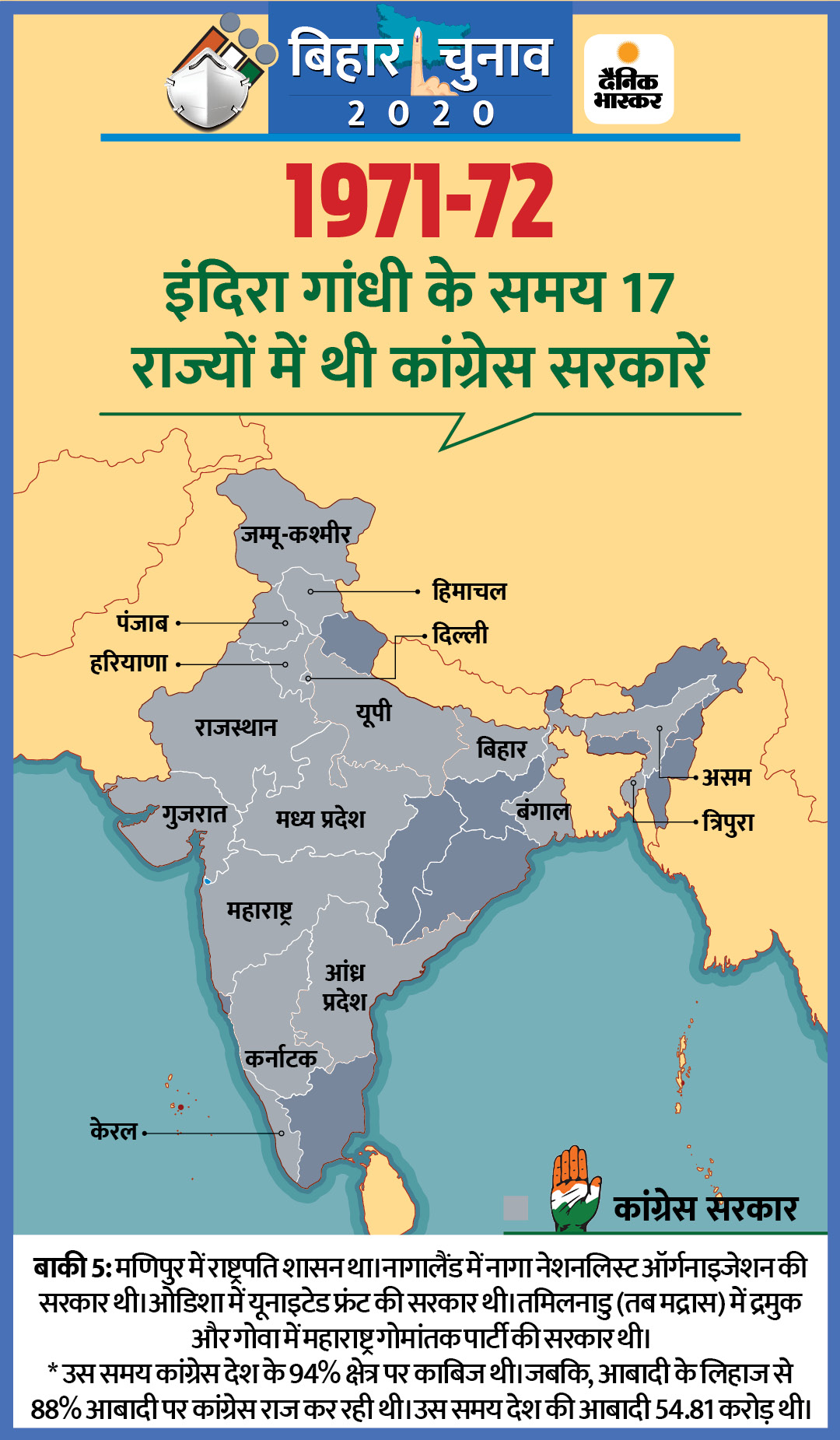