Bihar Election Results Narendra Modi Led BJP Seat Explained; What Chunav Parinam 2020 Means For BJP? Know Everything About | Bihar election immunity booster for BJP, which has been steadily weakening in states since 2017; Read its impact on Rajya Sabha 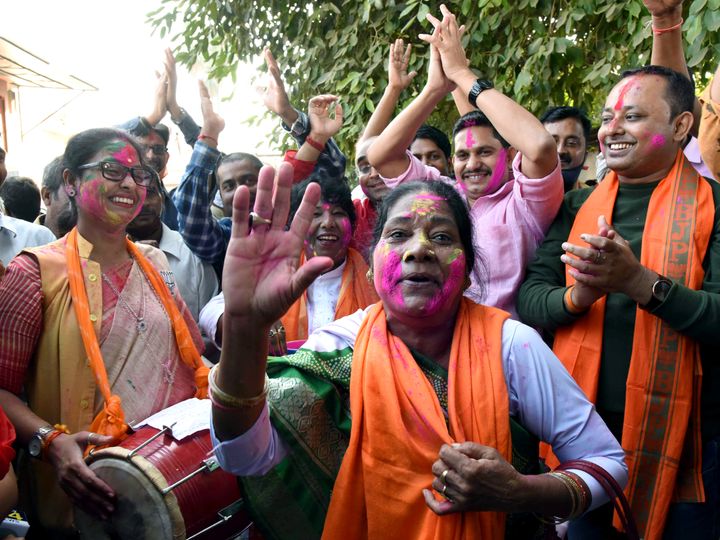 The results of elections in Bihar and Madhya Pradesh have emerged as an immunity booster for the BJP. The BJP was weakening in the state assemblies since 2018. Somewhere he lost margins and elsewhere he got a government by winning fewer seats. Karnataka and Madhya Pradesh are examples where it has overthrown its government.

BJP seats increased in a state for the first time

After counting 50% of the votes in Bihar, BJP seems to gain 25 seats compared to 2015. This is the first time since 2018 that the BJP has increased its seats in an assembly election.

Madhya Pradesh, Chhattisgarh and Rajasthan lost in November 2018, just before the Lok Sabha elections. In Madhya Pradesh and Chhattisgarh, the BJP lost its power after 15 years. The BJP again formed government in the first quarter of 2020, with Jyotiraditya Scindia and his supporting leaders coming to Madhya Pradesh within two years. After the results of the by-elections, Shivraj Singh Chauhan has strengthened his hold on the Chief Minister's seat. However, the results in Chhattisgarh were such that it may take time for the BJP to make a comeback. In Telangana too, BJP did not get any special benefit.

After this, in the 2019 Lok Sabha elections, the country once again expressed confidence in the BJP led by Narendra Modi. It is obvious that people have placed Modi in the chair of Delhi but did not trust the BJP in the states. The BJP could not do any miracle in the Odisha and Andhra Pradesh elections held with the Lok Sabha.

In 2019 itself, BJP also lost seats in Maharashtra and Haryana. In 2014, BJP contested elections in Maharashtra, separated from Shiv Sena and came to power by becoming the largest party in the state. If BJP-Shiv Sena contested elections together in 2019, BJP became the largest party with 104 seats but its number of seats decreased from 40. The Shiv Sena joined hands with the Congress-NCP in the desire for a chief minister's chair after the elections. Manohar Lal Khattar formed the BJP government in Haryana but lost the majority he got on his own. There he had to join hands with Dushyant Chautala's party Jananayak Janata Party (JJP).

Failed to increase influence in jharkhand and delhi

The BJP's Raghuvar Das government in Jharkhand faced anti-incumbency and a coalition government led by Hemant Soren. Hemant's Jharkhand Mukti Morcha (JMM) got 30 seats in the alliance's 46 seats in the 81-member assembly. At the same time, even after winning seven Lok Sabha seats in Delhi, BJP did not get great success in the assembly seats. In the 70-seat assembly, the number of seats definitely increased from 3 to 8.

In power from Operation Lotus in Karnataka

Earlier in 2017, BJP could not gain power in Karnataka despite becoming a single-largest party. The Janata Dal (Secular) and the Congress had formed a government, in which the BJP was able to return to power by taking advantage of dissatisfaction. Similarly, the party lost a majority in Goa and somehow managed to form a government. Manohar Parrikar had to leave the post of defense minister and return to the state. In 2017 itself, the party also won 99 seats in the 182-seat Assembly. For the first time since 1995, the Congress managed to win 77 seats.

The impact of weak performance in the assembly elections was that the party could not get a majority in the Rajya Sabha. Even after running a majority government at the Center for six years, the BJP still has only 92 seats in the 243-seat Rajya Sabha. The number of members of the National Democratic Alliance (NDA) has certainly reached 104, but the majority figure is still far away. It has to resort to nine AIADMK (AIADMK), nine Biju Janata Dal (BJD), seven Telangana Rashtra Samithi (TRS) and six members of YSR Congress (YSRC), if needed.

It is different that the number of members of the Congress, which has dominated the Rajya Sabha for a long time, has come down to 38. This is the lowest Congressional figure in the House so far. At the same time, BJP's JD (U) has one member each of 5, RPI-Athawale, Assam Gana Parishad, Mizo National Front, National People's Party, Naga People's Front, Pattali Makkal Katchi (PMK) and Bodoland People's Front.

It is a matter of the effect of the results of the Bihar assembly elections, there will not be a big change in the equation of Rajya Sabha. Five Rajya Sabha seats of Bihar were unopposed in March. Janata Dal (United) and Rashtriya Janata Dal got two seats each, while BJP got just one seat. Two of the 16 seats in Bihar are still vacant. Of the four seats that will go to polls in 2022, three seats are from the NDA and one seat is from the RJD. That means there is not going to be a huge difference.

Vaccine Administration Is In Dialogue With All Vaccine Manufacturers – Discussion from all domestic and foreign manufacturers for corona vaccine: Ministry of Health