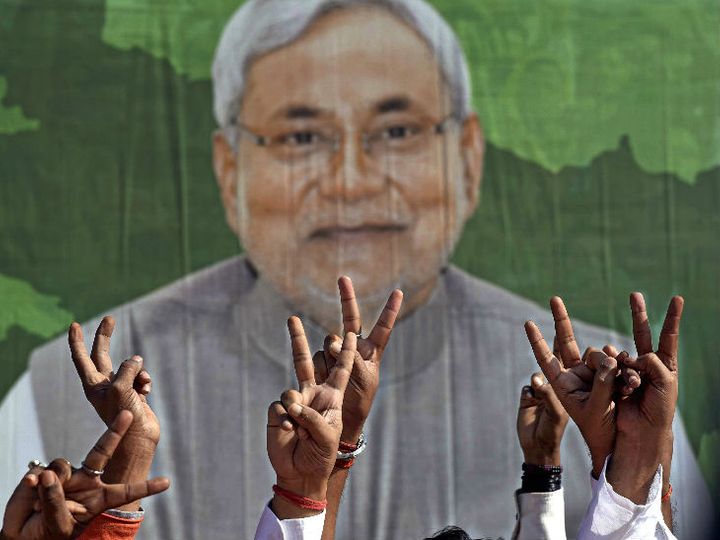 This photo is from Bihar. JDU supporters present in Patna appeared excited as soon as the NDA started gaining in the results of the assembly elections on Tuesday.

NDA has got a majority of 125 in Bihar. BJP benefited the most. It got 74 seats i.e. 21 seats more than last time. Till now, the BJP playing the role of younger brother came in the role of elder brother. Here, Nitish saved the power, but JDU lost 28 seats and came to 43 seats.

There is speculation that the loss of seats will affect Nitish's status. However, on Wednesday, the BJP made it clear that Nitish Kumar would be the CM of Bihar. Sushil Modi said that there is no confusion in this. Nitish will be the CM, this decision was taken before the election and will remain the same.

On the very next day of Bihar's results i.e. on Wednesday, a cabinet meeting was held and Modi looked very happy in it. A source told the news agency ANI that the Prime Minister congratulated the ministers on the victory and he looked very happy. The source said that should Modi not be happy? They have all the reasons to be happy. 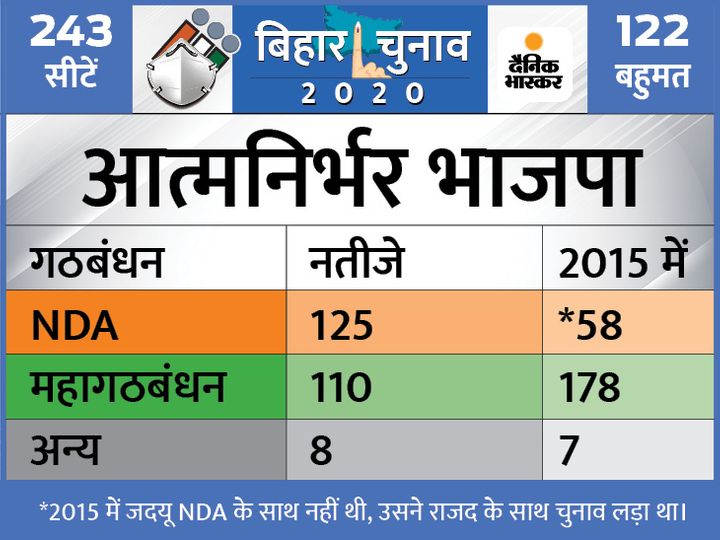 The NDA has got the power, but the RJD is the largest party in Bihar. The RJD got 75 seats. The Grand Alliance led by him got 110 seats. Keeping this figure in mind, Congress leader Digvijay Singh tweeted 3 on Wednesday. In this, he targeted the BJP through the loss to Nitish.

He said that the BJP and the Sangh are like Amarbel, the tree on which it drags, it dries up. Digvijay said that Nitish Kumar ji should leave the ideology of Sangh and BJP and bless Tejashwi.

RJD-Congress had complained to Nitish to EC

On Tuesday, the RJD was seen holding the NDA on par with the trends coming in during the counting of votes. Tejashwi also sent a decree from the house that all the workers and polling agents should remain in the counting hall till the counting is complete. RJD claimed that Bihar has made a change and only a government of the Grand Alliance will be formed.

However, the picture changed by night and the NDA had a heavy upper hand. Meanwhile, RJD and Congress accused Nitish of influencing voting and also reached the Election Commission to complain.

RJD and JDU fought together in 2015

In the 2015 elections, the RJD, JDU and Congress formed a grand alliance together. The alliance won 178 seats, but after a year and a half, Nitish broke away from the Grand Alliance and moved to the NDA. In this election, NDA has JDU along with BJP, VIP and HAM (Secular). At the same time, the NDA, which was part of the NDA in the last election, is with RLSP and LJP. 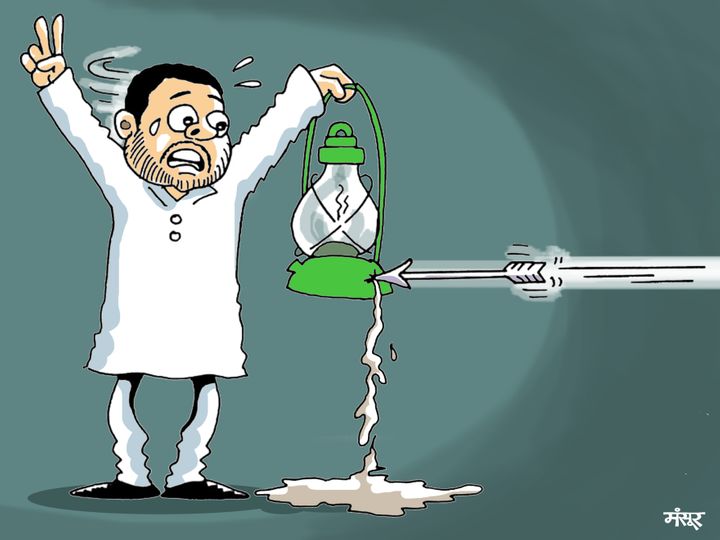 Read this news too …

2. Bihar results and cartoons: Netaji said after winning – keep distance, now we have won the election

3. Political map of the country: BJP ruled in 17 states with 49% population, Congress ruled 88% of population during Indira's era.

4. Bhaskar Analysis: From the answer of 10 questions, understand why Congress lost in Madhya Pradesh and what will be its impact?

Tags: biharbjpBJP said- Of course Nitish will be the CM of BiharcmElectionit was decided before the election.Nitish
Previous Post

15-year-old partnership between Apple and Intel is breaking due to this, M1 chipset launched