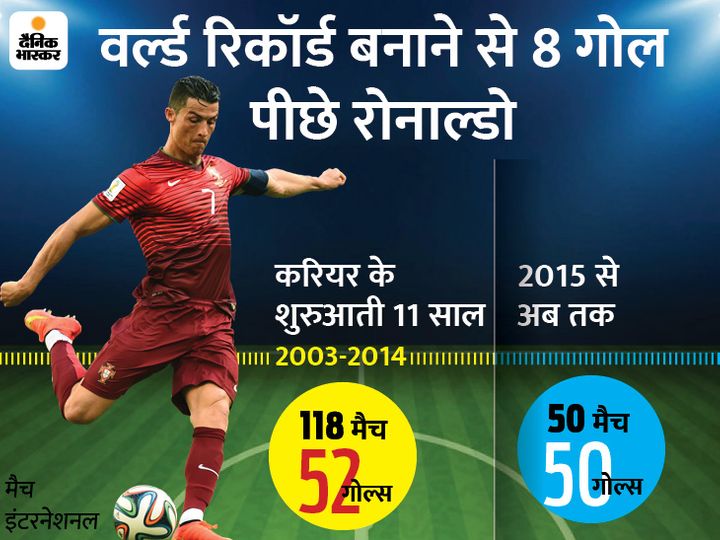 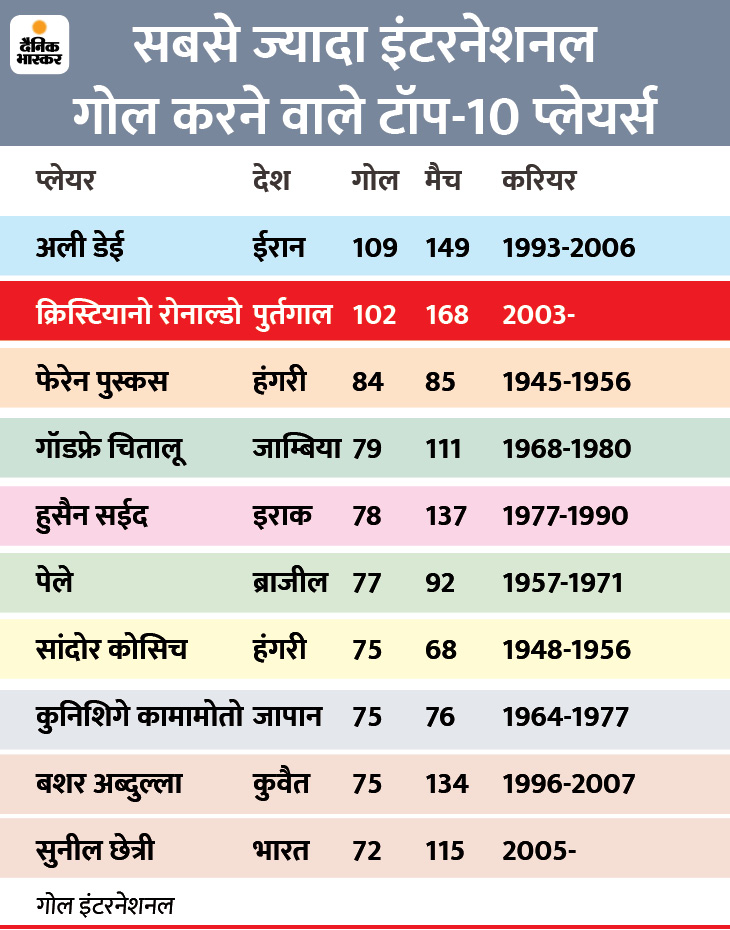 Ronaldo, 35, has played 168 international matches so far in his 17-year career. But instead of getting weaker with age, their scoring rate has increased further. Ronaldo played 118 matches in the first 11 years (2003–2014) of his international career. In this, he scored 52 goals. Whereas since 2015, he has scored 50 goals in 50 matches played. Since 2015, on average, he has scored 1 goal in every match. 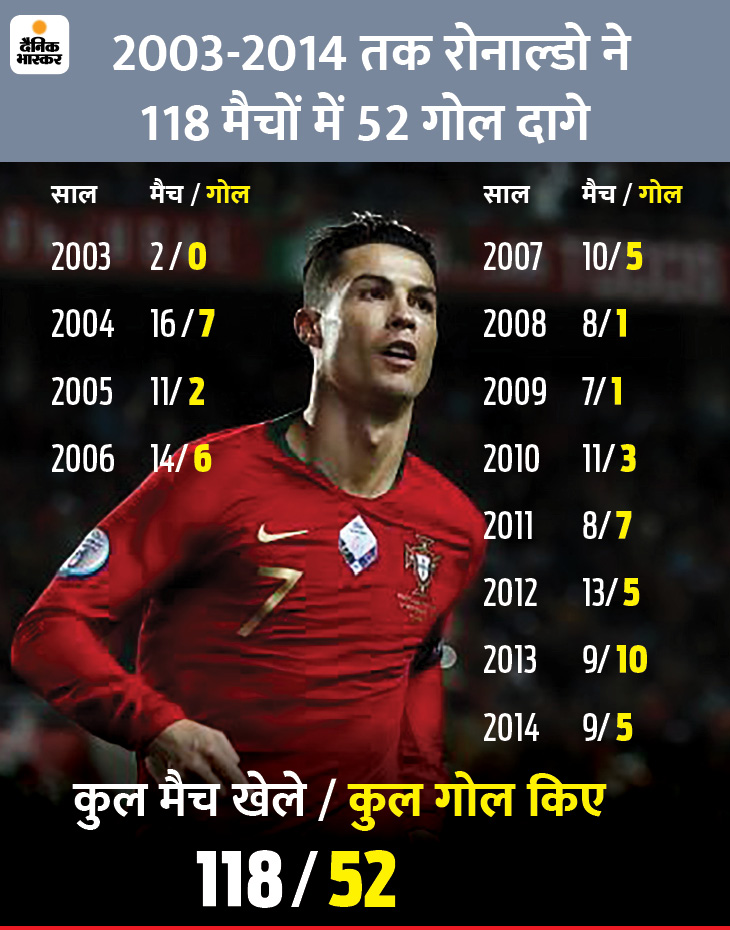 After celebrating the 30th birthday in 2015, the average speed at which they are scoring goals will break Iran's Ali Dai's record of 109 goals in the next 8 matches and become the highest goalscorer in an international match. 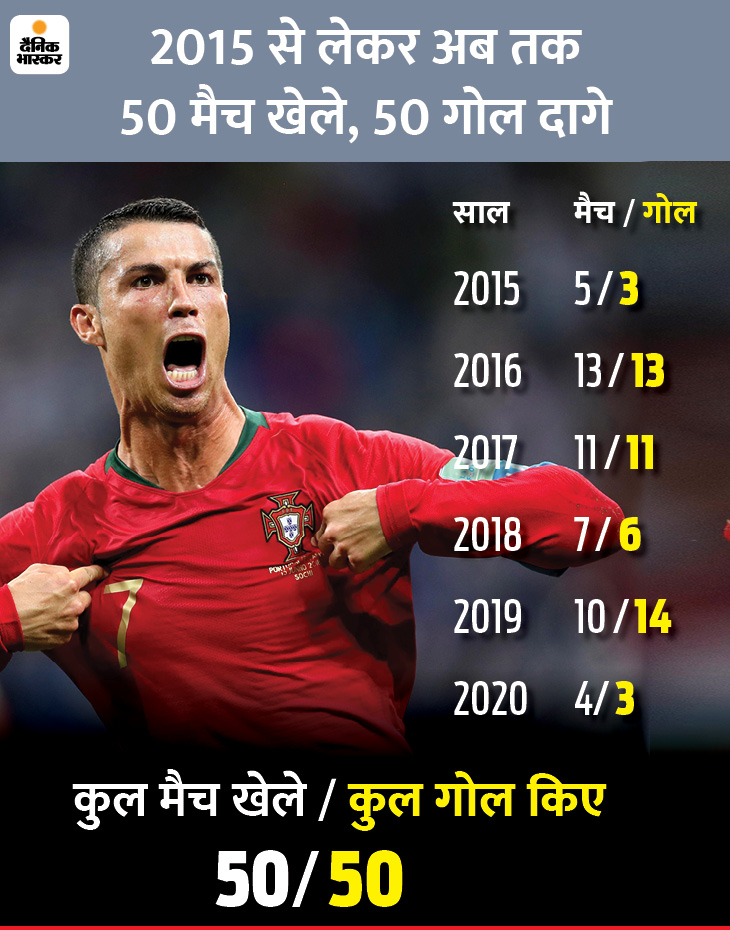 Ronaldo scored his first goal in his 8th match against Greece in 2004. At the same time, the 50th goal was scored against Ghana in the 2014 FIFA World Cup. Ronaldo scored his 100th goal in the League of Nations against Sweden in September this year.

Only 2 players have scored more than 100 goals in international matches. If we talk about the current players, there is no player around Ronaldo right now. India's Sunil Chhetri is the only player behind him with 72 international goals. At the same time, Argentina star player Lionel Messi is at number 15 with 71 goals.

Ronaldo has scored the most 7-7 goals against Lithuania and Sweden. At the same time, he has scored the lowest 1 goal against 17 countries including Argentina and Greece. 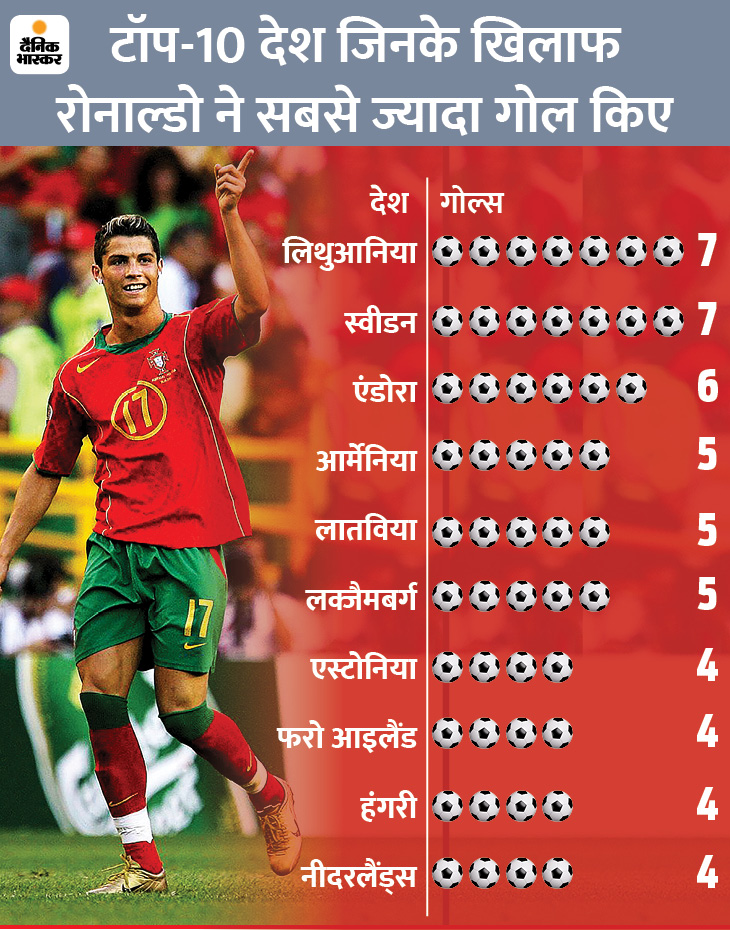 Ronaldo has scored a total of 9 hat-tricks in his career. He scored his final hat-trick in 2019 in a UEFA Euro qualifying match against Lithuania. 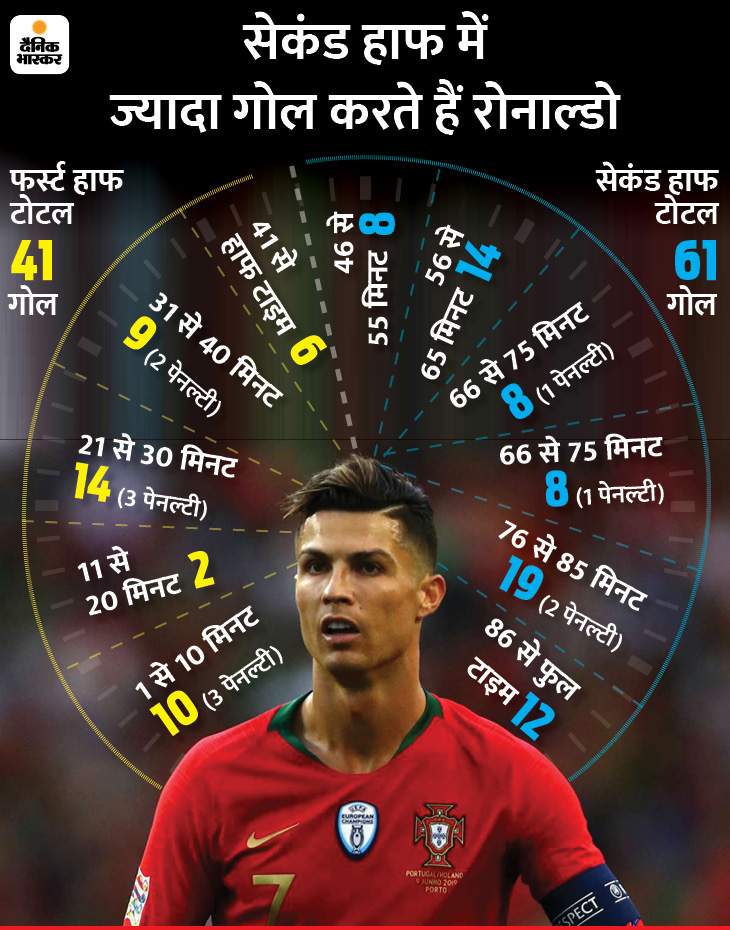