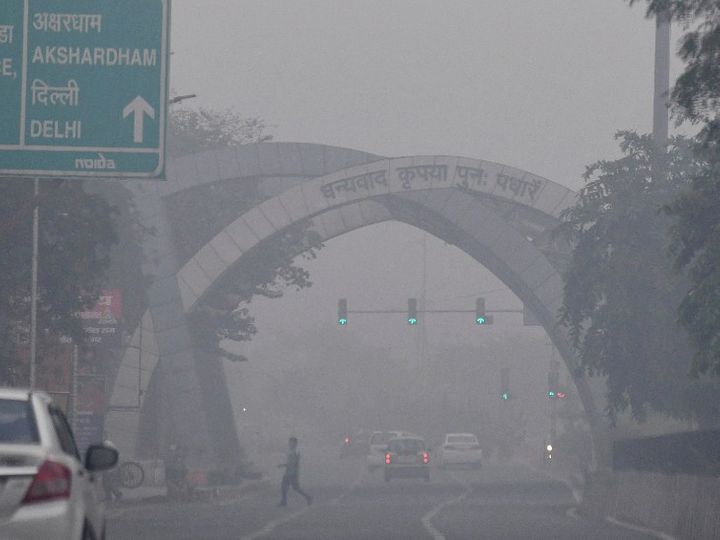 The photo is of the Delhi-UP border. Here at 2 pm on Saturday afternoon, the fog became thick and visibility was very low.

On Diwali, pollution has increased in the country's capital Delhi and surrounding areas. Due to the dense smog, it is difficult to see anything even at a distance of 10 meters. The air quality index has reached the category of 'serious'. These situations are when firecrackers are banned in Delhi-NCR. In addition, burning of straw is banned in Punjab, Haryana, Uttar Pradesh.

The Air Quality Index (AQI) 339 was recorded in Delhi on Saturday. It has seen an increase of more than 100 PM 2.5 within the last 24 hours. It was preceded by 339 on Friday and 314 on Thursday. Firecrackers were burnt in Delhi and adjoining states. Incidents of stubble burning have also been reported in several districts of Haryana, Punjab and UP.

32% pollution increased only by burning stubble
Pollution Control Board officials say that the 32% increase in Delhi's pollution has increased only by burning stubble. The slowing wind speed has made the pollution situation worse. According to officials, the pollution situation in the capital on Sunday and Monday can be more dangerous. The levels of PM10 and PM 2.5, all harmful particles of pollution, can remain the highest from 1 am to 6 am. It is expected to decrease only slightly in the afternoon.