Diwali Firecrackers Ban In India 2020; What Are The Harmful Effects Of Crackers? Know Everything About | In cities where the air is bad, there will not be crackers; Know how dangerous crackers are for health 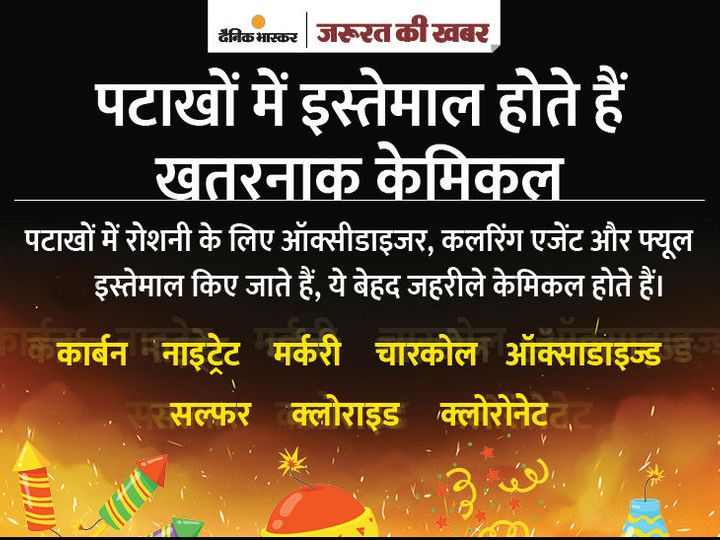 14 November is Diwali on Saturday. But before this, due to pollution in many cities, the air has deteriorated, the sky is covered with mist. Due to this, the National Green Tribunal (NGT) has banned the sale and use of firecrackers all over NCR including Delhi. This ban will remain till 30 November.

Apart from NGT, different state governments have also banned firecrackers at their respective levels. In this case, keep in mind some important things. Like – What is the exemption of firecrackers? How to fire crackers? How to take care of your health? Are green crackers better than gunpowder crackers?

Professor SN Tripathi in the Civil Engineering Department at IIT Kanpur says that we had experimented on the pollution caused by firecrackers during Diwali. It was found that firecrackers on the day of Diwali spoil the air for two to three days. Perticulate matter increases during this time.

What is the order of NGT?

This order of NGT will also be applicable in all the towns and cities of the country, where in November last year, the air quality level went up to the category of Poor or above. The NGT says that firecrackers are meant to celebrate happiness, not deaths and illnesses. 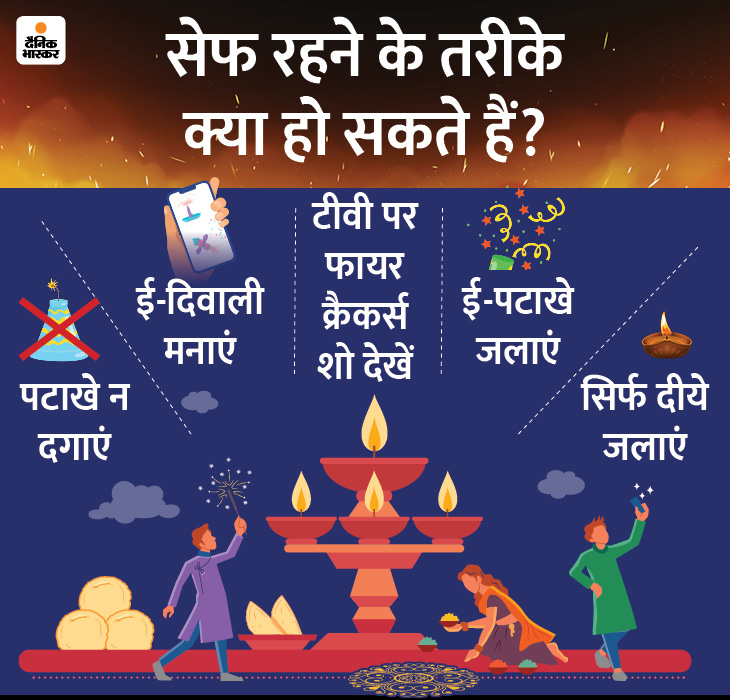 How much does bad air and firecrackers affect health?

Uma Kumar, head doctor of the Rheumatology Department at AIIMS Delhi, says that firecrackers have all the side effects of pollution. It may cause problems such as respiratory disease, eye irritation, allergy, hearing loss. There is also a risk of burn injury.

Many people are also prone to fear due to loud sounding firecrackers. Especially in young children. Animals are also disturbed by humans with the sound of firecrackers.

The pollution once ignited by firecrackers does not end immediately. Its effect lasts for several days. It is still cold and the level of pollution is already high.

What order was issued by the Supreme Court?

What are Green Crackers?

From 2018, the Supreme Court stated the definition of green firecrackers. Accordingly, the use of ash in green firecrackers should be avoided, so that periculate matter is reduced by 15-20%, there is less smoke and 30-35% less pollutants.

Doing so significantly reduces nitrogen oxides (NOx) and sulfur dioxide (SO2). Apart from this, no banned chemicals like lead, mercury, lithium, arsenic and antimony should be used in firecrackers. 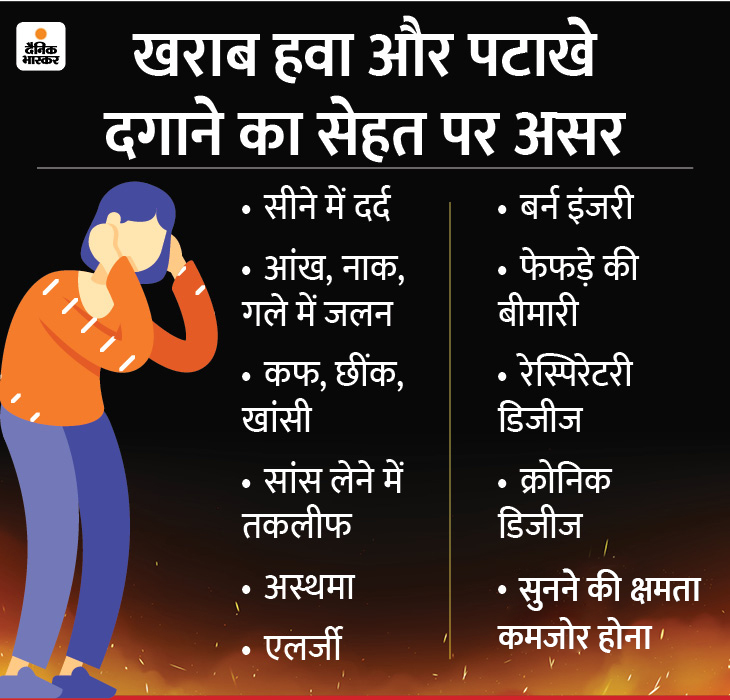 Does green firecrackers not pollute the air?

Professor SN Tripathi says that green crackers have lower pollution. But how little it is, it is not known.

Does green firecrackers cause health damage?

Doctor Uma says that if there is smoke coming out of the crackers then it is absolutely dangerous. It may be that there is a low toxin level in it. Smoke firecrackers are sure to affect people's health.
Will firecrackers be allowed in your city?
If the air quality in your city was Moderate i.e. Air Quality Index (AQI) between 51-100 in November 2019, then pollution-free crackers can be sold and run. But Diwali and Chhath will get a discount of only 2 hours.
What will be the time of 2 hours?
These 2 hours will be according to the time fixed by the state governments. If no time has been fixed by the states, there will be a discount on Diwali from 8 to 10 pm.
How is the air category decided?
The Air Quality Index (AQI) refers to air quality. In this, it is said that what amount of gases has dissolved in the air present in the atmosphere. There are 6 categories in this index. 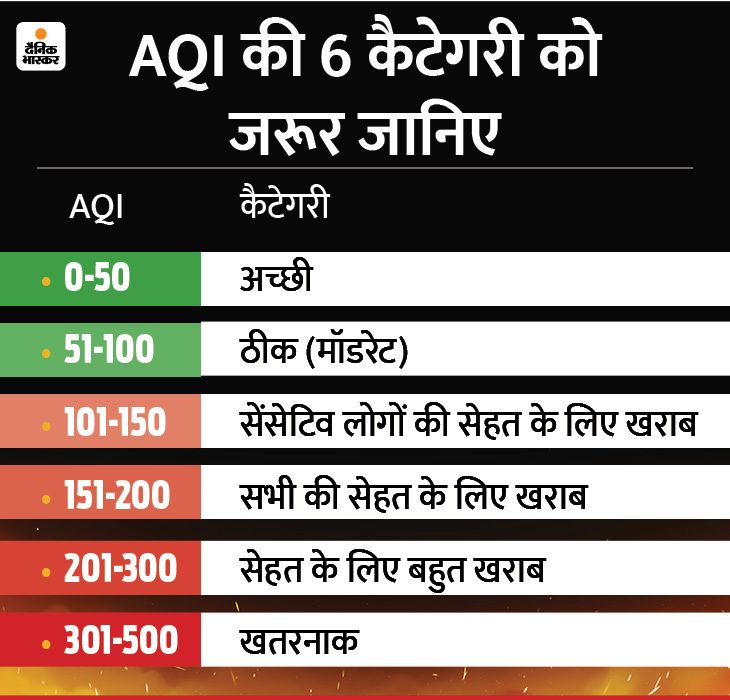 Which states have banned firecrackers so far?