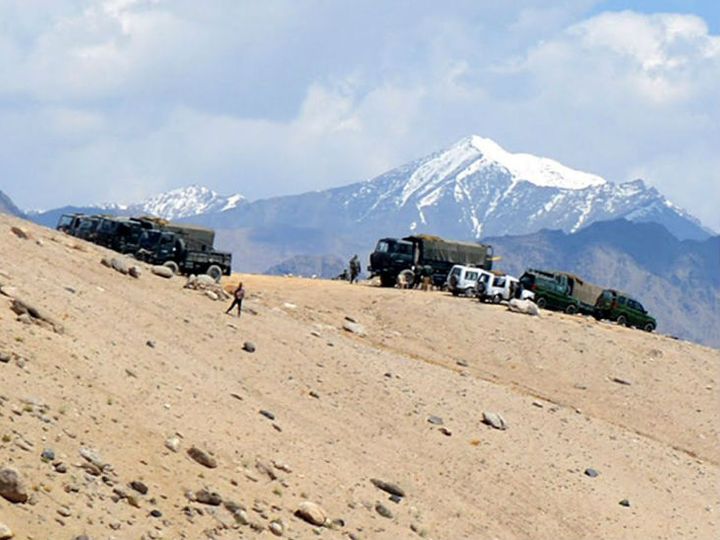 India and China are in talks over the proposal to remove the army from the Paigong Lake area of ​​Ladakh.- File Photo

There has been a big disclosure in the negotiations on the proposal for disengagement in Ladakh's Paigong Lake area. A Chinese university professor has claimed that the Chinese military used microwave weapons to evacuate the Indian Army occupying peaks in Ladakh. This forced India's troops to retreat.

Jin Kenrong, Associate Dean of Renmin University's School of International Studies, made this claim in an online seminar. A video of this has surfaced. In it, Jin is saying that his (India) army captured two peaks. These peaks were very important from a strategic perspective.

This was a very dangerous situation. Because of this there was a lot of pressure on the Western theater command. He was ordered to withdraw these peaks somehow. He was also ordered not to fire under any circumstances. It was very hard work.

'It was a great idea'

The Chinese professor said that in the meantime our soldiers came up with a great idea. He spoke to other troupes and a solution to the difficult matter came out. They used microwave weapons. They attacked the peaks from below and turned them into microwave ovens. Within 15 minutes, Indian soldiers started vomiting. They could not even stand up. Eventually they left the peaks and left. In this way we withdrew both peaks. It did not violate any agreement.

No one spoke on this incident

British newspaper The Times quoted Jin as saying that the incident was not much publicized, because we had solved the problem beautifully. India too did not talk much on this issue because they were so badly defeated. According to the Times, the attack was carried out on 29 August.

What are microwave weapons?

Microwave is a form of electro-magnetic radiation. It is used in cooking and radar systems. In 2008, the UK magazine New Scientist reported that microwaves can heat body tissue. Through the ears it produces a shockwave inside the head. Many countries are doing research to use this technology as a weapon.

The Times claimed that China's alleged use of microwave weapons against the Indian Army could be their first deployment against the troops. Research on microwave weapons has been going on for decades. The greatest feature of such weapons is that they are considered less lethal. There is no risk of serious injury or death from them.

Between 2016 and 2018, more than 36 US diplomats and their families fell ill. These diplomats were stationed in China and Cuba. The New York Times reported in 2018 that these people felt a loud noise in their ears and felt like ringing bells. It was claimed that microwave weapons have been used on them.

In 2017, Popular Science reported that China was working on microwave weapons that could make missiles or other machinery useless by using electronics. Such weapons will attack any target with an energy pulse between 300 and 300,000 MHz. This much energy overloads the enemy's electronic circuits, causing them to shut down.

Such microwave weapons can be placed on drones or cruise missiles to deteriorate enemy radars, communications and ground-to-air missile systems.

Competing with America and Japan

In February 2019, media supported by the Chinese government reported that the country is working on a non-harmful microwave weapon. These weapons will be helpful in stopping violent activities and dispersing the protesters. They will greatly facilitate the police and Coast Guard forces.

In the case of microwave weapons, China's development program aims to compete with countries like the US and Japan. The United States has accused China of laser-firing its planes operating in the South China Sea.

Sanya Malhotra wants to work in dance film, said- I send message to the Universe everyday