Indian Army sets world record for longest ride through a tunnel of fire | The captain drove the bike in a 127-meter burning tunnel; In Jabalpur, jawans break old records by bouncing bikes above 65 people 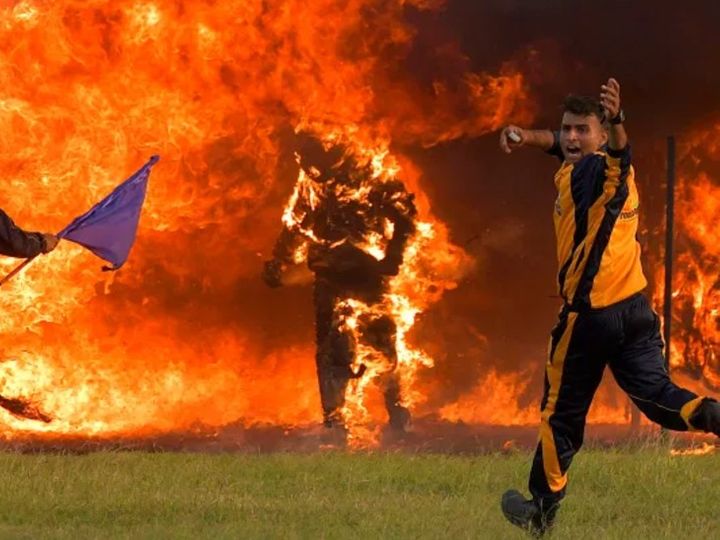 The photo is of ASC Ground in Bengaluru. When Captain Shivam came out with a bike from the 127 meter burning tunnel, he was badly engulfed by flames. The soldiers immediately rushed him to the hospital.

Earlier this record was recorded in the names of South Africa's Enrico Showman and Andrey de Kock. They both crossed the 120-meter burning tunnel in 2014 by bike. The second record is set by the Army's Dare Devils team at the Signal Training Center in Jabalpur. Here Captain Dishant Kataria has broken the old team record of himself by bouncing the bike above 65 people.

Captain Shivam scorched by fire
Captain Shivam Singh, who passed through a 127-meter burning tunnel, has also been burnt by fire. This record was made at the ASC Ground in Bengaluru. Immediately after crossing the tunnel, Shivam was immediately rushed to the army hospital by an army ambulance. It is said that the bike with which Captain Shivam crossed the burning tunnel has completely burnt down. The name of the team “Tornado” has already recorded many records. 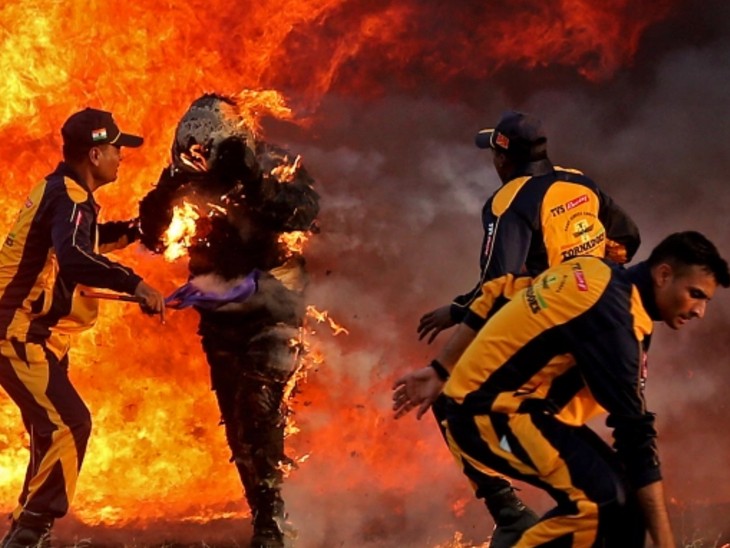 The army men extinguished the flames from the body of Captain Shivam after leaving the burning tunnel.

According to the army, in 2017, 58 people rode a single 500 CC Royal Infield Bullet and ran up to 1200 meters. This team was led by Major Bani Sharma and the bike was run by Subedar Rampal Yadav. Earlier this team had set a record of riding bikes with 56 people. 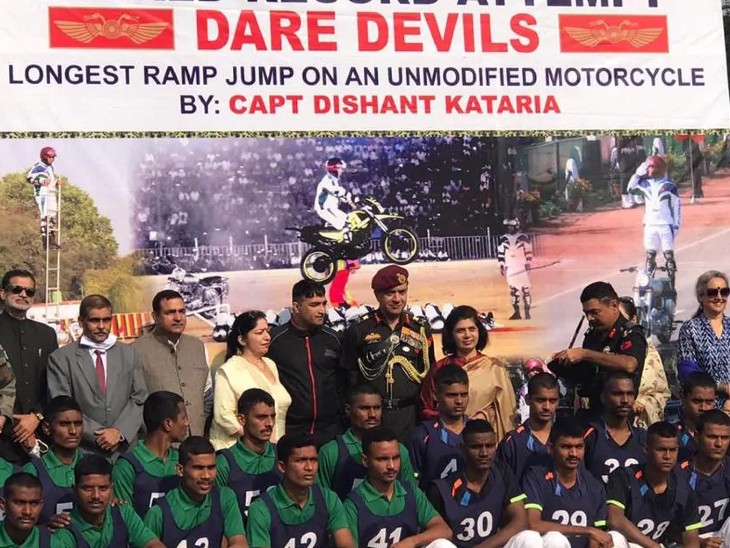 After removing the bike from above 65 people, the Captain and the soldiers who were part of this record got group photography done.

The Army's Dare Devils team at the Signal Training Center in Jabalpur broke their own record set in 2013. On Tuesday, Captain Dishant Kataria bounced and crossed over 65 people. The captain has jumped 60.4 feet from the bike. Earlier in 2013, the team of Dare Devils set a jump record of 44.10 feet. Then this bike went over 51 people.