Russia has now reached a peace agreement between Azerbaijan and Armenia. This is in a way the victory of Azerbaijan in this war.

The sound of bomb blasts echoing day and night in Nagarno-Karabakh, nestled in the hills of the Caucasus, will now calm down. Russia has now entered into a peace agreement between Azerbaijan and Armenia, fighting for the occupation of this area with beautiful litigants. This is in a way the victory of Azerbaijan in this war. Armenia will now have to retreat from Nagorns-Karabakh. Azerbaijan, settled on the coast of the Caspian Sea, has regained its 'stripped ground' in a six-week battle.

Indians living in Azerbaijan have also played their part in this battle. Indians here work in the oil and gas industry or run their own businesses. Indian doctors also live in Azerbaijan. Dr. Rajni DeMello is a doctor by profession and runs a hospital in the capital Baku under the name Indian Clinic. Her husband Ronald DeMello also works with her. The Demelho couple are helping those affected by the war.

Indians trapped in Armenia war: 37 days of war; Some people are fighting at the border, others are waiting for a call from there 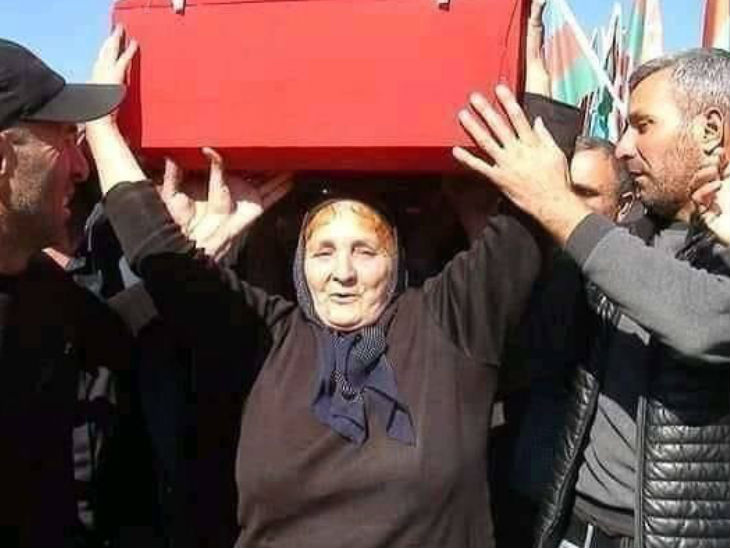 The mother of the soldier who was martyred in this war, who shouldered the body of his son.

Dr. Ronald DeMello says, 'I am originally from Mumbai. I have been running a hospital in Azerbaijan for 25 years. This is a very good country, which is stuck in war. We are meeting people whose families have been killed and helping. ' 19-year-old Isjender Oklu of Fijuli area has been killed in the war. There were no tears in his eyes when his mother was shouldering his funeral. There was fierce sloganeering during the last farewell. The DeMello couple arrived to meet the family.

Dr. Rajni says, 'We met a mother who has lost her son. We went to share their sorrow, but the grief of losing loved ones is one that keeps growing. We try to help families financially. The most difficult is to meet the children who are being killed in this battle. The seeds of hate are being sown in the innocent hearts of small children. This is the most tragic aspect of the war.

Azerbaijan alleges that Armenia launched a missile attack in the populated area of ​​Ganja city, about 70 km from the Nagarno-Karabakh border in October. Many Azerbaijani civilians were killed in this attack. Dr. Rajni and her husband Dr. Ronald DeMello also went to visit the families of the people killed in Ganja. Dr. Rajni says, “We met Nayala, three years old, at whose house cluster bombs were dropped. The girl is now left alone in this world. His mother, father, grandparents were all killed in the missile attack. Now she is with relatives. 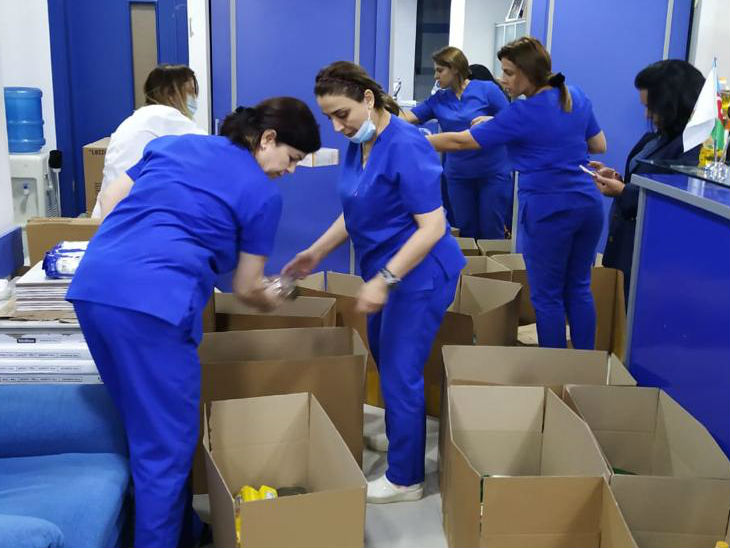 Relief supplies are being packed to help the people of the areas affected by the war.

Dr. Rajni says, “Remembering that day, that girl was telling me that mud fell on my mouth and after that my mother disappeared. He has not seen his mother since that moment. This war has taken away a lot of people. Previously, people who used to watch movies or serials on TV, now watch news all the time. This battle is not only on the border, but is also going on in the hearts and minds of the people. There is no one in Azerbaijan who has not been affected by the war.

When the news of Azerbaijan army moving forward comes on TV or social media, its effect is seen on the streets too. People are sending messages to each other and congratulating them. After the news of Azerbaijan's victory over the important city of Shusha, the entire city of Baku took to the streets. Now after the declaration of peace agreement people are congratulating each other. The victory of Karabakh has added new vigor to Azerbaijan.

Story of Armenia War Zone: Indian doctors say – Soldiers who have lost hands and feet all night come, they insist on returning to war

The battle between Armenia and Azerbaijan has come at a time when the world is facing the Corona epidemic. Dr. Rajni says, 'All businesses are affected because of this fight. It has an effect on everything. Many offices and restaurants have closed. Indians are also affected by it. 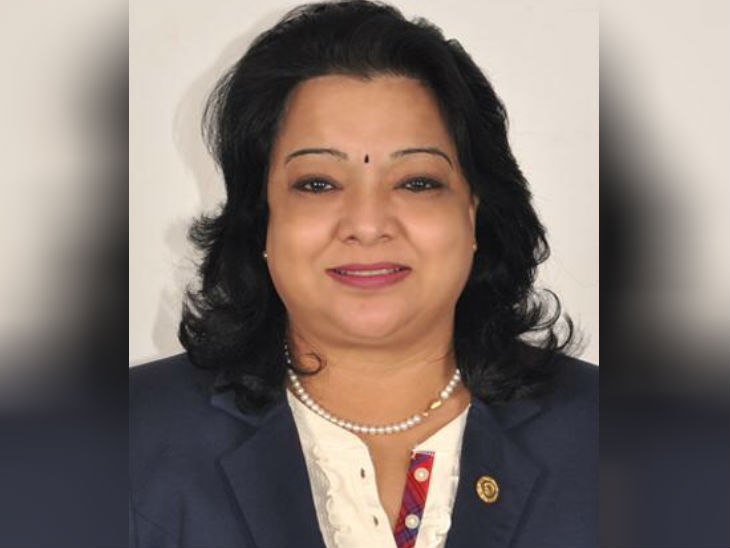 Dr. Rajni DeMello is a doctor by profession and runs a hospital in the capital Baku under the name Indian Clinic.

Azerbaijan first had strict rules regarding corona. There was a ban on the mobilization of people, but now the crowd is gathering in the last rites of the people being killed in the war. Dr. Rajni says that this has also caused the risk of corona and enlargement in Azerbaijan. In Azerbaijan, anyone over 18 years of age can call the army to fight. People from most families have gone to fight in Nagarno-Karabakh here. Dr. Rajni says, 'Young children have gone to battle from the homes of our kalig, their relatives or those who work at home. There is an atmosphere of sorrow in those houses. Their mothers keep on crying. She feels that she will not come back.

Many people have been called to fight officially, while many are going to join the fight on their own. Common people of both the countries of Azerbaijan and Armenia have also arrived with weapons in this war. The spirit of nationalism dominates here.

Dr. Rajni says, 'Of the two people we met in the war, one of them was a soldier and one went to fight on his own free will. He was an engineering student and worked at night. He had comforted his mother on the phone a week earlier that nothing would happen to him, but when she spoke to her mother the last time, she said that now I will not be able to come back. He told his mother that you will be called a martyr's mother. '

Wipro Azim Premji Became The Most Generous Indian In Fy20