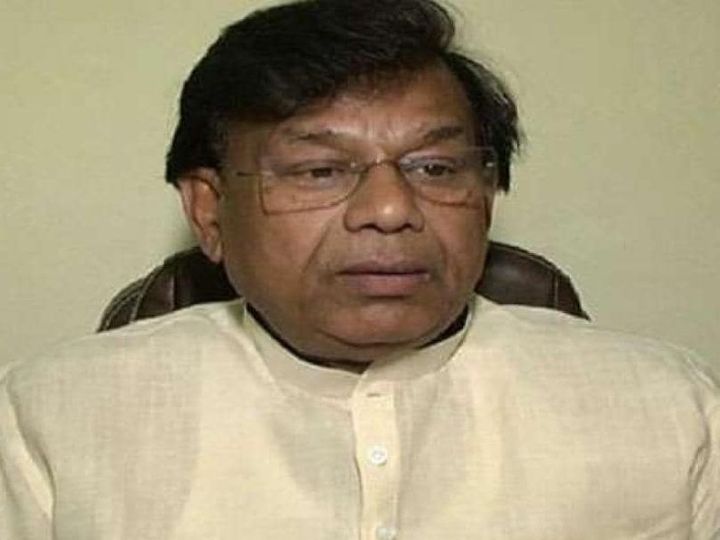 Dr. Mevalal Chaudhary is a JDU MLA from Tarapur and has become a minister in the Nitish government. His wife died of scorching fire. Former IPS has written a letter to the DGP of Bihar on the same matter.

When this letter was received by Bhaskar, we called the police officer associated with the case and asked some questions. The interesting thing is that PA of Minister Mewalal came to know about this. Exactly 22 minutes after the conversation with the Thanedar, he called the Bhaskar reporter and asked- was he doing some inquiries about the minister? 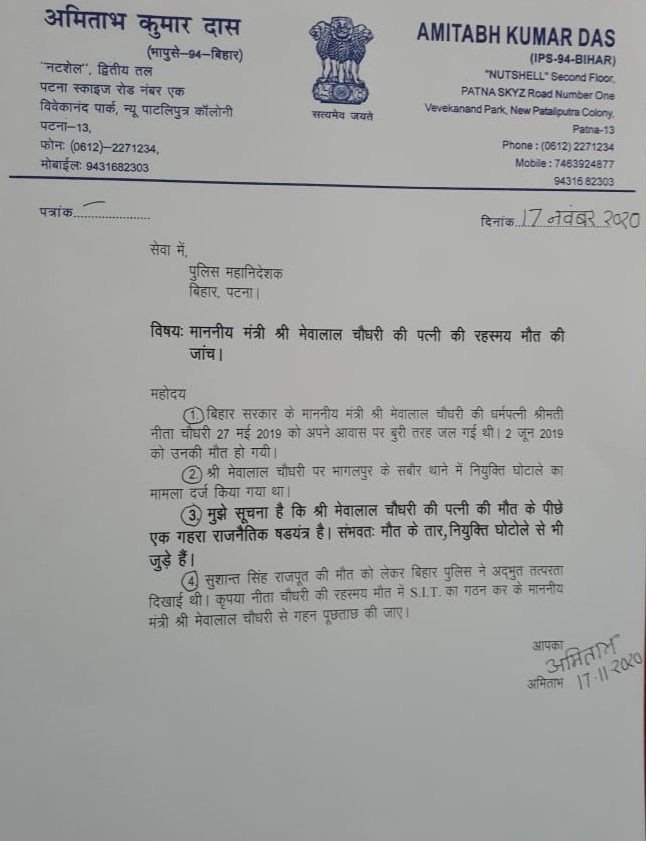 Talk to the Sho at 12.03 pm: When Bhaskar called Tarapur police station in Munger, the SHO told that on 27 May 2019, Mevalal's wife Neeta Chaudhary was in the kitchen. During this time, she got badly burnt due to fire. He died on 2 June. Mevalal's hand was also severely scorched in the process of saving his wife.

Thanedar told that Nita went to boil milk. A fire broke out due to leakage of gas pipe. The incident took place between 8 and 9 pm. The police registered a case of unnatural death (UD).

PA call at 12.27 pm The caller to Bhaskar reporter called himself the minister's PA. He began to say what the Minister was inquiring about. We asked how did you get the news? So the answer was – 'Just got it'. This matter was told to the PA of the Minister. When we asked the PA in this death case, his reply did not match with the reply of the SHO. The Thanedar reported the incident between 8 and 9 am, while PA Saheb said the matter is around 11 pm. The gas had spread throughout the house and Madame did not know.

IPS claimed conspiracy in letter
When Minister Mevalal Chaudhary was Vice Chancellor of Agriculture University, he was accused of recruitment scam. In a letter to the DGP, Amitabh Das has questioned Mevalal in the case of Neeta's death. He wrote that there is a big political conspiracy behind Neeta's death. It may be that this death is connected to the recruitment scam in Agriculture University. Amitabh has demanded that like Sushant's case, this case should also be shown speedily and SIT should be constituted and investigated. Inquiries should also be made with Minister Mevalal.