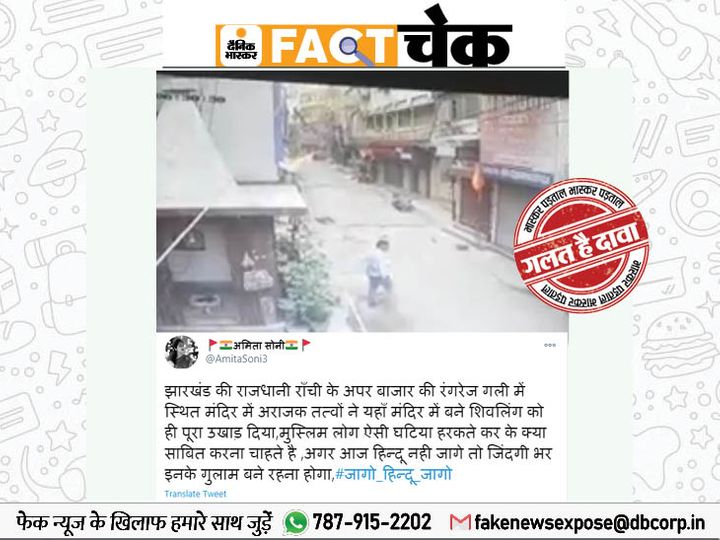 The chaotic elements in the temple located in Rangrej Gali, Upper Market of Ranchi, capital of Jharkhand, completely overthrew the Shivalinga built in the temple here, what do Muslims want to prove by doing such a shoddy act, if Hindus do not wake up today then their life To be a slave,# Wake up_hindu_jago pic.twitter.com/yG17BZck6a

The report of the Op India website has also claimed an attack by chaotic elements on the Hindu temple. 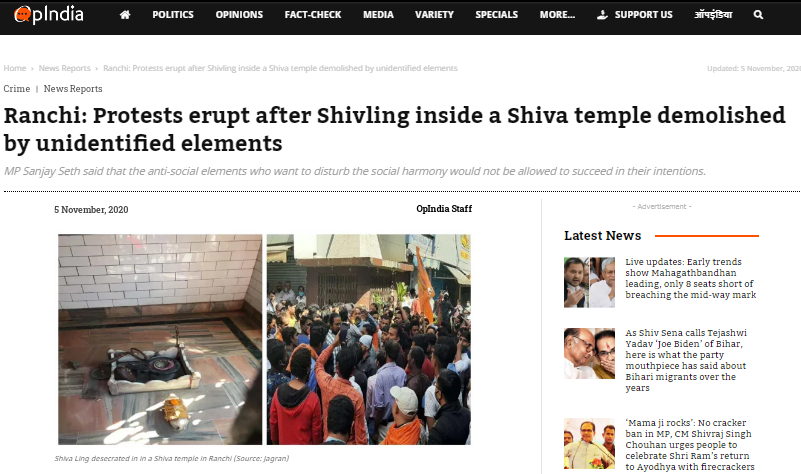 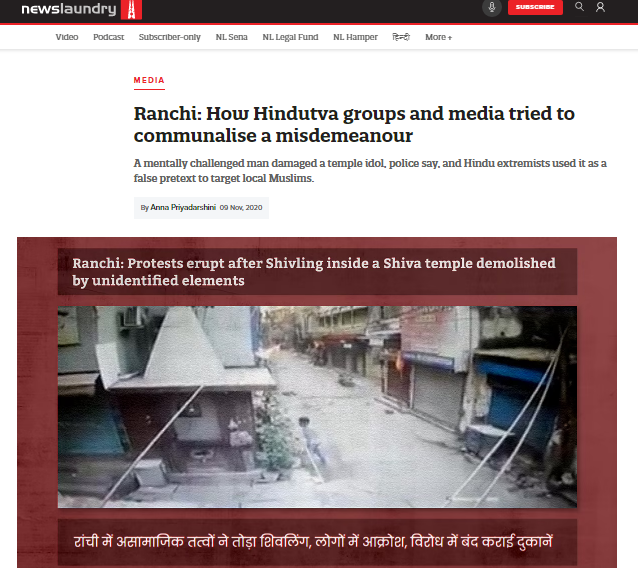 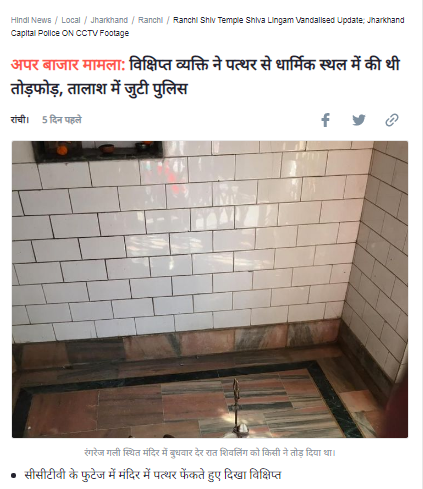