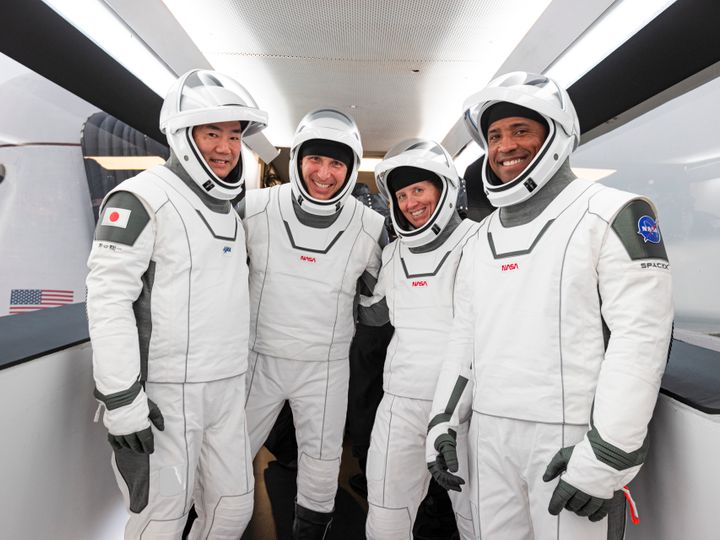 The astronauts going to the space station are Michael Hopkins of the US, Victor Glover, Shannon Walker and Soichi Noguchi of Japan. Photo- Social Media

US space agency NASA will send 4 Astronaut International Space Station at 6:30 am on Monday evening according to Indian time. This mission will be completed through SpaceX's Crew Dragon Spacecraft. This is the first operational flight of the crew dragon.

Vice President will be present at the time of launching

Vice President Mike Pence and Second Lady Karen Pence will be present at the launch. NASA hopes that if the mission is successful, it will be able to send many routine missions even further. The launch was to take place a day earlier, but was postponed due to bad weather.

Dependence on Russian rockets will decrease

In May, SpaceX completed a demo mission showing that it could send astronauts to the space station and bring them back safely. Having achieved this capability, the company can eliminate America's dependence with Russia's Soyuz rocket for its mission.

The company was formed in 2002 by Elon Musk, CEO of SpaceX. He has since outpaced his old rival Boeing. Last year, Boeing's test of the Astronaut's Starliner program failed.

Missions will continue with Russia

NASA Administrator Jim Bridenstein said on Friday that history is being made this time. We can call it our flight to the International Space Station. However, Bridenstein says that the success of SpaceX will not mean that the US will stop flights with Russia.

He said that we want to make such an arrangement that American Astronaut can go into space from Russia's Soyuz rocket and Russian Astronaut commercial crew vehicles. For a long time, relations between the US and Russia have been uncertain and worst. Despite this, there is much better coordination between the two countries in terms of space missions.

Crew Dragon was certified by NASA earlier this week. It has become the first spacecraft to be certified by NASA nearly 40 years later. Its texture is like a capsule. It will be launched with SpaceX's Falcon 9 rocket. The specialty of Falcon 9 is that it can be used repeatedly.

The agency plans to spend more than $ 8 billion on the commercial crew program by 2024. He hopes that the private sector will manage its missions to be sent to the lower orbit of the earth. This allowed NASA to focus its full attention on missions returning to the moon and then to Mars.

World Bank Accepts That Gdp Is No Scale To Measure Happiness In A New Report – World Bank acknowledges in new report, GDP is not a measure of prosperity of any country

World Bank Accepts That Gdp Is No Scale To Measure Happiness In A New Report - World Bank acknowledges in new report, GDP is not a measure of prosperity of any country