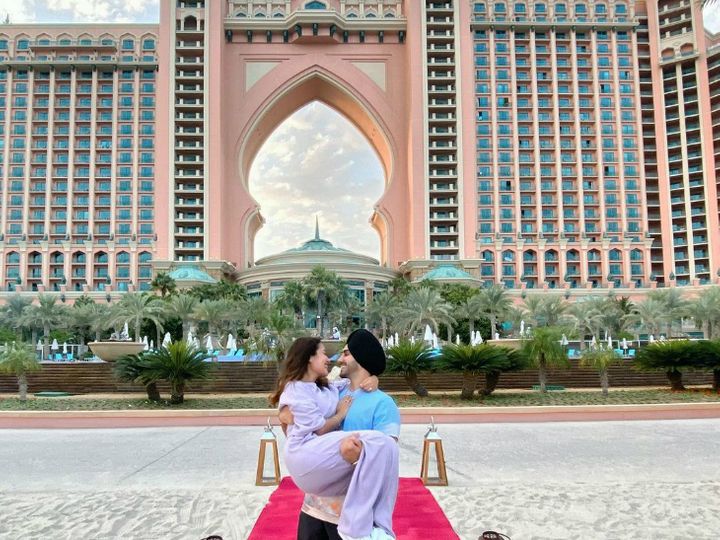 Neha Kakkar and Rohanpreet Singh are having a honeymoon in Dubai. They were married on 24 October. Neha is sharing her honeymoon photos on social media. The location tagged in his photo is of Atlantis The Palm in Dubai. Where they are spending 1 lakh rupees to stay one night.

The rooms are available in the range in The Palm
Rohanpreet Singh and Neha shared several photos of Atlantis on Instagram. According to India Today news, the lowest amount of a day for two people in The Palm is 26 thousand 834 rupees. While the highest price i.e. the cost of the Presidential Suite is 3 lakh 21 thousand 4 hundred 14 rupees. The range of the remaining suites ranges from 60 thousand per day to one lakh rupees.

Neha-Rohan is staying in Regal Suite
Neha's Instagram posts have revealed that they are both staying at the Regal Suite Club. According to the official website of Atlantis, the cost of staying one night in this Regal Suite Room is 72 thousand 403 rupees. If you have breakfast, then this price increases to 89 thousand 370 rupees. At the same time, if you also have dinner, then this price increases to 1 lakh 1 thousand 813 rupees.