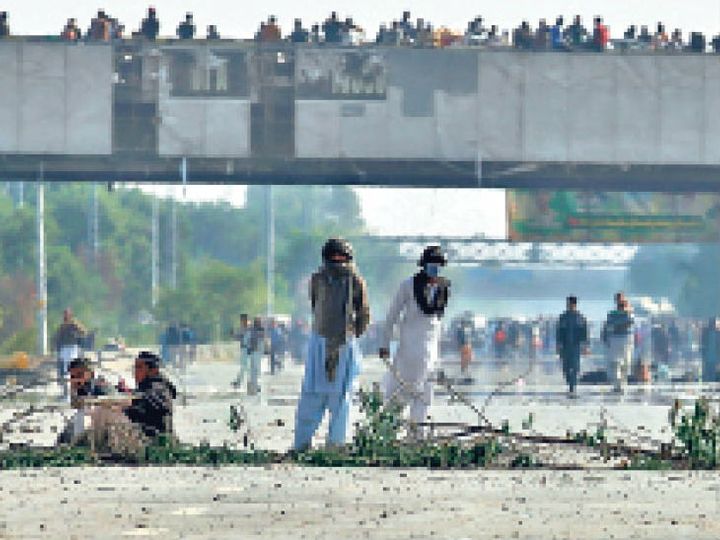 The PPP and PML-N have accused the PTI of rigging the election before the voting ends.

Despite opposition from India, no party got a majority in the elections conducted by the Imran government in POK's Gilgit-Baltistan. Imran's Pakistan Tehreek-e-Insaf (PTI) has won or is leading on 9 of the 23 out of 24 seats in the assembly.

According to Geo TV, PTI has 8, Independents 6 and Pakistan Peoples Party (PPP) 5, Pakistan Muslim League-Nawaz (PML-N) 2, Jamiat Ulema-e-Islam Fazal (JIU-F) and Majlis Wahadatul Muslimeen (MWM) got one seat each. A total of 330 candidates, including four women, are in the election fray. PPP and PML-N have accused the PTI of rigging the election before the voting ends.

In 2010 PPP got 15 seats, while in 2015 PML-N got 16 seats.
This is the third election in Gilgit-Baltistan. The first election there was held in 2010. Then the PPP came to power winning 15 seats. After that, in the 2015 elections, PML-N won 16 seats. Explain that earlier this year, the High Court of Pakistan approved the Imran government to amend the administrative order of 2018 and hold general elections in the region. India has opposed Pakistan's move to hold elections in Gilgit-Baltistan. India said that the steps taken to change the situation in the military-occupied area had no legal basis.
Extremist TLP supporters surround Islamabad in cartoon controversy
The ongoing protests in Pakistan over the cartoon controversy in France do not seem to stop. On Monday, supporters of the extremist group Tehreek-e-Labbaik Pakistan (TLP) tried to block the capital Islamabad against the cartoon. A protest march was taken out in Rawalpindi under the leadership of TLP chief Maulana Khadim Hussain Rizvi. According to reports from Pakistani media, more than 3000 supporters of TLP reached Faizabad in Islamabad from Rawalpindi where police stopped them by barricading outside the area.

Supreme Court Refuses To Interfere With Posting In Army, Says Somebody Has To Go To Andaman And Ladakh