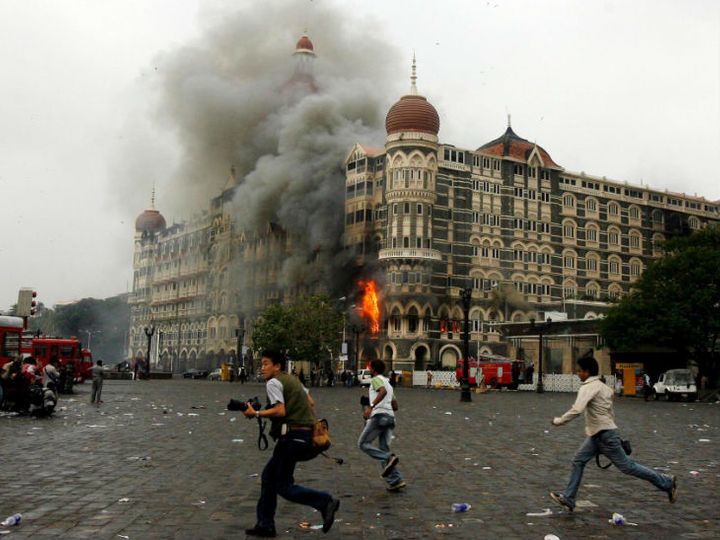 On 26 November 2008, Pakistani terrorists from Karachi via sea attacked many places in Mumbai. -File photo

Pakistan's Federal Investigative Agency (FIA) has released the list of the country's most wanted terrorists. These include a total of 28 terrorists. Of these, 19 are said to be involved in the conspiracy of the 2008 Mumbai attack. The agency's dossier described all 19 terrorists as members of Lashkar-e-Taiba. India says that the perpetrators of the attack are not in this list.

Reacting to the list on Thursday, External Affairs Ministry spokesman Anurag Shrivastava said that the masterminds and conspirators of a heinous terrorist attack have been brilliantly released. India has repeatedly asked Pakistan to let go of its strategy of weakening the Mumbai attack case while carrying out its international obligations.

He said that we have seen the report of Pakistani media about the list of most wanted and high profile terrorists issued by the FIA. This includes only a select few members of the Lashkar-e-Taiba who were declared terrorist organizations by the United Nations. Among them are the crew members of the boat used for the 26/11 attack. However, the masterminds of the attack and those who played a key role in the plotting are left out.

Spokesperson Srivastava said that it is a fact that the plot of 26/11 terrorist attack was hatched in Pakistan. This list of the FIA ​​is clear that Pakistan has enough information and sufficient evidence of the perpetrators and those who helped them.

Pakistan is not honest in getting justice

A Foreign Ministry spokesman said that several countries have asked Pakistan to bring justice to the victims of the attack as soon as possible. The attack is about to complete 12 years. It is a matter of great concern that despite the necessary evidence provided by India, Pakistan is not showing honesty in bringing justice to the families of 166 victims from 15 countries.

On 26 November 2008, a group of Pakistani terrorists, who arrived by boat from Karachi, entered Mumbai by sea and attacked many places. Together they targeted the Chhatrapati Shivaji Railway Terminus, Taj Hotel, Hotel Trident and a Jewish center. A total of 166 people, including 28 foreigners, were killed in the nearly 60-hour attack.

Future Retail Tells Delhi HC Amazon Is Not Shareholder And Has No Say In Company Affairs – Future Retail told Delhi High Court, Amazon has no right to speak in company's affairs

Future Retail Tells Delhi HC Amazon Is Not Shareholder And Has No Say In Company Affairs - Future Retail told Delhi High Court, Amazon has no right to speak in company's affairs