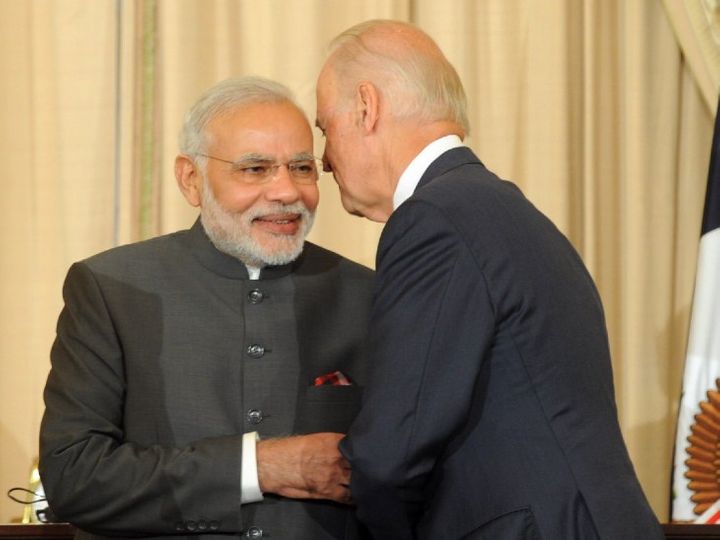 This photo is from 2014. When Joe Biden was the Vice President of the US and Narendra Modi was elected Prime Minister of India.

Prime Minister Narendra Modi spoke to US President Elect Joe Biden and Vice President Kamala Harris over the phone on Tuesday. The Prime Minister gave information about this by tweeting. He wrote, “Congratulated America's President Elect Joe Biden on the phone.” We reiterated our commitment to the Indo-US Strategic Partnership. Issues like the Kovid-19 epidemic, climate change and mutual support in the India Pacific Region were also discussed.

Spoke to US President-elect @JoeBiden on phone to congratulate him. We reiterated our firm commitment to the Indo-US strategic partnership and discussed our shared priorities and concerns – Covid-19 pandemic, climate change, and cooperation in the Indo-Pacific region.

In the second tweet, Prime Minister Modi said that he also congratulated America's Elect Vice President Kamala Harris. He wrote that his success is a matter of pride and inspiration for the Indian-American community. It is a tremendous source for the Indo-US relationship.

I also conveyed warm congratulations for VP-elect @KamalaHarris. Her success is a matter of great pride and inspiration for members of the vibrant Indian-American community, who are a tremendous source of strength for Indo-US relations.

Jaishankar said, “We have worked with him (Joe Biden) when he was the Vice President. I was stationed there (US) as an ambassador during the last stage of the Barack Obama administration. We already knew him when he became a member and then chairman of the Senate Foreign Relations Committee. ''