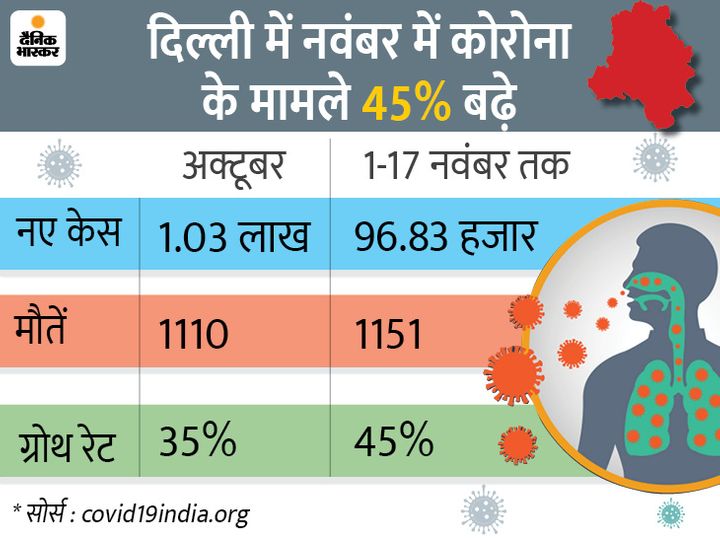 In Delhi, facing the third wave of Corona, the Kejriwal government is preparing to impose a mini lockdown. Approval has been sought from the central government to keep the market closed. At the same time, a rule has been proposed to include 50 people instead of 200 in weddings. Let's understand why it is needed in Delhi? How can the lockdown be implemented and its effect?

Where will the ban take place?

1. Markets that may become Corona's hotspots may close

CM Kejriwal said on Tuesday that if markets are not following the rules of wearing masks and social distancing and that place can become a Corona hot spot, then such markets should be allowed to close for a few days. Such a proposal is being sent to the Center.

Lockdown may occur in these markets of Delhi

The Delhi Government's proposal of mini lockdown has been opposed by the Confederation of All India Traders (CAT). He says that we are united against Corona, but the consequences of closing the market should be thought about.

When the situation in Corona became normal, 200 people were allowed to attend weddings instead of 50. In view of the increasing cases of corona, the Delhi government has sent a proposal to limit the number of people attending weddings to 50.

This year there are 7 big Muhurats of weddings in November-December. During this time around 4 thousand marriages are going to be held in Delhi. Many people who were unable to get married during the lockdown have planned it in November-December. The wedding season will begin on 25 November, the day of Devouthani Ekadashi. The houses, which have weddings in November, have started distributing the invitation cards and distributing them in view of the limit of 200 people to invite guests.

According to data from wedding planner site weddingz.in, this season of weddings in Delhi is between four thousand crores to five thousand crores rupees. If markets are closed and the number of guests at weddings is reduced it will be affected. This is because businesses like cloth market, wedding planner, catering, hotels, banquet halls are associated with the wedding season. 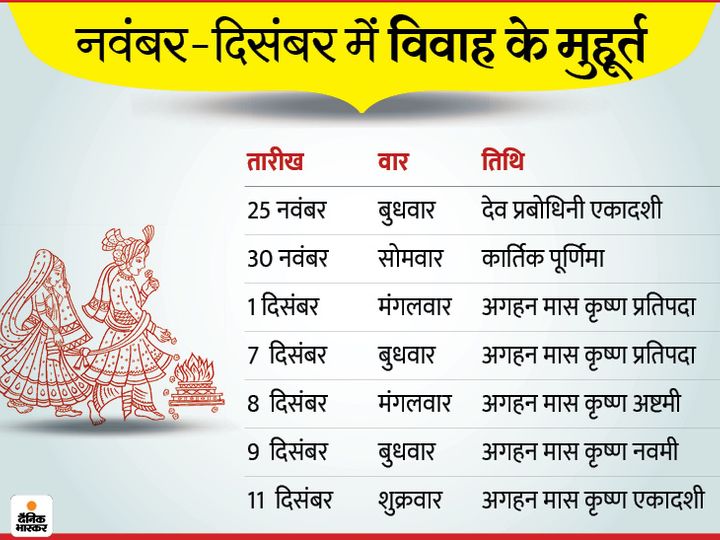 All the guest houses in Delhi, wedding venue have been booked for November-December. Delhi's wedding planner Lalitha Raghav said that the highest booking has been done for November 25. Tulsi marriage is on this day. People are also willing to spend more money to get married on this day. After 25 November people want to have a wedding and reception on 30 November and then on 11 and 12 December. The wedding venue on these four dates is almost complete.

This time the Delhi government has stopped celebrating Chhath at the Ghats. The state government had issued an order for this only last Friday. This time Chhath Puja is starting from 18 November. The ban on Chhath is also being opposed.

Even if the lockdown was imposed in Delhi, travel ineffective

Even if there is a lockdown in Delhi, it will not affect the travel. Trains and flights will continue. Big restrictions will be imposed on the markets. No proposal has been sent to close the Delhi Metro also.