This picture is of the house of Kamlesh Sahu living in Kendri village of Raipur. A crowd of people is gathered here after the death of five people.

On Monday night in Raipur, a young man hanged himself after killing his mother, wife and two children. The case is of Kendri village in Abhanpur. Neighbors reported the incident on Tuesday morning. The cause of this incident has not been ascertained till now. The villagers have said that the family is worried about the illness. Chhattisgarh's Home Minister Tamradhwaj Sahu has ordered an inquiry into the case.

SSP Ajay Yadav of Raipur said that Kamlesh Sahu, who lives in Kendri village, killed his wife, mother and two children. After this, he himself hanged himself. On the information of the villagers, police reached Kamlesh's body hanging from the noose, while the bodies of his mother, wife and both children were lying on the ground. 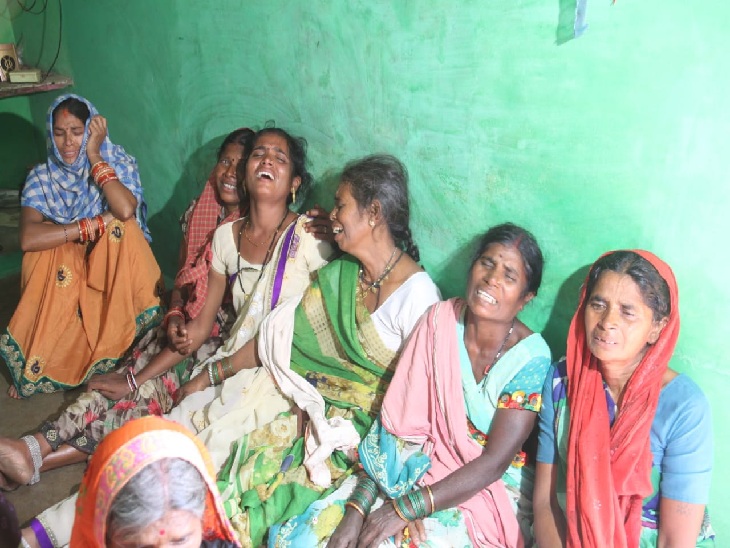 Weeds have died in the village after the deaths of five people belonging to the same family.

The villagers said that they are worried about the disease
According to the SSP, the villagers say that the family members were troubled by some illness. This may be the reason behind the incident. However, the police have not yet reached any conclusion.

Home minister ordered an inquiry
Chhattisgarh's Home Minister Tamradhwaj Sahu has ordered an inquiry into the case. He said- It is a big deal to die all the five people of the same family. I have asked to find out the cause of the incident at the earliest.