15 countries in the Asia-Pacific signed the world's largest trade deal on November 15 at the 37th ASEAN (Association of Southeast Asian Nations) Summit. The gross domestic product (GDP) of the countries involved in this deal is $ 26 trillion, or more than 30% of the total GDP of the world. India has decided to stay out of this deal.

Vietnam had annual summit of this association of 10 South East Asian countries. Deal was signed at this summit. The remaining 15 countries finalized it on Sunday after India's decision to stay out of the deal. Most of the countries involved in the deal are economically dependent on China. This deal is seen as China's attempt to increase influence in the region. 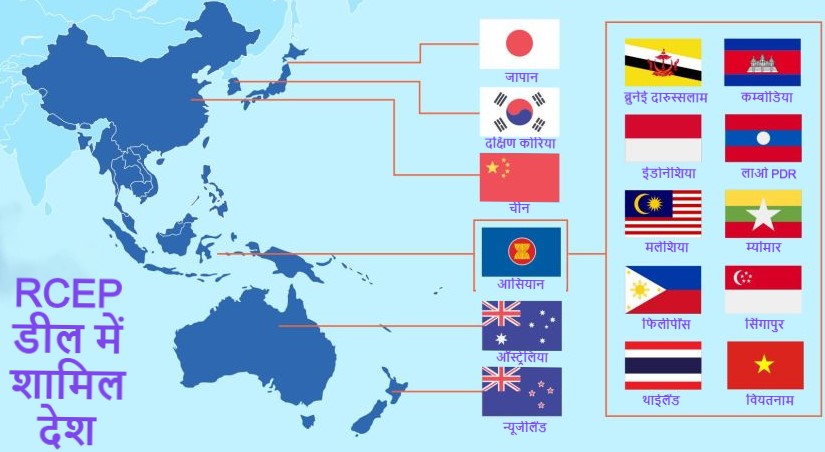 Which countries are included in the RCEP?

RCEP has so many benefits, so why did India stay out?

What did India lose by not joining RCEP?

What kind of opportunities are made for India now?

What does the RCEP deal mean for China?