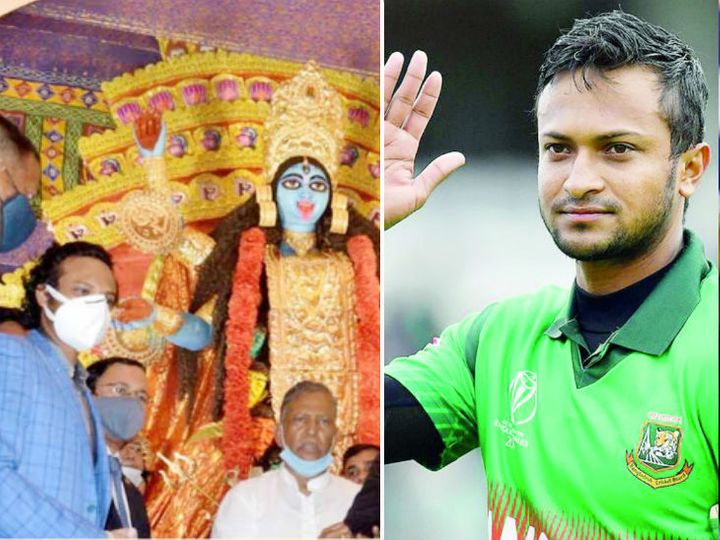 Shakib apologizes
Shakib said on his YouTube channel, “I would not like to go to that place (Kolkata) again.” If you think this has happened against you, I apologize. I will try not to do this again. There have been reports on the news and social media that I went for the ceremony, but it is not so. I did not do any similar (worship) work. Being a conscious Muslim, I will not do this. This case is very sensitive. If I have made a mistake, I apologize for that. “

Mohsin's wife detained
Meanwhile, Mohsin, who threatened Shakib, escaped. Sylhet police have taken his wife into custody. The family of the accused said- Mohsin is a drug addict.

Video link check started
ADG Police BM Ashraf Ullah Tahir of Sylhet said that investigation into the case has been started. The video link has been handed over to the cyber forensics team for investigation.

Accused also apologized
It did Facebook Live on Sunday afternoon. Subsequently, the accused did another live and apologized. During this, he also advised all the celebrities including Shakib that they should not do such work. However, both of these videos have been removed from Facebook.

Shakib has faced restrictions due to fixing
Shakib was banned because of the fixing case. It ended on 29 October only. Now Shakib has returned to the field. At the moment, they have started practice.

Google can soon reveal how to use Chrome Browser via Video

Raipur Family Murder And Suicide Update; Man Kills His Wife and Children | The young man hanged after killing his mother, wife and 2 children, the villagers said - the family was troubled by the disease