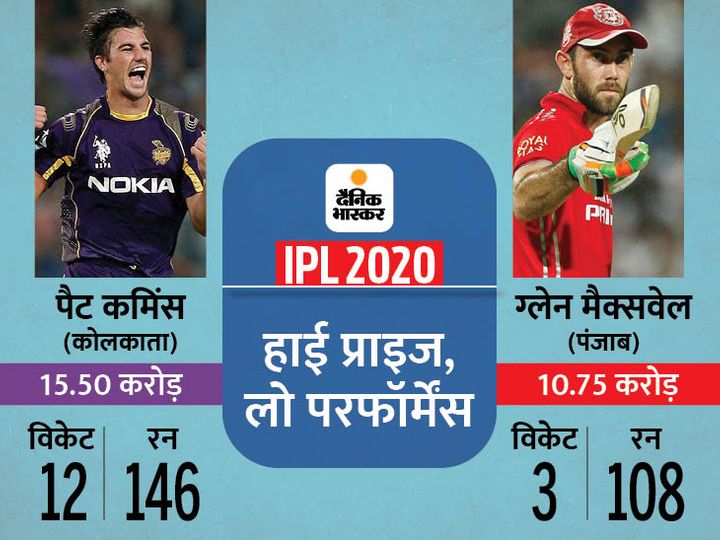 The 13th season of IPL is over. In the finals, Mumbai Indians have won the title for the 5th time by defeating Delhi Capitals. 78 bowlers took 668 wickets in a total of 60 matches this season. 20 bowlers could not even open an account. Australia's Pat Cummins was the most expensive bowler of the season, the Kolkata Knight Riders bought the highest price at auction for Rs 15.50 crore.

However, they cost the team dearly. Cummins took 12 wickets in 14 matches. There was a time in the middle tournament when he did not get any wickets in 4 consecutive matches. Sunil Naren is named second in this list. He was retained by KKR, which was valued at Rs 12.50 crore. He could take only 5 wickets in 10 matches. His one wicket cost the team more than Cummins i.e. Rs 2.50 crore. 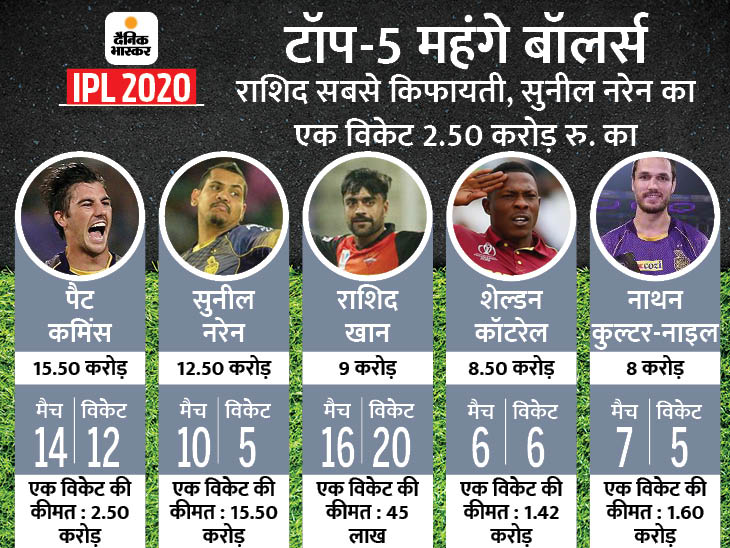 Murugan, Gopal and Arshdeep most economical

There were also some bowlers in the season, which the franchisees bought at a very low price, which were quite economical compared to the expensive players. These include Murugan Ashwin and Arshadip Singh of Kings XI Punjab and Shreyas Gopal of Rajasthan Royals.

Norteje is a trump card for Delhi
Enrich Nortze was not bought by anyone at the auction. After this Delhi Capitals added him to the team at the base prize. This decision of the management proved to be correct and the Nortje trump cards. He took the team to the final with 22 wickets in 16 matches. Nortje also bowled the first and second fastest ball in IPL history, scoring 156.22 and 155.21.

Young T. Natarajan surprised veterans
Yorker specialist T Natarajan can be called the IPL finder. This was his second season in the league. He played 16 matches for Sunrisers Hyderabad this season, taking the team to the play-offs with 16 wickets. 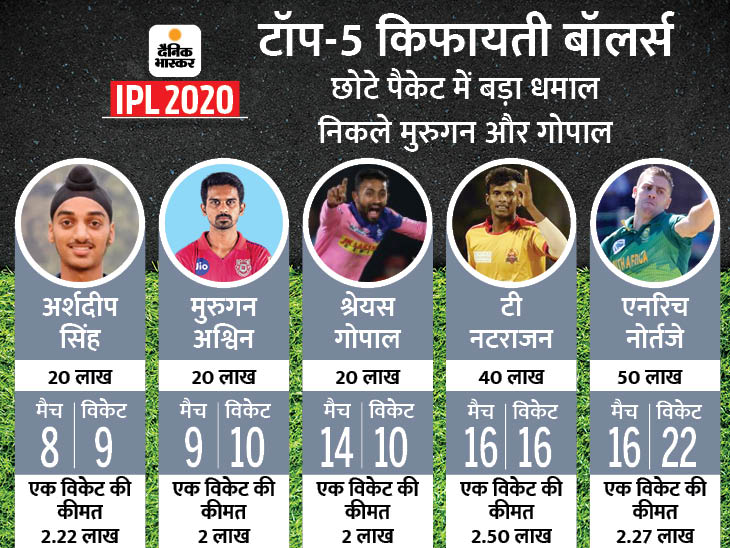 Among all-rounders, the fans were eyeing England World Cup winner Ben Stokes and Australian all-rounder Glenn Maxwell the most. But both of them proved to be the most expensive for the team. Stokes joined the team in the middle tournament because of his father's cancer. He took just 2 wickets in 8 matches. In this sense, the team got their wicket of Rs 6.25 crore.

Maxwell could not hit a single six in 13 matches
The most surprising thing was for Kings XI Punjab. He bought Australian all-rounder Glenn Maxwell at a cost of Rs 10.75 crore, but he scored just 108 runs in 13 matches and took 3 wickets. Shockingly, they could not hit a single six. The franchise had a wicket of 3.58 crores and a run of 9.95 lakhs. 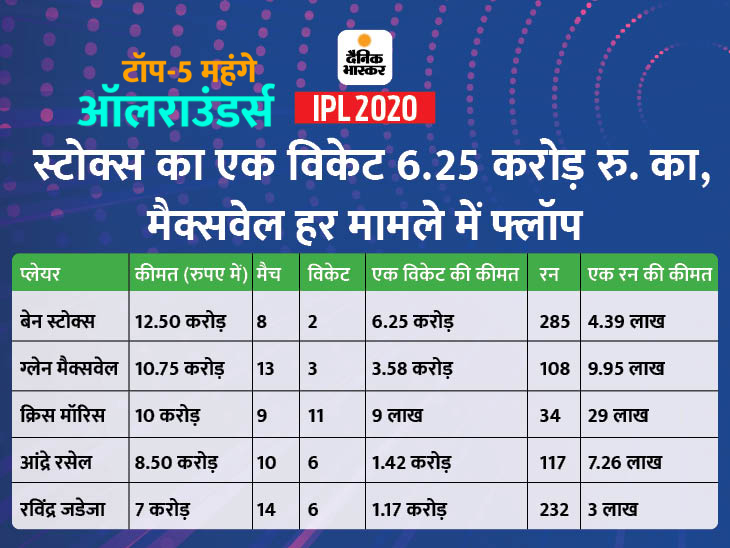