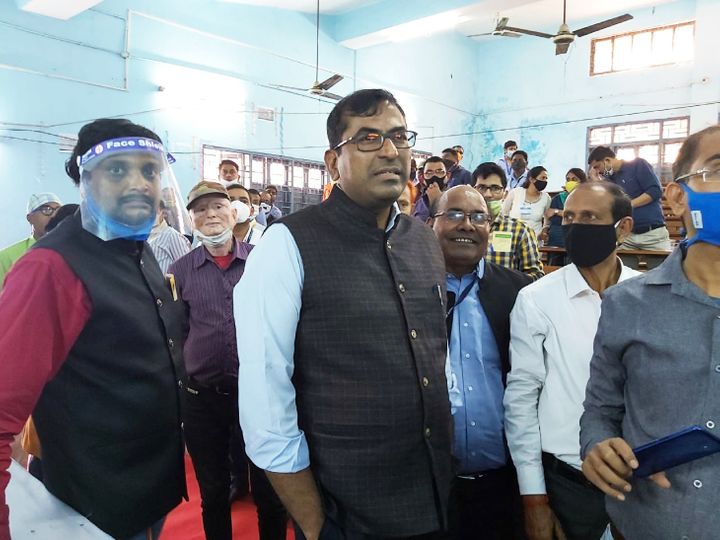 Patna DM Ravi (center), who came to inspect the counting center, appeared without a mask

The counting of votes in Corona's Bihar assembly elections is still going on. Inside the counting center, the corona guideline is being followed, but the guideline is kept on the outside, waiting for defeat and victory. Patna DM Kumar Ravi who reached the counting center said that the result will not come before 5 pm in any assembly constituency. The DM, who came to inspect, was seen without a mask. 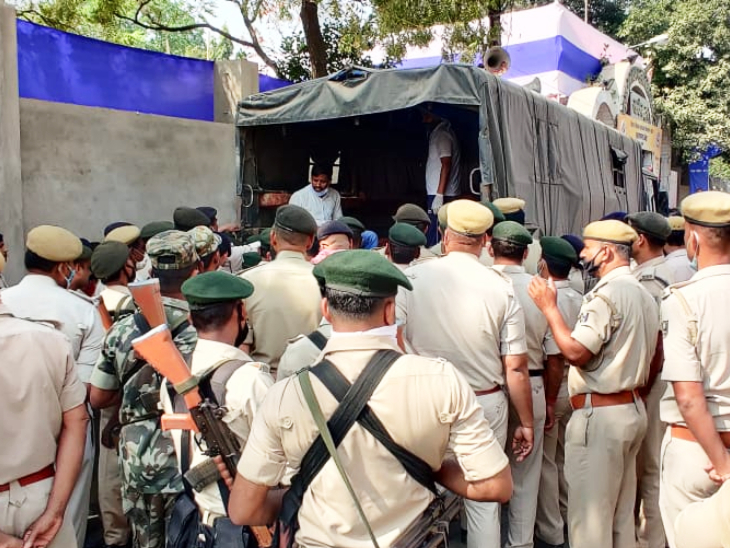 The RJD dressed in green was seen outside the counting center in the morning. By the afternoon, it changed color to saffron and the number of NDA supporters started increasing. The enthusiasm which was seen on the faces of RJD workers in the morning, they are getting colder by the afternoon. Here some workers were seen without wearing a mask. While on duty, the policemen themselves forgot social distancing while taking food. 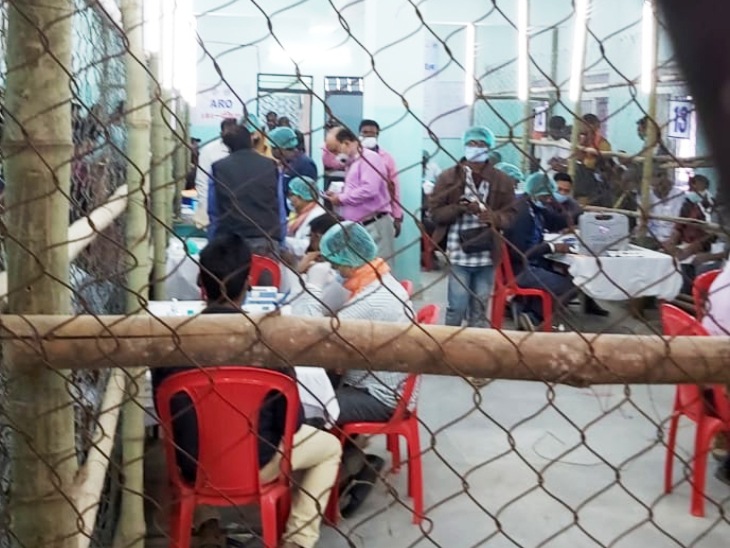 Employees inside the counting centers were seen following the corona protocol.

On the other hand, the view inside the counting center looked completely changed. Every employee on duty here was shown to be fully following the corona protocol. There are two centers for counting the votes of each assembly. This time, only one EVM is placed on a table. 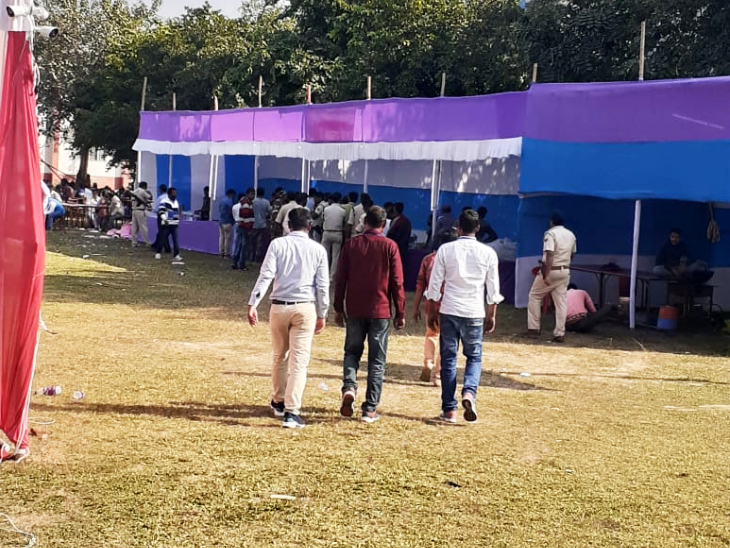 Kovid protocol not visible at counting centers in Gaya

Counting centers have been set up at Jagjivan College, Anugrah Memorial College and Gaya College in Gaya. Here only the face mask was seen in the name of Kovid protocol. At the entrance, neither the system of taking the temperature nor hand sanitization was seen. There is a gathering of party workers 200 meters away from the counting center and social distancing is absent here too. 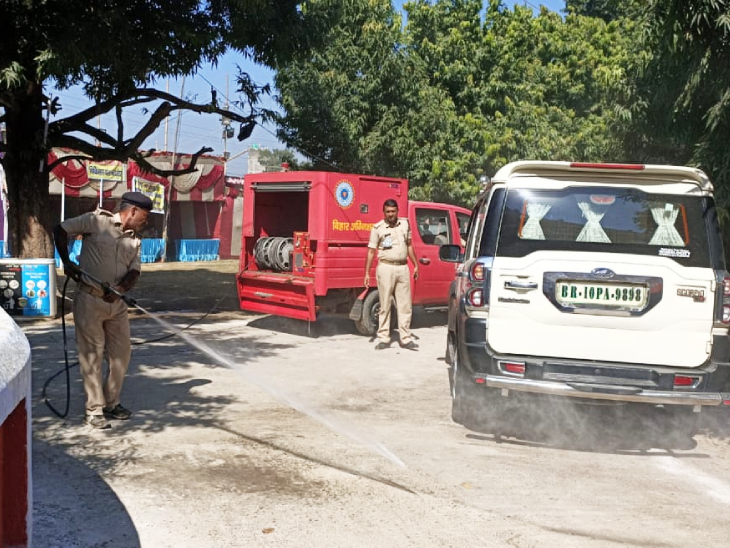 Sanitization is being done every 2 hours at counting centers in Bhagalpur.

Counting centers have been set up in Bhagalpur's Polytechnic College and Women's ITI College. Sanitization is taking place every two to three hours inside the center. Each employee is seen in a mask. Since Section-144 is applicable within the radius of 100 meters, the supporters of the party are keeping an eye on the victory and defeat from about 200 meters away.