The forces of India and China will break the new construction prepared in the Paigong Lake area, the patrol will also stop | China and Indian forces will break the structure built in Ladakh, there will not be any patrolling. 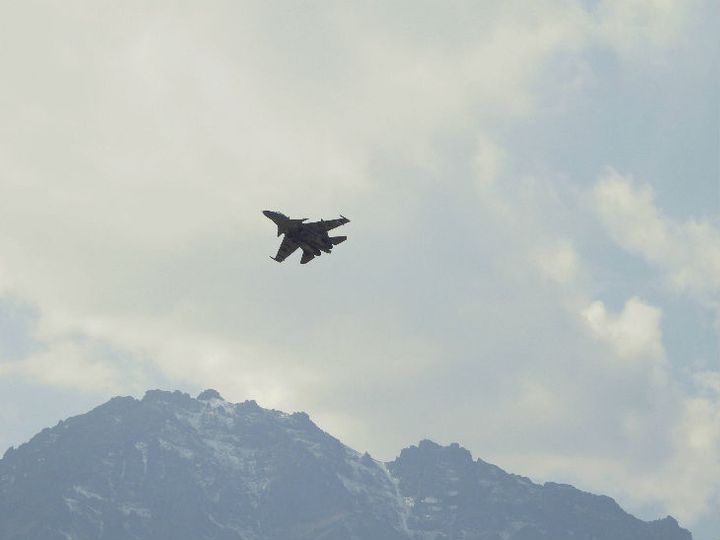 Airforce fighter jets are constantly patrolling in East Ladakh due to the ongoing tension between India and China.

A disengagement plan has been formed between India and China to stress the Line of Actual Control (LAC). Under this, structures built around Lake Pagong in Ladakh will be broken and petroling will also be banned. They were built after April-May amid heightened tensions between the two countries. Sources said there would also be no activity like patrolling between Finger 4 and Finger 8, as China has agreed to go back to its old position.

The two countries will hold separate talks on the issue of the plains of Depsang. Here, the People's Liberation Army of China has closed some patrolling points of the Indian Army. The issue of two patrolling points will be resolved soon, where the Chinese Army is still standing and will not retreat in the first phase.

India and China agreed on disengagement on 6 November

The armies of the two countries have entered into an agreement to retreat from the East Ladakh region. After the skirmish in Galvan valley, a large number of soldiers and weapons have been deployed from both sides here. Under the agreement, the forces would return to the April-May position. Disengagement between the two sides was discussed in Commander Level talks held in Chushul on 6 November.

India, with an aggressive stance, occupied the high altitude areas on the LAC. On the other hand, China also deployed its troops extensively on the LAC. Chinese troops had reached several patrolling points in India. However, the Indian soldiers defeated China during an attempt to capture the post and captured the key point.