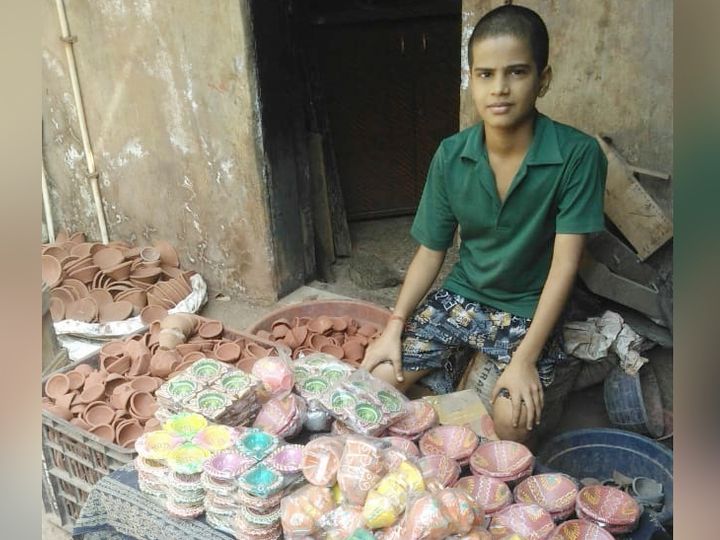 There are many small businesses in Kumbharwada, for which there is a great chance of earning Diwali. The whole family gets involved in this work, but this time everything is fine.

Kumbharwada comes in Asia's largest slum Dharavi. Kumbhar means potter and vada i.e. colony. In this way, Kumbharwada was formed after the settlement of the potters. The work of making pottery has been going on here for more than 100 years. Kumbharwada Diyas are such a big market, it can be gauged from the fact that about 10 crore diyas are made here in a year. Here furnaces outside the houses and pottery inside the houses are decorated.

Diwali is the biggest business opportunity for these people, but this time things are bad. Due to Corona, neither the goods have been exported nor the local subscription is getting good. Corona has faded the lamp of this pottery village. 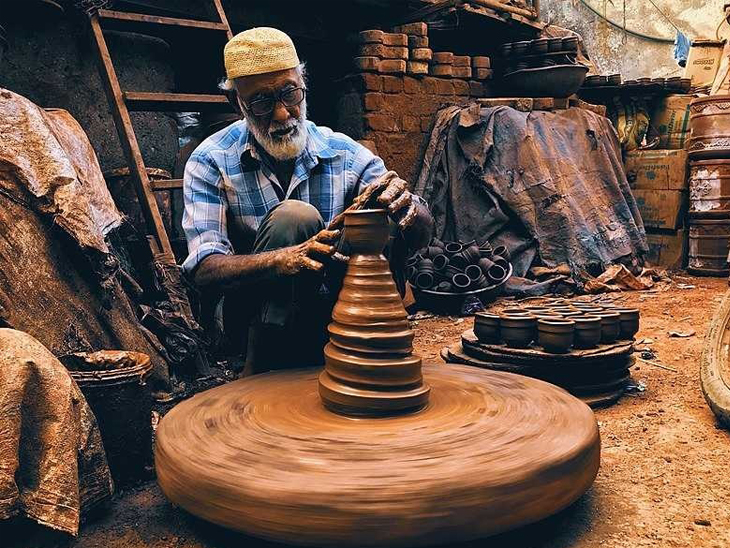 Kumbharwada is the largest pottery market in Mumbai.

Rakesh Bhai sets up a pottery shop on 90 feet road. Says, 'For the first time it is happening that we are also getting expensive waste material to burn furnace and the goods are also not sold. Why did the West material become expensive? Bhaiya said, 'Bhaiya Dharavi has thousands of fabric factories. We buy the remaining shredding they have and burn the furnace from it. This time the factories were closed. Only the selected factories sold the clipping, but the goods which were available for Rs 80 were found in 220.

Rakesh kept 20 thousand diyas for Deepawali. Out of this 5 thousand were spoiled because they were made of black clay. The soil that comes from Gujarat could not come. In such a situation, we had to make lamps from black soil. There were 15 thousand diyas left, out of that only about 10 thousand have been sold. Till last Diwali, so much goods used to go out in one stroke It is said that my father died a few days ago. Don't buy us sweets, clothes. If you had to buy, you would not be able to buy anything this time. 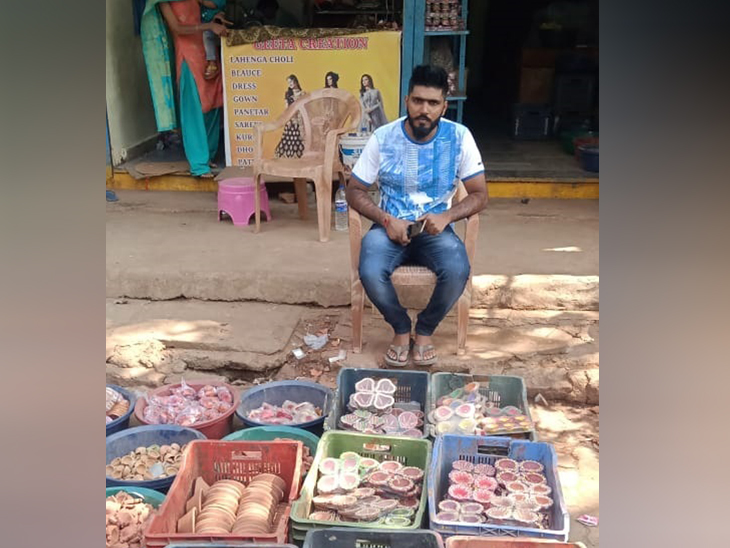 Rakesh of Kumbharwada says that till the last Diwali, there was so much crowd that there was no time to even eat, now everything is fine.

Actually, the potters of Kumbharwada start making diyas every year from March-April. The work runs until October, then subscribes on Deepawali. Those who work at small levels also earn lakhs or two lakhs on Diwali. It takes four to five months of hard work. This time due to Corona, no work could be done in March-April. The soil for the lamps comes from Gujarat, that too did not come this time. A few vehicles arrived after June, but the goods sold so expensive that the workers at the small level could not buy. Now these people are selling goods which are already manufactured.

Been working for generations, this time the subscription has halved

Cheerful brother Parmar says, 'We have been doing the same thing for generations. Diyas prepared in Kumbharwada go as far as US, Dubai and London. Some goods go by water and some by air. However, some big people do the work of sending goods out. Small traders rely on this only. Localization has not started for everyone in Mumbai yet, so even the customers of the city are not coming here.

They say that people are also worried due to unemployment and slackening business, so they are not doing much shopping on Diwali. Cheerful brother has seen such a dull subscription on Diwali for the first time in the last 20 years. They said that the business was reduced by 50 taka. Earlier, there was a business of 4 to 5 lakh rupees on Diwali, this time there was no talk in lakhs. 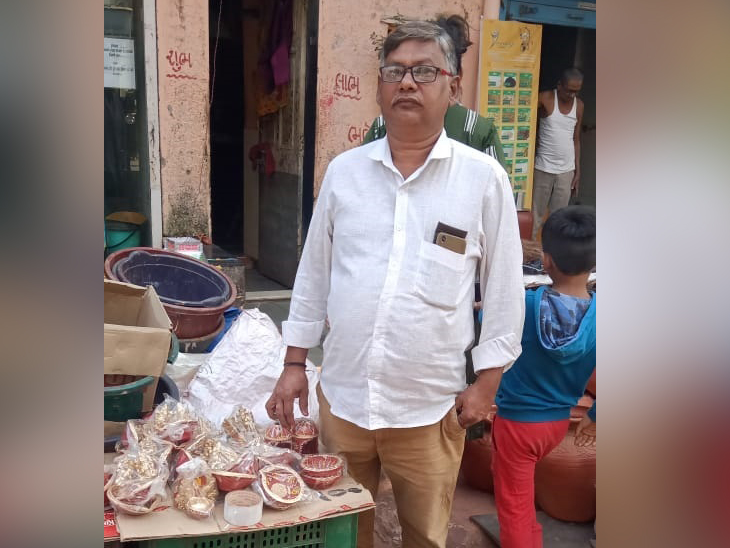 Cheerful says that for the first time in the last 20 years, we have seen so much market on Diwali.

50 million lamps go abroad
In Kumbharwada, the potter family doing small level business of pottery also makes an average of 1 lakh diyas a year. It earns 15 to 20 thousand rupees in a month. About 100 million diyas are made in a year. According to traders, 50 lakh diyas are exported abroad. Many items of clay are made here along with diyas.

1. Sell the oranges at the station, wash the car, play the keyboard in the orchestra, then the standing 400 million transport company

2. He suffered a head injury during training, remained in a coma for 6 months, when he regained consciousness, he came to know that he was out of the board.

3. The idea of ​​starting tiffin service while packing food for the neighborhood came, today 3 lakhs every month. Profit of

Tags: The market of India where the lamps are also in the foreign countriesthe work starts from six months in advancethis time the subscription is halved.
Previous Post

When the suicide was taken care of, the elderly called the police helpline, ASI kept it like a real son, now living a happy life with his son. | The elder said on the phone – I have no luck even eating, am committing suicide; ASI delivered food home for 14 days