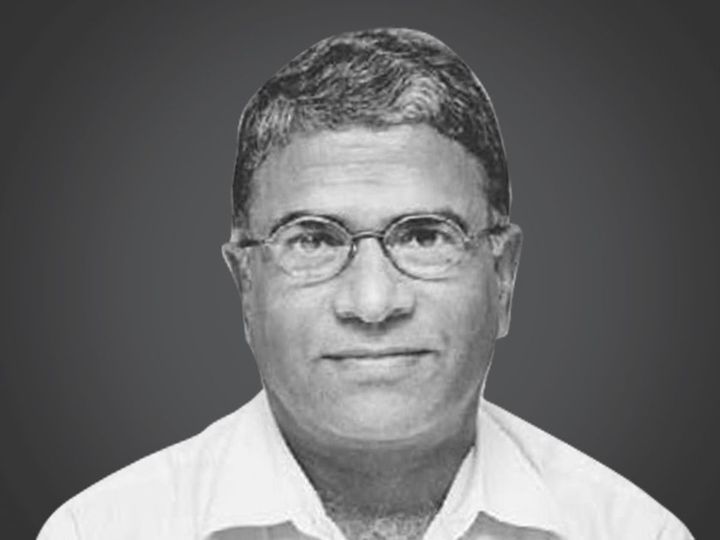 When I was a student, I heard a slogan in the university, 'Live if you learn to die'. 74 were the days of the JP movement. But in the context of life, death is known in public experience. Well, who has been able to know the full heart of death? Benjamin said, we seek knowledge of death in imagination. Socrates said, the heart of philosophy is to prepare life for death. Later reading literature on death became a pastime.

These days there is an echo of Arun Shourie's latest book 'Preparing for Death' (Penguin publication). Like every book of his, this book also leaves an impression. In one line, the slogan of the slogans that echoed in the ears during the mindless student days is in this book. To live life it is necessary to know death. Need to tell this in Kovid's era? Till date 12.7 lakh people died in the world. This is, living amidst death.

India is a unique land. There is a sense of 'cremation recluse' since childhood. In Kashi, there is a 'Mahashikshan' like 'Manikarnika', where Shankar, the god of destruction, lives. The pyre which burnt here after being on earth, is still burning. In the village, the recitation of the Garuda Purana in childhood resonated in the ears. 700 years before Christ, where the Kathopanishad was written. The wonderful Upanishads of dialogue between Yama and the child Nachiketa. Nachiketa wants to know the heart of death from death god Yama. Yama, in the pledge of the third boon, wants to give inalienable cosmic things to the boy Nachiketa, but does not want to tell the secret of death. In this country, there is a story of a character like Yayati.

Chakravarti Yayati is cursed. The elderly are untimely. The boon is to gain youthfulness by giving old age to the son. They do this. Being young, you enjoy the world. Finally, we conclude that all the pleasures, wealth and feminine beauty of the world cannot satisfy a person's craving. In the end, you find that knowledge is very taboo. Quit enjoyment and retire. Swami Vivekananda or Swami Abhedananda (1866–1939) of Ramakrishna Math also tried to know the meaning of death. Decades ago I read the famous Tibet book, Sogyal Rinpoche, 'The Tibet Book of Living and Dying'. Tibet has a rich and age-old tradition of knowing death and being prepared for death in advance.

It was only in young days that interest arose that how the last days of the great heroes lived Searched, read on Gandhi, Lenin, Stalin, Mao, Lohia, JP, Pt. Nehru's last days. Then the last episode involving Krishna to Rama, who met. There is attraction in this subject. Those who changed history, changed their destiny, their own final phase was not very pleasant. In this sequence, 'The Last Lecture' read around 2008. Carnegie Mellon University computer genius prof. Randy Posh's book. At the age of 47, Prof. Pausch suddenly finds out he has cancer.

He gave his final talk at Carnegie Mellon on 18 September 2007. While reading this, some movies watched in the younger days were remembered repeatedly. 'Mili', 'Safar', 'Anand' and 'Satyakam' etc. If JP is not there, then read on him a lecture by philosopher Professor Krishnath which has a touching context for understanding the destiny of humans.

Gandhiji fought the battle of Swaraj. When Swaraj came, he was not effective. Jayaprakash changed to power for the second time. But after that, due to the disease, it was a little chronic. The Prophet Moses of Egypt brought them out of slavery. After 40 years, they usually saw the land they were going to have, which was full of milk and honey. But they could not go there. Why does such a tragedy happen again and again in the life of man and community? Why does light come again and again in life, but why do we repeatedly remember darkness? Why do we remember light again and again when darkness falls? 'Perhaps it is human destiny.

Parliament has a unique tradition. When the session goes on, often when it is found on that day or after a long holiday, the former MP or the current MP who does not live in the physical body in the past, is paid tribute initially. Then I remember the Yudhishthira-Yaksha dialogue. Yaksha asks Yudhishthira, what is the biggest wonder of life? Yudhishthira replies, We go to the crematorium every day with dead bodies on our shoulders, but we do not think we have the same result. Perhaps this is life. To understand this life better, Arun Shourie's book gives rich vision.

It contains practical suggestions, so that the brain can move towards immersion peacefully. It contains rich descriptions of the last days of Buddha, Ramakrishna Paramahamsa, Ramana Maharishi, Mahatma Gandhi, Vinoba Bhave, etc. It is a description of the big questions that religion leaves before us. What is soul Is it unborn or immortal? Life after death? Or is rebirth? God is? What is truth, what is illusion? Great sages and saints have different experiences on this. Amidst all these, how do we build our world? This gives the vision, the book.