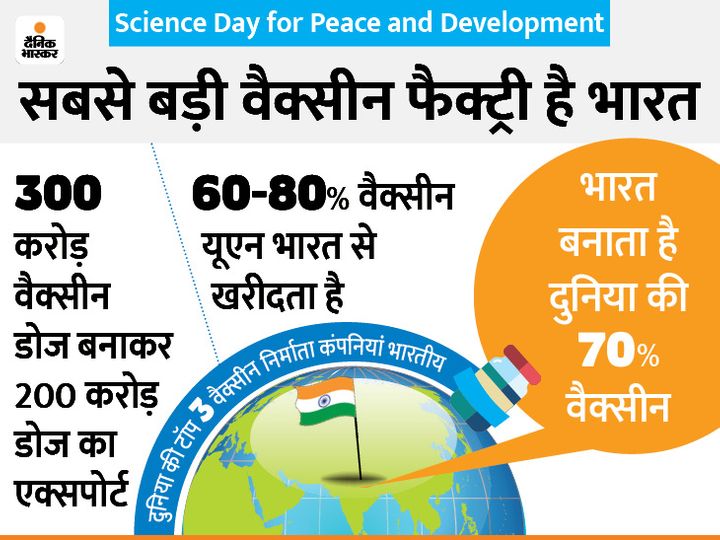 The corona virus stands as the biggest challenge before 21st century science. So far, this virus has killed 12.5 lakh people and is causing havoc in many countries. It is clear that the vaccine is the only way to deal with the corona. Scientists are converging. Many vaccines are in the last phase of the trial, but the biggest challenge is the adequate dose for the entire population of the world. India has become the only vaccine factory in the world due to its science and pharma industry. The truth is that it is impossible to win the war against Corona without India making 70% of the world vaccine. 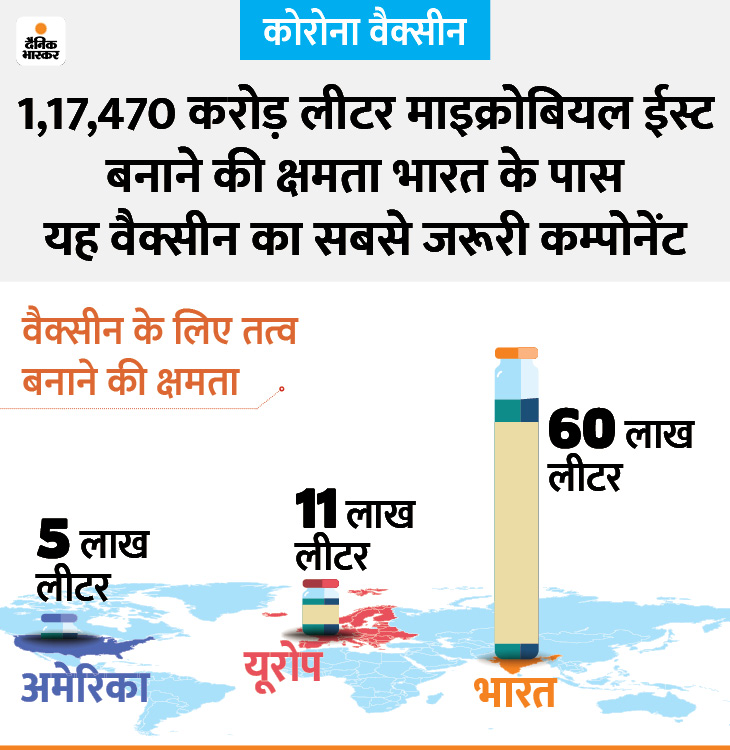 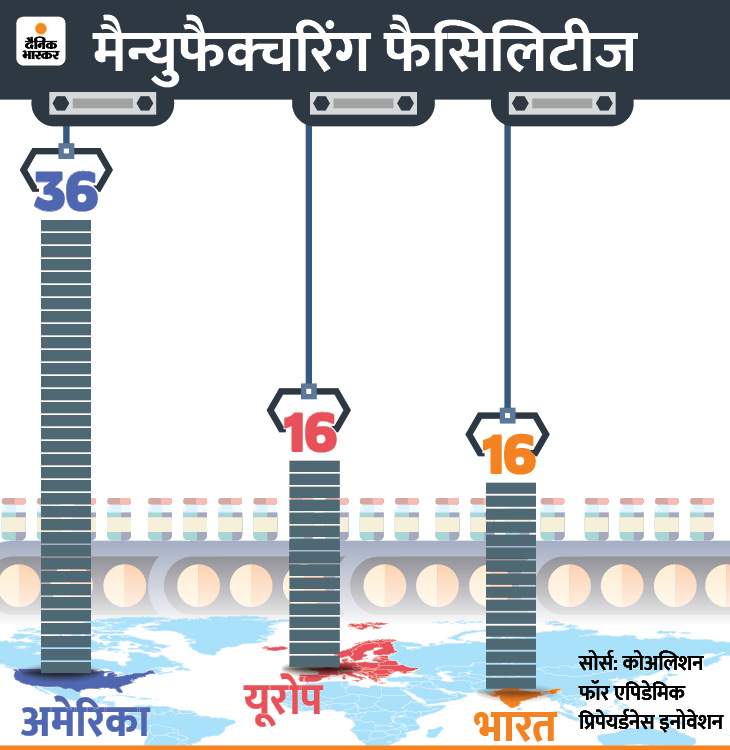 India alone makes 60–80% of vaccines for the United Nations vaccination program. There is a large supply of Indian vaccine in most parts of the world, from America, Europe, Southeast Asia. By last year, the Indian vaccine market of 9400 crore rupees will become 25 thousand crore rupees by 2025. Russian Corona Vaccine Sputnik Ho Oxford University Vaccine. Most of the companies and companies making Corona vaccine are engaged in making vaccine agreements with Indian pharma companies.

Science for and with Society in Dealing with Global Pandemic

World Science Day for Peace and Development is celebrated on 10 November every year at the initiative of the United Nations. The theme of this year has been “Science for and with Society in Dealing with Global Pandemic” due to Corona epidemic. On this occasion, let us know those characters who made India the world's vaccine factory … 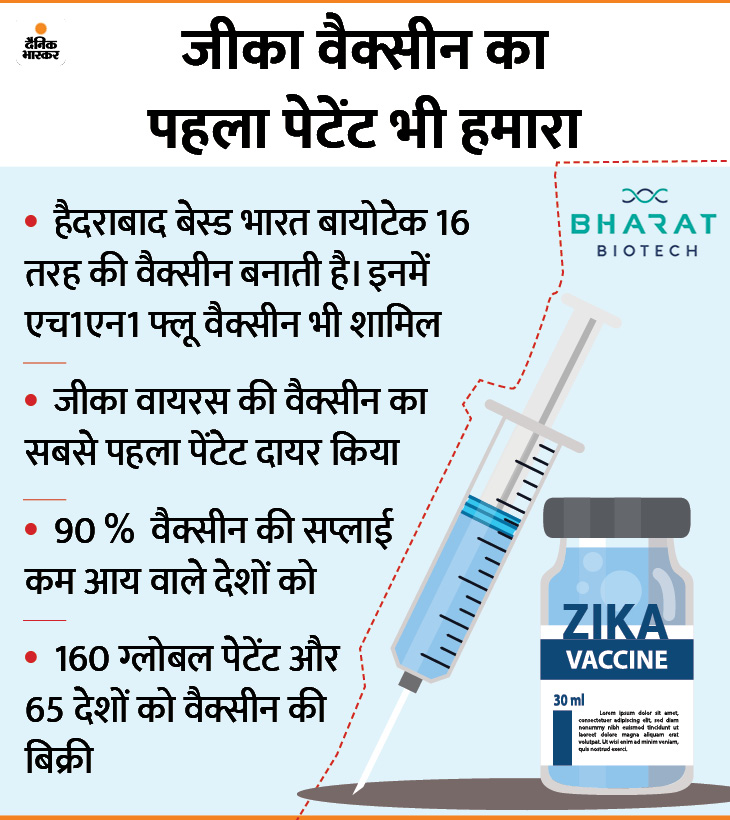 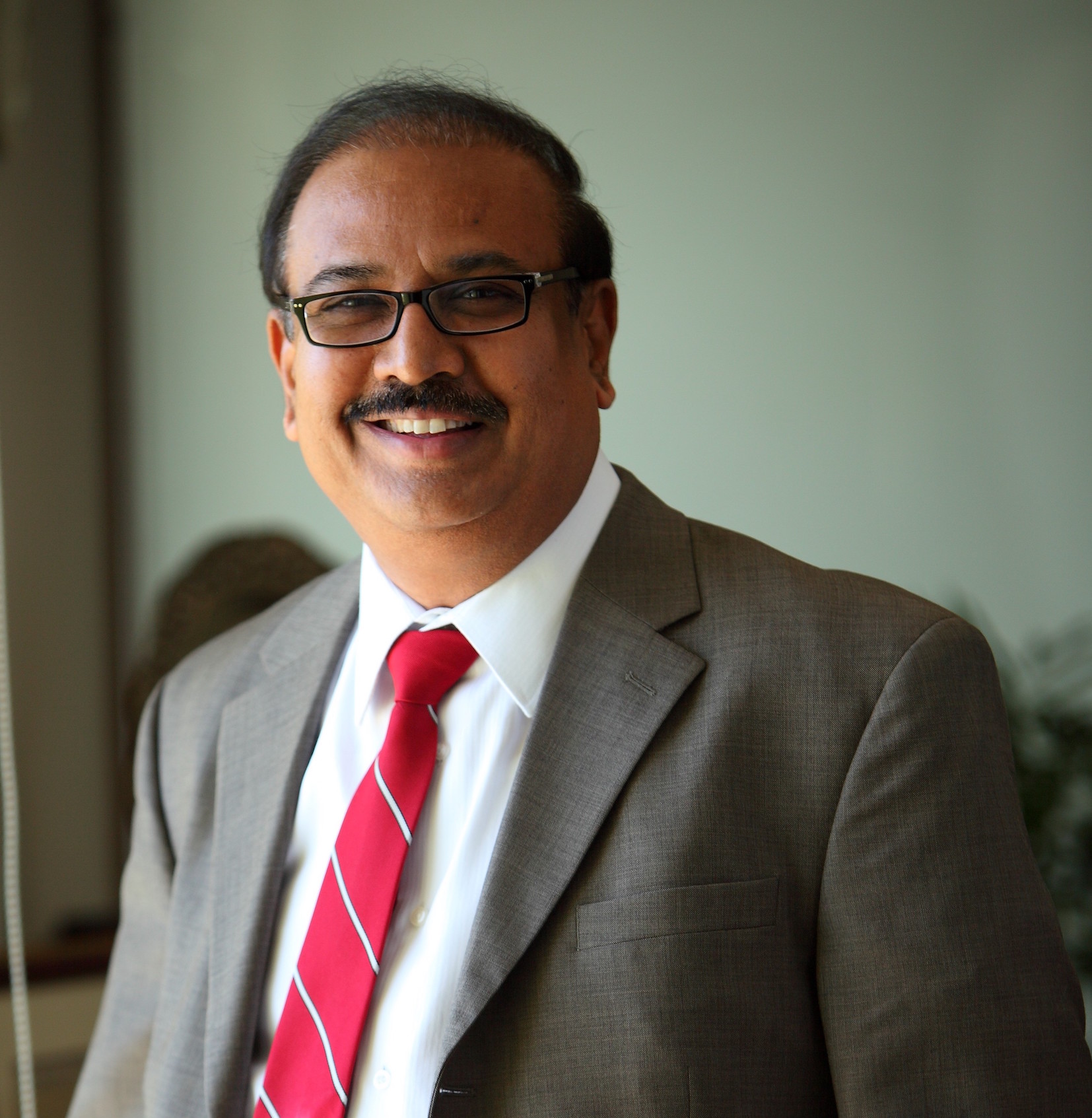 Farmer's son Dr. Illa had to leave due to lack of money

Dr. Krishna Illa, the founder of Bharat Biotech, a company involved in the Corona virus vaccine, is from a small farming family. Born in Thiruthani, Tamil Nadu, Dr. Krishna Illa had told in an interview that he wanted to study agriculture after biotechnology but started working in a chemical company due to lack of money. During this job, he received a scholarship and went on to do masters and PhD in America. Doctor Illa wanted to make his career by staying abroad but his mother brought him back to India and here he started from a small lab and turned it into such a big company. Dr. Illa's lab, which has won more than 100 National Awards, has so far produced many vaccines. 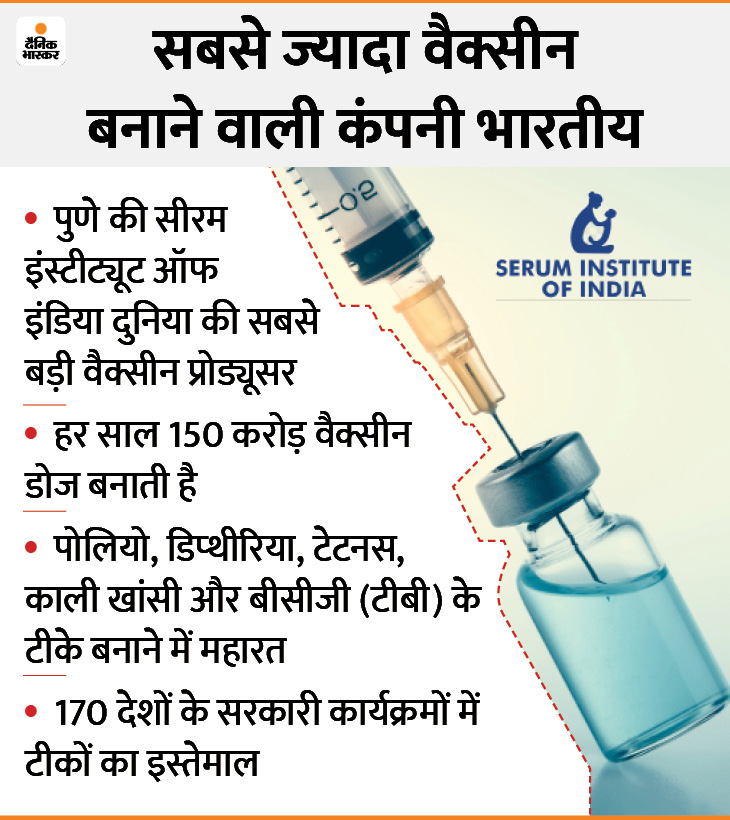 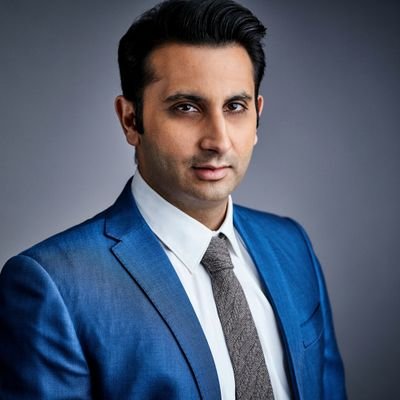 Father called back from London to save him from foreign lifestyle

A big name in the race to make Corona vaccine is Adar Poonawala, CEO of Serum Institute, India's largest vaccine company. Cyrus Poonawalla, the founder of the Serum Institute and father of Adar, started the institute at his horse farm in 1966, about 54 years ago. There are about 65% of children in the world who have got at least one vaccine serum institute. The only son of Cyrus Poonawalla, Adar, who was 165th in Forbes' Billionaires rankings and 86th in the world's richest people list, told in an interview that his father, at the age of 9, kept him away from luxury life. Was sent to a boarding school in England. Cyrus Poonawalla feared that Adar might not get so used to living in a foreign lifestyle that he could not live in India, so he had Adar returned to India after graduation. Adar, who returned to graduation from the University of Westminster, started working at the Serum Institute at the age of 20. At that time, he did not have an official position in the company, rather he had to live with his father all the time like a shadow and watch his work closely. When he became the executive director of the company in 2005-7, the company supplied vaccines to about 35 countries in India, but due to other efforts, today his company produces vaccines for about 145 countries and 80% of the company's revenue from outside India. Comes. 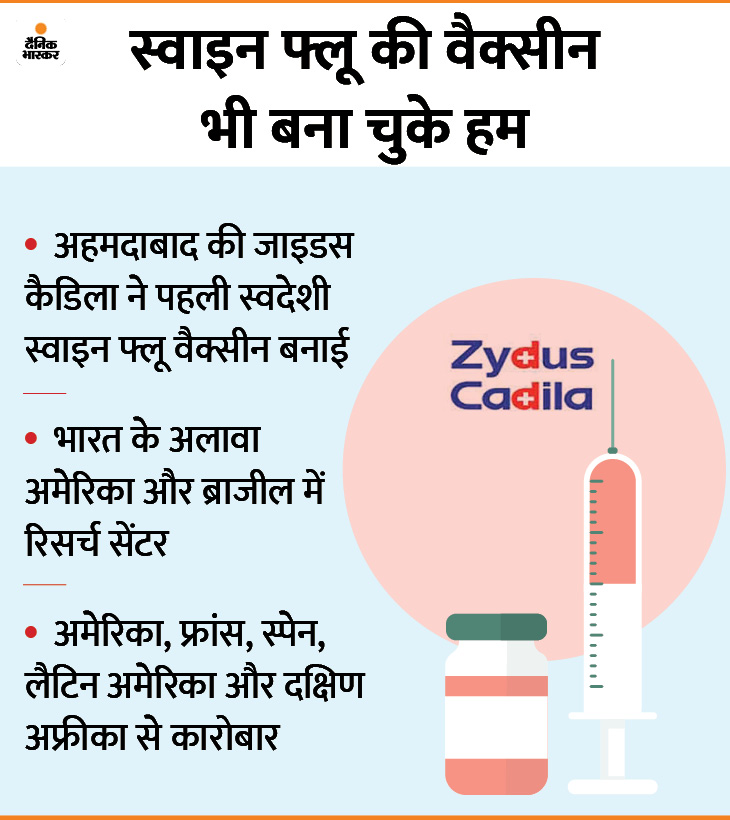 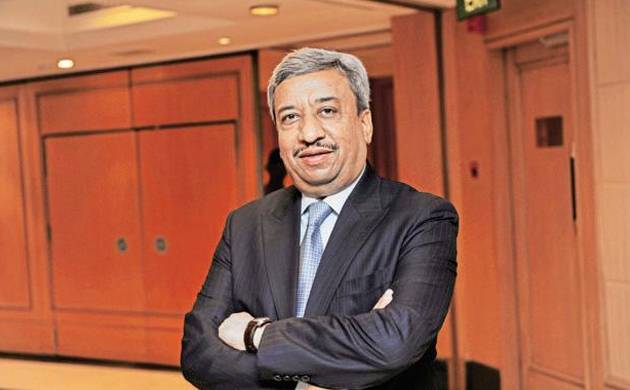 Pankaj Patel is the chairman of Cadila Healthcare, who is involved in making Corona vaccine. Pankaj Patel's company, ranked 28th in India's Richest 2020, made the first swine flu vaccine (H1N1) in India. Pankaj Bhai's father Raman Bhai Patel and Indravadan Modi launched Zydus Cadila in 1953. At that time, 8-year-old Pankaj bhai used to go to the lab with his father every day and used to see medicines being made there, since then he had dreamed of becoming a pharmacist. Pankaj Bhai, studied from Seth CN Vidyalaya, Gujarat, has M. Pharmacy and M.M. Pharmacy from Ahmedabad. In the year 1995, Pankaj Bhai's father's company was split into 2 parts Cadila Laboratory and Cadila Healthcare. Cadila Healthcare was handled by Pankaj Bhai and was named “Best Pharma Man of the Year” in 2003. He was ranked number 24 in the Forbes magazine in 2004. Pankajbhai is also the chairperson of Zydus Hospital, the largest chain of hospitals in Gujarat. .

There was no 10th pass in the family of Dr. K Anand Kumar, MD of Indian Immunologicals 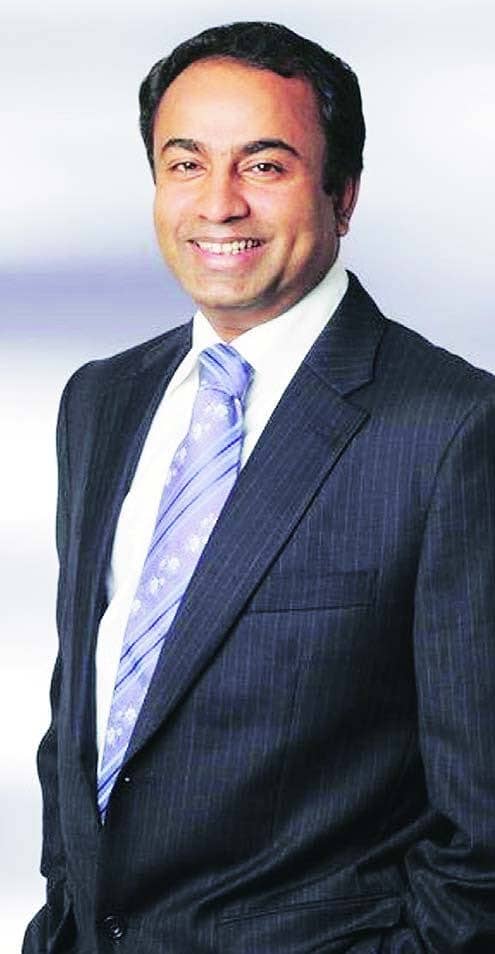 Dr. K Anand Kumar, Managing Director of Indian Immunologicals has worked in many big companies in India and abroad. He has a PhD from Puducherry in 1992 after a Masters in Microbiology from PSG College, Coimbatore. Born in the village of Coimbatore, Dr. Kumar made a fresh start in 2010 with Indian Immunologicals. In an interview, Dr. Anand said that there was hardly anyone in his family besides him who would have also passed 10th class. Dr. Kumar is also an active sports person, often playing cricket and table tennis after work. Dr. Anand, who started his career from Transgenic Biotech Hyderabad, was sent by the company to Germany as the project manager of the Hepatitis Vaccine. 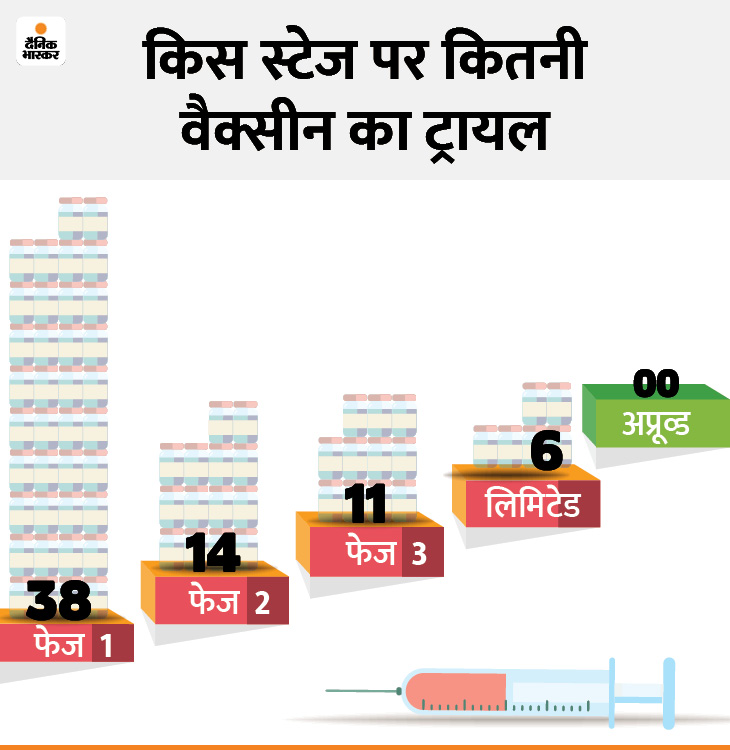 Tags: coronaCountriesIndiait is impossible to save the world from coronapeoplewarwe are the world factory producing 70% vaccineWithout IndiaWorld Science Day for Peace and Development
Previous Post