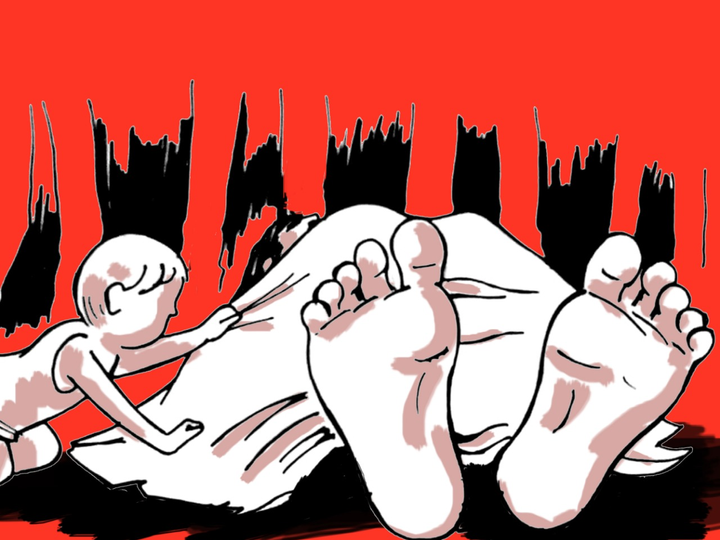 Police were informed after suspicion of the woman’s death. Police registered a case and sent the body for postmortem.

A heartbreaking incident has surfaced in Gujarat’s capital Gandhinagar on Saturday. Here, a junk collecting woman died near Adalaj-Ambapur road. His 5-year-old son kept playing with the corpse. After some time, when the son started crying, the passers-by suspected the woman’s condition. Upon investigation, if the woman was suspected of death, the police was informed. Police registered a case and sent the body for postmortem.

The mother came out to collect the junk by sitting her hand on the cart
According to the information, laborers husband-wife Ramnath Jogi and Manju Devi live with three children near Adalaj Shanidev temple in Gandhinagar. The husband went out to work in the morning as usual. At the same time, Manju went to collect the junk from the hand cart with her 5-year-old son. During this time Manju’s health deteriorated. She collapsed on the roadside, where she died.

Passers call the police
The son kept playing with the body of the mother for a long time and after some time started crying to raise the mother. Seeing her crying, some passers-by suspected she tried to pick up the woman. Then it was revealed that he had stopped breathing. After this, the police was informed. It was the police who informed Manju’s husband and then sent the body for postmortem.

Sonam Wangchuk builds solar energy heating tent on Galvan Valley; Army soldiers will not get cold | Sonam Wangchuk made tents for the soldiers stationed on the mountains, even inside -20 ° the temperature will be 15 °