Advice to Imran: Pakistani experts said – Focus only on mutual relations with Sri Lanka, do not try to interfere there 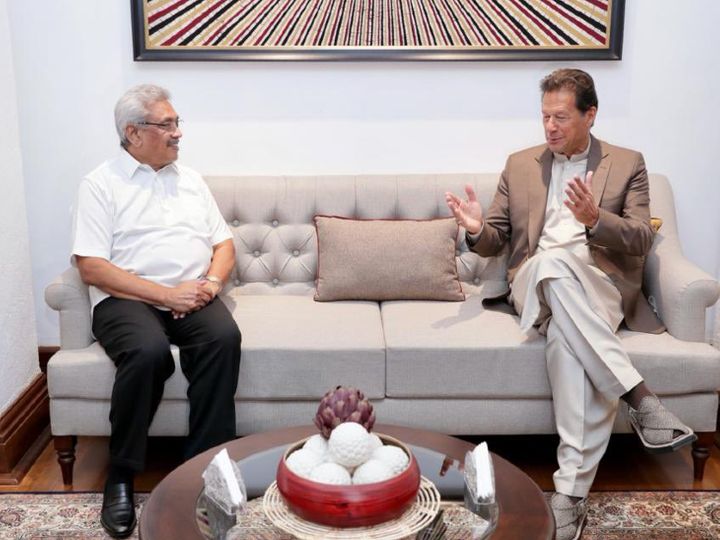 Pakistan Prime Minister Imran Khan is in Sri Lanka on a two-day tour. On the first day he met President Gotabaya Rajapaksa and Prime Minister Mahinda Rajapaksa. When Imran reached his hotel Sangrila from Colombo Airport, the Muslim community here shouted slogans against the Sri Lankan government. These people wanted the Rajapaksa government to allow the Muslim leaders of Sri Lanka to meet Imran. Imran made a statement in favor of Sri Lankan Muslim community a month ago.

However, in a conversation with Arab News, foreign policy experts from Pakistan advised Imran to be careful on this tour. According to them, the Prime Minister of Pakistan should avoid interfering in the domestic affairs of Sri Lanka. They should just focus on mutual relationships.

Conflict between Buddhists and Muslims
The population of Sri Lanka is around 20 million. Of this 10% are Muslim. For many years, there was tension between the majority Sinhalese community and Muslims on some issues. Serial blasts occurred in Sri Lanka on the occasion of Easter in 2019. 250 people died in these. After investigation, some local Muslims were arrested. After this, the problems of the Muslim community increased greatly.

Imran has already made a mistake
In April last year, the Sri Lankan government issued an order. It said that those who died from Kovid-19 will be cremated, irrespective of their religion. Muslims opposed it and said that it is against their religion. The body was approved for burial on 9 February. Imran had opposed burning the dead body. It was considered by the Sri Lankan government to interfere in its internal affairs.

It is believed that the Sri Lankan government therefore canceled Imran’s speech in Parliament and the program of talks with Muslim leaders. A section of the Pakistani media called it an insult to Pakistan.

Experts differ
Pakistan’s foreign policy experts and journalist Zafar Jaspal have advised Khan. In a conversation with Arab News, Zafar said – Imran has to understand that he is not in any Muslim country or his platform. The Sinhalese community in Sri Lanka has a large population and they are majority. They are in dispute with Muslims. Pakistan has always supported the Sinhalese. Imran should not try to change this policy. This will be the best route for him and Pakistan. Interfering in internal affairs can be overwhelming.

Former Foreign Secretary of Pakistan Riyaz Khokhar said – Both countries have old relations and they are very important. We have previously helped Sri Lanka. Imran should only talk about mutual relations, raising any other issue can increase the odds.

Trying to hide the truth: 7 people, including three bloggers arrested in China, accused of insulting soldiers killed in Galvan

Trying to hide the truth: 7 people, including three bloggers arrested in China, accused of insulting soldiers killed in Galvan