Air India Express plane was coming from Doha. The accident occurred due to losing control of the runway.

Air India aircraft crashed into an electric pole during landing at Vijayawada International Airport in Gannavaram, Andhra Pradesh. There were 64 passengers on board. Airport Director G Madhusudan Rao told that all passengers and crew members are safe. 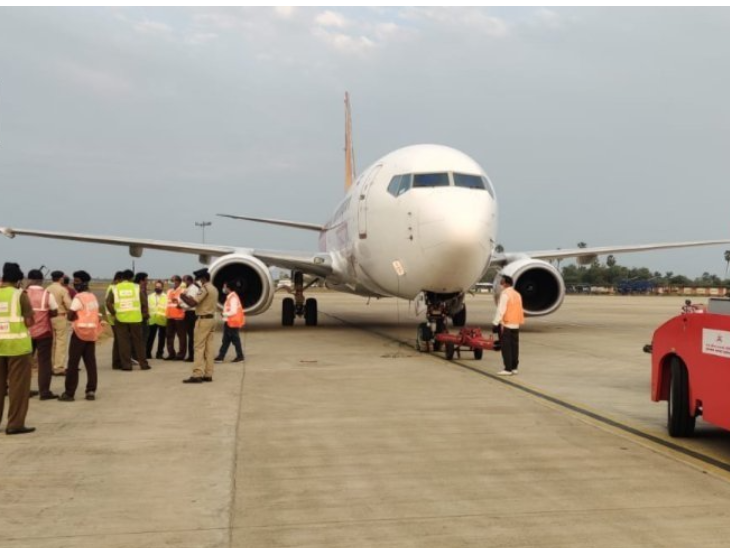 Security personnel arrived on the spot for investigation.

Ordered to investigate the case
An Air India spokesperson said that the airline has ordered an inquiry into the matter. According to reports, the Air India Express plane coming from Doha reached Vijayawada at 5.50 pm. This accident occurred due to loss of control. The flight’s wing suffered minor damage. 19 of the passengers boarding the plane were to land at Vijayawada.

10 years ago, Mangalore also suffered a plane crash.
On May 22, 2010, a similar accident took place at Mangalore Airport. More than 150 people died in this accident. Even then the plane belonged to Air India Express and was returning from Dubai itself. Mangalore, like Kozhikode, is also a table top airport. This means that this airport is atop a hill.