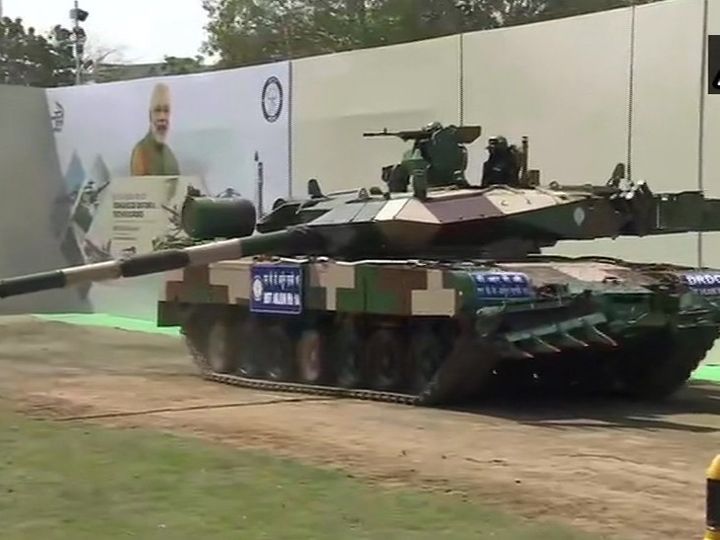 In Chennai, Prime Minister Narendra dedicated the Arjun Tank to the nation. During this time he also met the soldiers. Army Chief MM Narwane was also present.

The Indian Army has approved the purchase of 118 Arjun tanks. 6000 crores will be spent for this. The Ministry of Defense recently approved the induction of Arjun Mark-1A tanks in the Indian Army. Prime Minister Narendra Modi dedicated it to the nation on 14 February during his visit to Tamil Nadu.

Can get approval soon
Citing sources, the news agency said that in the Defense Acquisition Council meeting, the Ministry of Defense gave the proposal final. Chief of Defense Staff General Bipin Rawat and Chief of Army Staff General MM Narwane were also present during this period.

124 Arjun to join first batch of tanks
DRDO together with the Indian Army has fully designed and developed these tanks. These 118 tanks will also be included in the first batch of 124 Arjun tanks. They have already been inducted into the army and are stationed in the Western Desert on the Pakistan front. 118 Arjun tanks will also form two regiments in the Indian Army’s Armored Corps, like the first 124 tanks.

Number of tanks reduced for formation of regiment
Officials said that the army has reduced the number of tanks required for the formation of the tank regiment. That is why in the present situation there are 6 fewer tanks than the previous instruction for the two regiments. DRDO has been developing Arjun Mark-1A for some time. Continuous work is being done to promote Swadeshi in the Armed Forces under the leadership of Bipin Rawat and DRDO Chief Dr. G. Satish Reddy.

Features of Arjun Tank
The newly upgraded Arjun tank has a transmission system with new technology. This makes the Arjun tank easy to find its target. Arjun Tank is able to move easily while avoiding mines laid in the battlefield. This advanced tank also has special sensors to avoid chemical attack.

Imran’s troubles will increase: Mosque and Madrasas operators in Pakistan will open front against the government, PM’s allegation of promise

Imran's troubles will increase: Mosque and Madrasas operators in Pakistan will open front against the government, PM's allegation of promise