Blacklist Pakistan: Big protest against Imran government and army in front of FATF headquarters in Paris 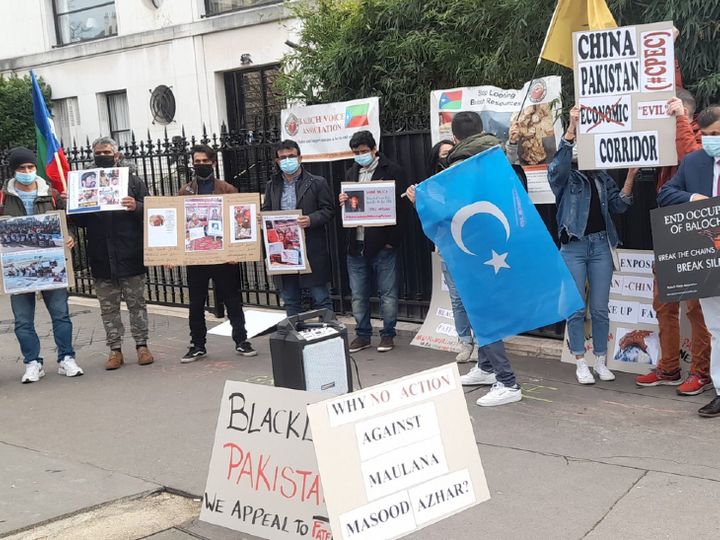 People protest in front of FATF headquarters in Paris on Tuesday. These people demand that Pakistan be included in the black list immediately.

The meeting of the Financial Action Task Force ie FATF continues in Paris. A big decision may come on Pakistan on Thursday or Friday. Pakistan has been on the gray list of the FATF for nearly two years on charges of sheltering and funding terrorism. There is a danger of blacklisting Pakistan in the ongoing meeting in Paris. Meanwhile, thousands of people staged protests in front of the FATF headquarters in Paris against the Imran Khan government and the army and demanded that Pakistan be blacklisted.

The world knows that Pakistan raises terrorists
Journalists, human rights activists and people from the Uygar community were also involved in the protests against Pakistan on Tuesday in Paris. These people said clearly – the whole world knows that the army of Pakistan and the present Imran Khan government there are openly throwing dust in the eyes of the world. There are training camps of terrorists there. Money is being raised for terrorist organizations. Despite this, if Pakistan is not blacklisted, the world will be in danger.

Accountability should be fixed
Pakistani Journalist Taha Siddiqui said – We are here to inform the FATF member countries that they should not come under pressure from China and blacklist Pakistan without losing time. Pakistan and China together are making the world dangerous. Pakistan openly supports and funds terrorists. Now the time has come when the world takes very strict steps against this nefarious alliance between Pakistan and China.

Terrorists being released
Fazal Rehman Afridi, associated with Pashtun Movement, said – If the world is to be safe, then countries like Pakistan and China will have to be controlled. Journalists are killed there. Its guilty terrorist, Omar Sheikh, is released. Osama bin Laden meets here. Every big terrorist takes refuge in this country. Now what more evidence does the world need. The courts there are also ruling in favor of the terrorists. Omar Sheikh was released by the Supreme Court.

Ex-US President Revealed on Racism: Obama said – A friend made a racist comment, I broke his nose

Ex-US President Revealed on Racism: Obama said - A friend made a racist comment, I broke his nose