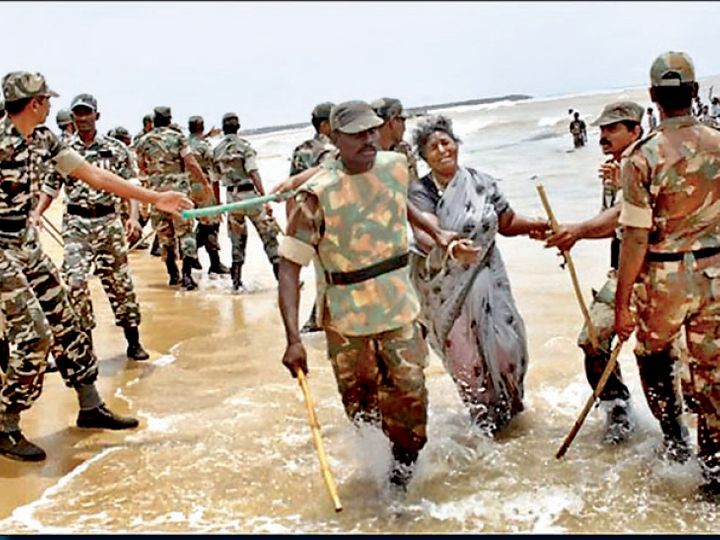 In 2012, people who were opposing the Kudankulam nuclear plant were also charged with treason.

Section-124 (A) of the IPC, ie the sedition law, is once again in the discussion among the farmers’ movement against agricultural laws. On Tuesday, a Delhi court posted a fake video on social media during the Kisan agitation, spreading rumors and giving bail to two accused in the sedition case.

The court has said that sedition law cannot be imposed to silence dissidents on the pretext of silencing miscreants. However, this is not the first time the court has made any comment regarding the misuse of this law. The Supreme Court and the Law Commission have also commented on its misuse.

Law came into force 150 years ago
In fact, ever since the law came into effect in 1870, accusations of its abuse had started. The British used this law to suppress the voices raised against them. The latest case in this section has been registered on Disha Ravi, an environmental activist related to the Kisan Andolan Toolkit case.

After independence, the central and state governments were also accused of its misuse. Discussions on sedition cases have increased since the BJP came to power at the Center. Although sedition cases have also been discussed in earlier governments. In 2012, 23,000 people were booked for opposing a nuclear plant at Kudankulam in Tamil Nadu, out of which 9,000 were charged with sedition at the same time.

However, it is worth noting that since the BJP came to power at the Center, the NCERB has started keeping a separate record of sedition cases since 2014. The special thing is that this British era law is continuing in our country, but Britain has abolished it from its country in 2009. 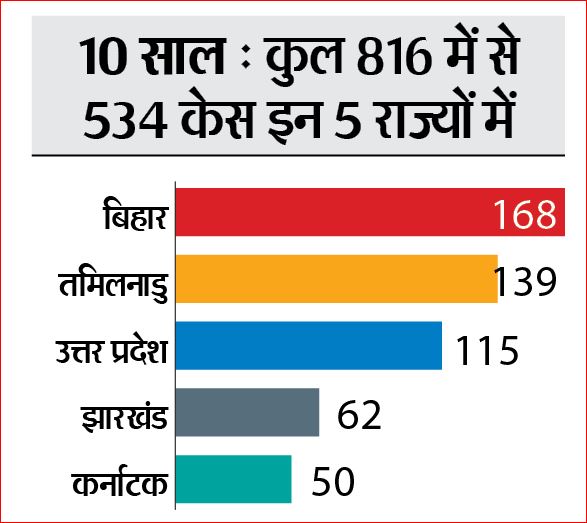 What is treason?
Any person who writes, speaks or endorses anti-national material, or tries to defame the Constitution with insulting national symbols, can be sentenced to life imprisonment or imprisonment for three years. IPC 124-A

3 of BJP in 5 states with highest number of cases
Among the five states where the maximum number of sedition cases were reported in 10 years, Bihar, Jharkhand and Karnataka had a majority of BJP or BJP-backed governments. These states registered an increase of 28% every year between 2014 and 2020 as compared to 2010 to 2014.

First the British misused, then the allegations on the governments 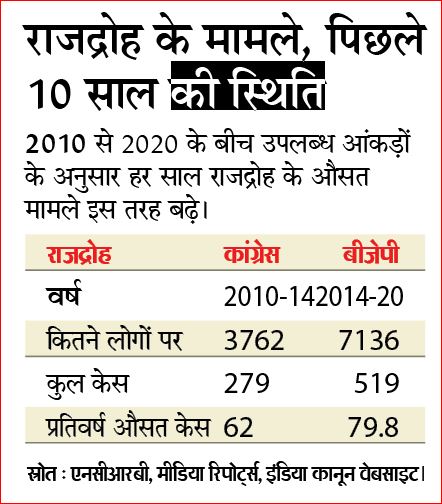 How the law was made, how much changed, now what next?

Four countries where disputes over law like treason, two ended it

Britain : It was abolished in 2009 due to the oppressive effect on expression and the shock to the values ​​of democracy.

New Zealand: The law ended in 2007 as a tool to shock democratic values ​​and silence the opposition.

America : The court has criticized the oppressive effect of the sedition law on freedom of expression. Political speeches have wide patronage.

Australia: Treason laws existed in many states. The scope of this law has been limited since 1985. Penalty instead of jail is a penalty.