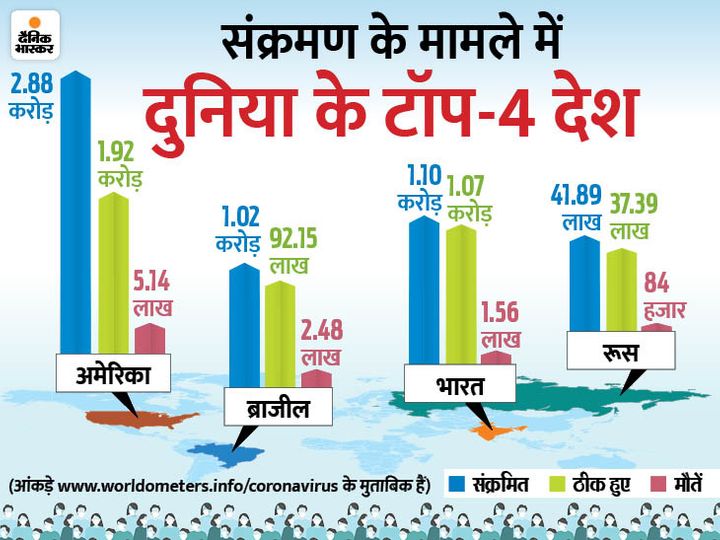 The number of corona patients in the world exceeded 11.26 crores. Over 82.82 million people have been cured. So far, over 24 lakh 95 thousand people have lost their lives. These figures are according to www.worldometers.info/coronavirus.

EU decision
The EU ie 6 countries of the European Union have agreed to normalize the movement on the border. So far this ban has been imposed twice and then removed. Belgium, Denmark, Finland, Germany, Hungary and Sweden have made this decision. A report has been sent to the European Commission in this regard. It can be decided today. However, some rules will continue for this. In recent times there was tension between Austria and Germany over the issue. After this it was agreed to normalize the situation. 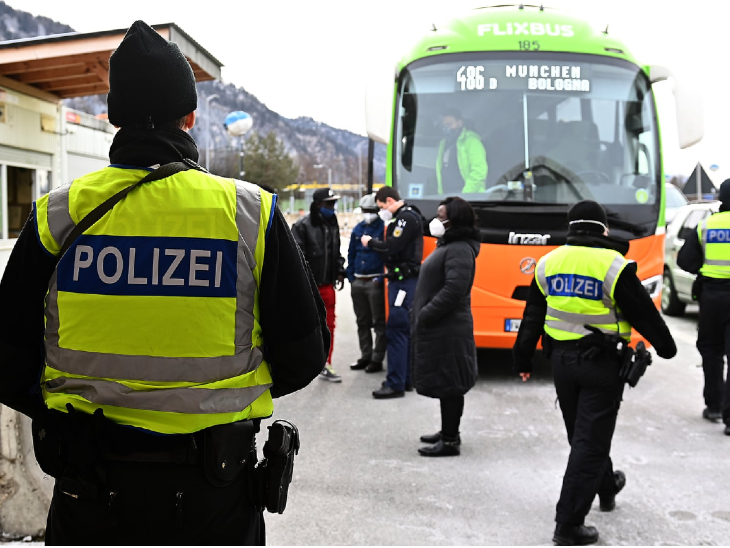 A passenger bus parked on the Belgian and German borders on Tuesday. Now 6 countries of the European Union are considering ending the restrictions on movement imposed in the Corona round.

Things expected to be normal by June
British Prime Minister Boris Johnson has said that he is confident that all the restrictions imposed in the country will be lifted by June and the situation will return to normal. During a program, Johnson said – the government is taking every step on its behalf, which can normalize the situation. We have already announced a package to normalize the economic situation. Johnson has again said that a plan has been made to eliminate unemployment and this is being implemented. Experts’ opinion is also given in this. He said that schools will also be opened very soon. Preparations for this are in the final stages. British Prime Minister Boris Johnson during an event on Tuesday. Here he said that by June, the situation will be normal in the country.

Problems escalated in France
The number of patients in hospitals in France has started increasing again. Patients admitted to the ICU have grown rapidly. For the first time in 12 weeks, the figure exceeded 3 thousand. A total of 3 thousand 435 patients were admitted to the ICU on Tuesday. The condition of some of them is said to be very serious. The situation in France can also be considered worrisome because the rest of Europe is considering ending the border ban and it can be decided today, but the French government does not want to take any risk. He has denied the lockdown, but has decided to continue with the rest of the ban.

Serious charge on Italy
A report by ‘The Guardian’ claimed that Italy did not give the WHO the correct information about the epidemic in February last year, when cases began to be received in the country. In fact, all countries of the world have to follow the International Health Regulations (IHR).

At the beginning of the year, self-assessment reports related to diseases have to be given. Italy gave this report on 4 February 2020, but described itself at level 5 in it. This means that its preparedness to fight a disease is at the right level. According to the report, Italy did not update the national epidemic eradication plan after 2006. It is claimed that the epidemic knocked in Italy before the US. Italy was the first country after China where the epidemic had spread.