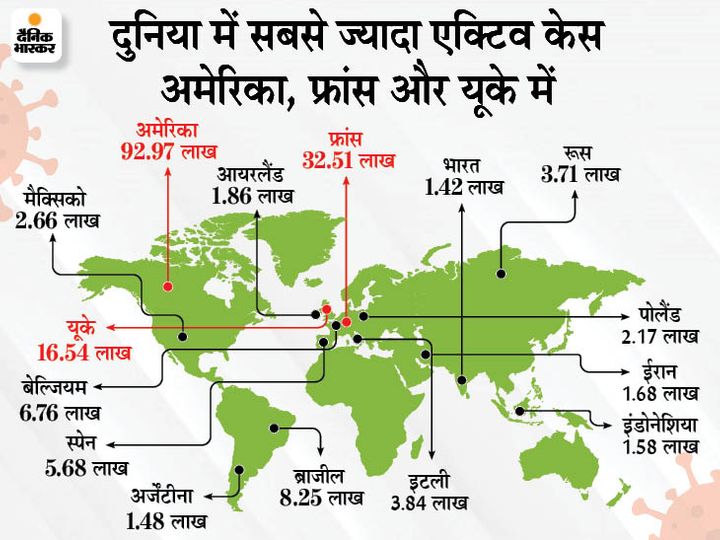 There is disturbing news on Corona. The country has once again joined the list of 15 countries in the world where Corona has the most active cases. That means such patients who are undergoing treatment, the rest are either cured or they have died.

India has come at number 15 in this list. On 30 January, Portugal had reached number 17, overtaking Indonesia and Ireland. It was then hoped that soon the list of top-20 infected countries could also be out of the world, but active cases started rising again in the last few days in many states including Maharashtra. Because of this, India has now become one of the most infected countries in the world.

Condition worsened in America, France and UK too
In the case of active case, America is number one. More than 92 lakh patients are being treated here. There are 3.2 million active cases in France and 1.6 million in the UK. Apart from this, Brazil, Belgium, Spain, Italy, Russia, Mexico, Poland, Ireland, Indonesia, Argentina and India are also included in this list.

Active cases increased again in 9 states and UT
On Saturday, 13 thousand 919 new patients were found in the country. 11 thousand 412 people recovered and 89 died. Thus, an increase of 2486 cases in overall active cases was registered. There have been 9 states and union territories where the number of new patients has increased more than the cured patients. These include Maharashtra, Karnataka, Rajasthan, Chhattisgarh, Madhya Pradesh, Haryana, Punjab, Puducherry, Tripura and Chandigarh. 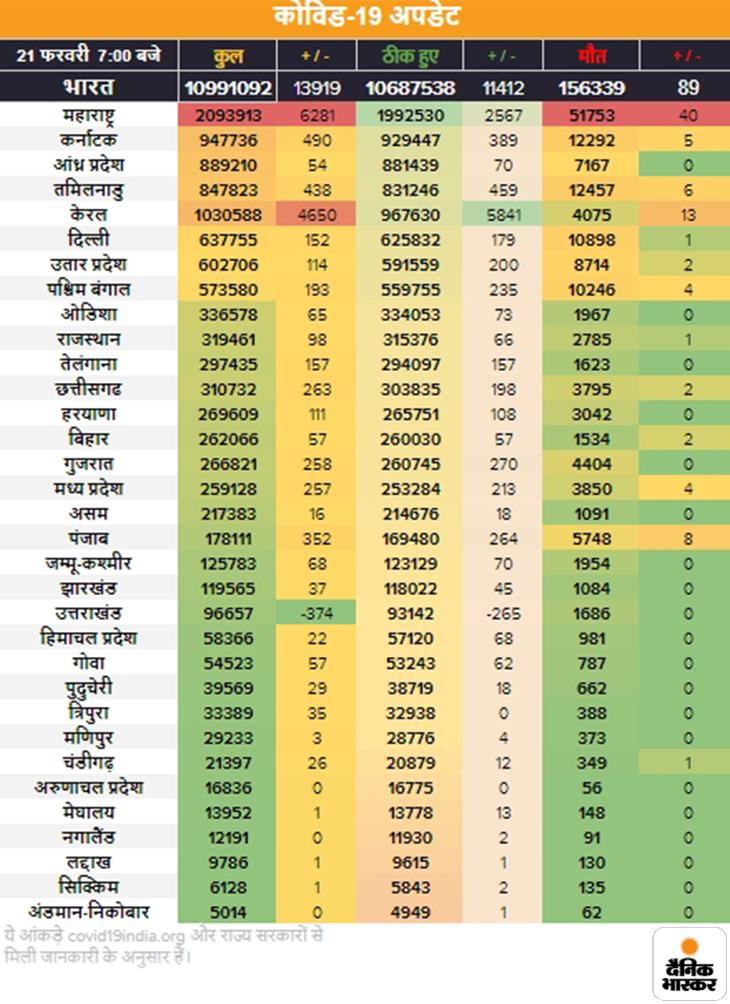 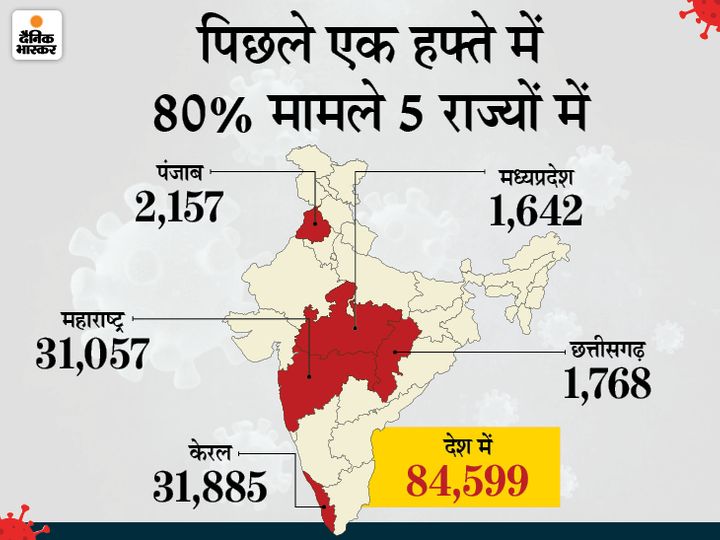 1. Maharashtra
On Saturday, 6,281 people were found corona infected in the state. 2,567 patients recovered and 40 died. So far 20 lakh 93 thousand 913 people have been affected by infection, out of which 19 lakh 92 thousand 530 people have been cured. 51 thousand 753 have lost their lives due to this epidemic. 48 thousand 439 patients are currently being treated. 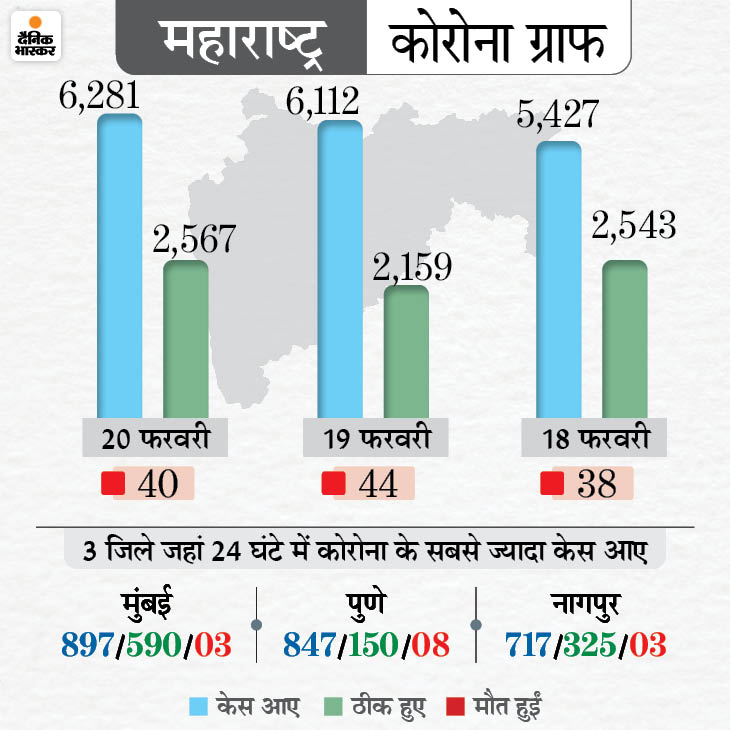 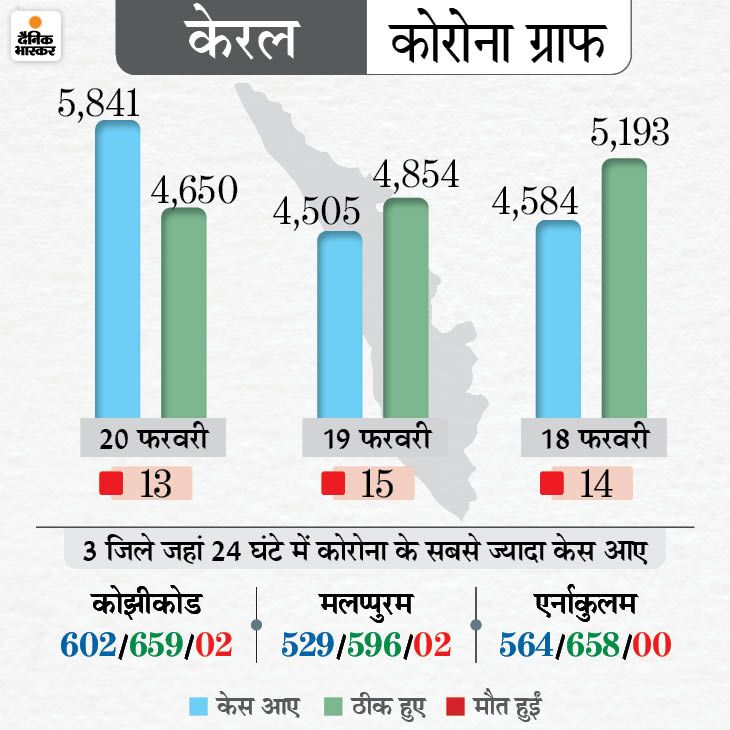 3. Madhya Pradesh
Corona report of 257 people came positive on Saturday. 213 patients recovered and four died. So far, 2 lakh 59 thousand 128 people have been infected. Of these, 2 lakh 53 thousand 284 people have been cured, while 3,850 patients died. 1,994 patients are currently being treated. 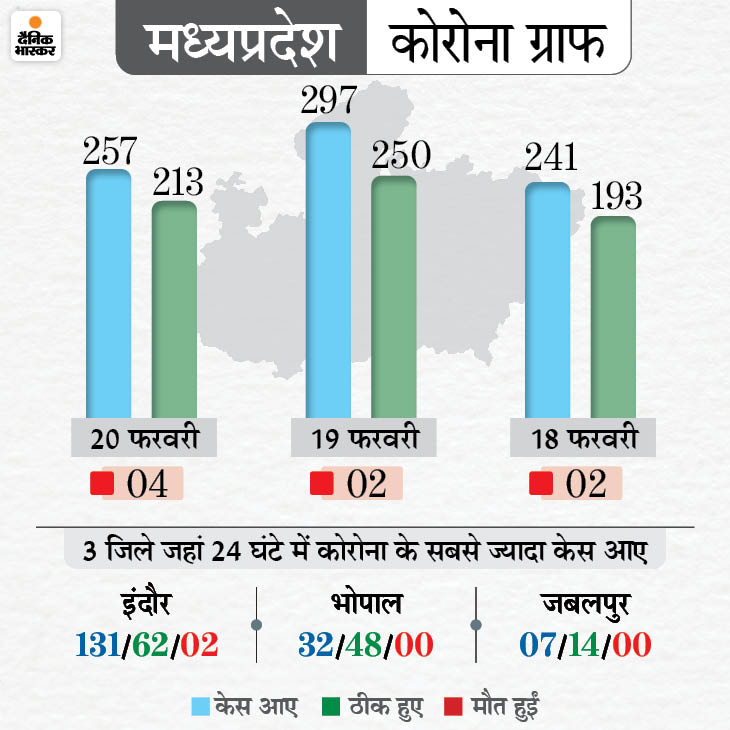 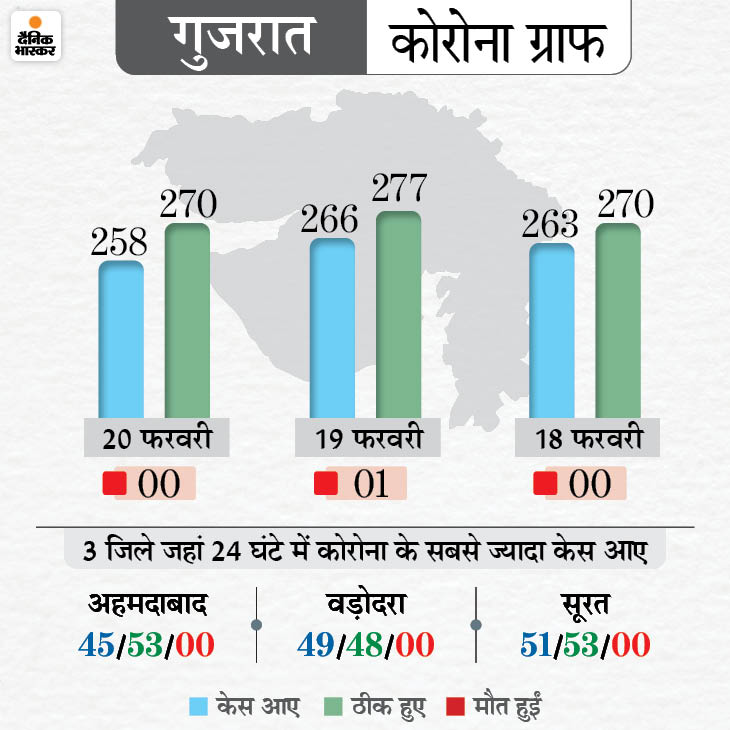 5. Rajasthan
On Saturday, 98 people were found corona infected in the state. 66 people recovered and one died. So far, 3 lakh 19 thousand 461 people have been infected. Of these, 3 lakh 15 thousand 376 people have been cured, while 2,785 patients have died. There are 1,300 patients who are undergoing treatment. 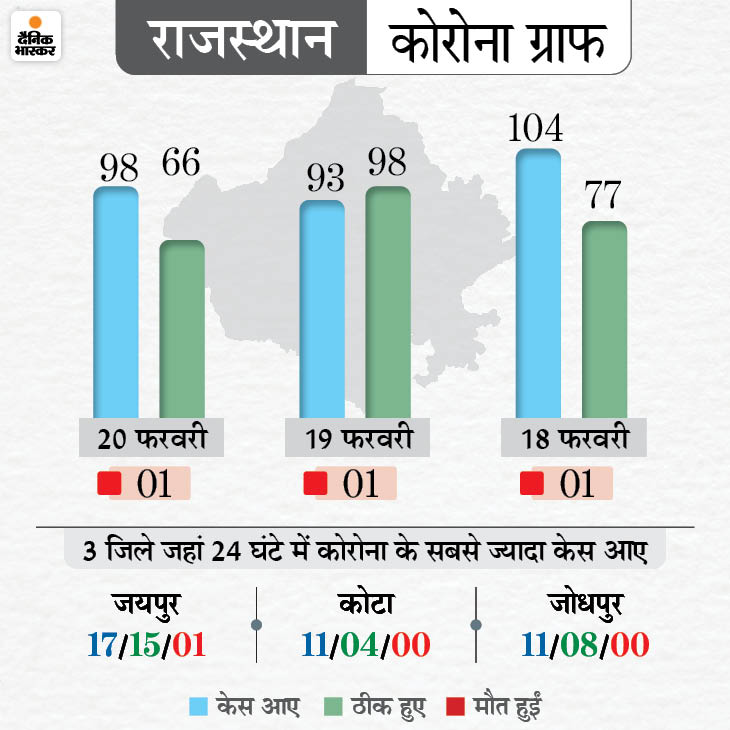 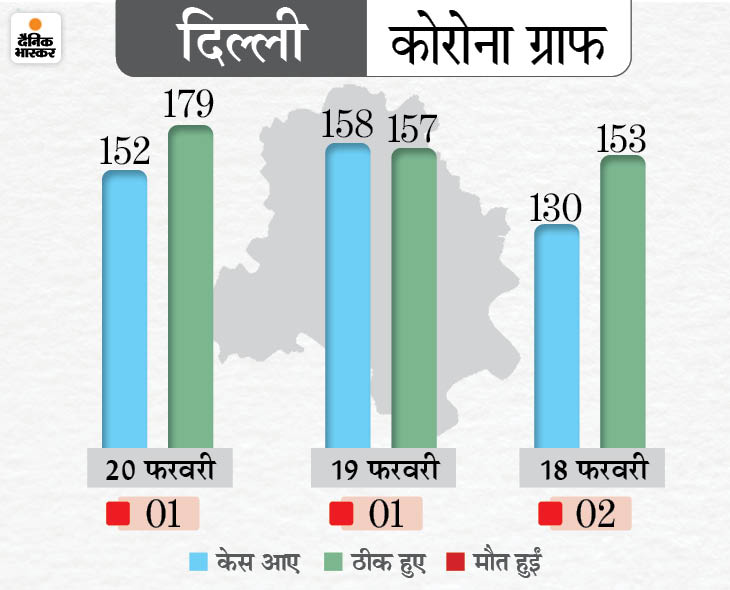