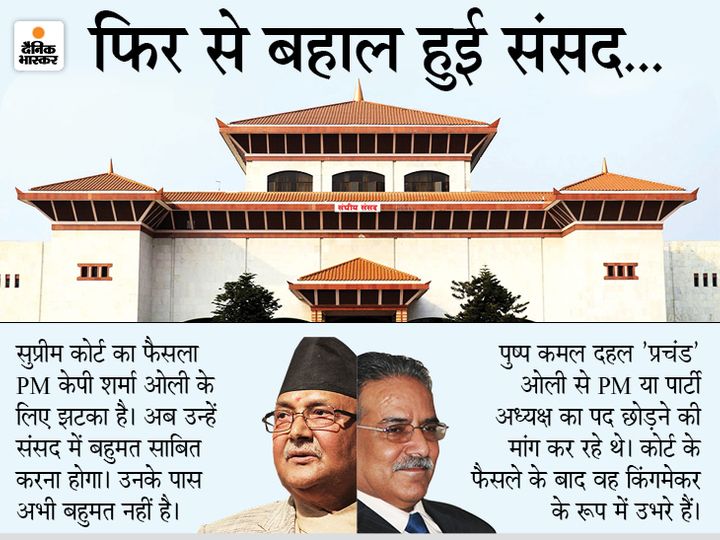 Acting Prime Minister KP Sharma Oli in Nepal gave a major blow to the Supreme Court on Tuesday. The court quashed Ollie’s decision to dissolve parliament. Also directed to restore the House of Representatives. The court has ordered a house session of 275 MPs within 13 days. Now Ollie must prove his majority in Parliament. It is difficult for him to do so, as most of the party’s MPs are against Oli.

A political crisis arose in Nepal on 20 December. Parliament was dissolved by President Vidya Devi Bhandari on the recommendation of Prime Minister Oli. Oli took this decision amid the ongoing tussle for power within the ruling party. His move sparked protests in large part by the Nepal Communist Party led by his rival Pushp Kamal Dahal ‘Prachanda’. Oli has repeatedly defended the decision to dissolve the House of Representatives, saying that some leaders of his party are trying to form a parallel government.

The reason behind dissolution of parliament