Ex-US President Revealed on Racism: Obama said – A friend made a racist comment, I broke his nose 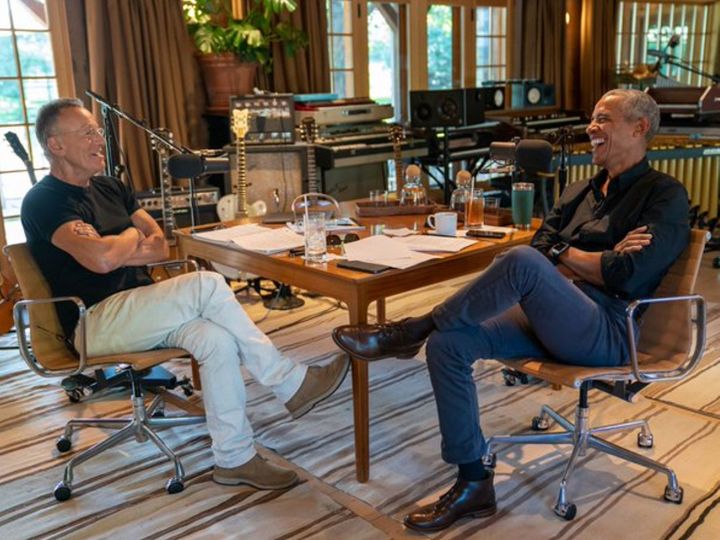 Barack Obama with Bruce Springsteen during a podcast on Tuesday. During this time, Obama admitted that he had also become a victim of racism during school days.

Former US President Barack Obama told an interesting incident on the racism that happened to him. According to Obama – During school days, one of my colleagues made racist and racist remarks on me, in anger I broke his nose. According to Obama, the incident took place in the school’s locker room. Obama was the President of the United States for 8 years. He completed two terms. Biden, who was then Vice President and now the 46th President of the United States.

Obama joined the podcast
According to a report in ‘The Hill’, Obama made this disclosure during a podcast on racism. The anchor of the program was Bruce Springsteen. Obama said about this incident- I had many friends when I was in school. A friend was special. We used to play basketball together. Once we were playing and during this time there was a fight between ourselves. He said some racist words to me. He probably did not even know the meaning of what he said. I was angry. I punched him in the nose and broke his nose. To this the anchor said- You did exactly right.

Then explained the meaning
Obama, the first black president of America, said – After the incident, I told my friend what he meant by what he said. It is believed that Obama has made public mention of such an incident for the first time. According to Obama, I may be poor and ugly, but that does not mean that anyone insults me. And how can I get punishment for the mistake I did not make?

Obama has raised this issue before
In the last election in America, the issue of racism came up many times. Obama has mentioned this issue many times during his tenure and even after that. In 2015, he said – there is no place for racism in America. We cannot accept it in any way. It could have been 300 earlier, but now it cannot have any place.

Blacklist Pakistan: Big protest against Imran government and army in front of FATF headquarters in Paris