Farmers Protest: Kisan Andolan Delhi Burari LIVE Update | Haryana Punjab Farmers Delhi Chalo March Latest News Today 24 February | Naresh Tikait said – Rajnath Singh, like a parrot in a cage, can get a solution if he is allowed to talk to the farmers. 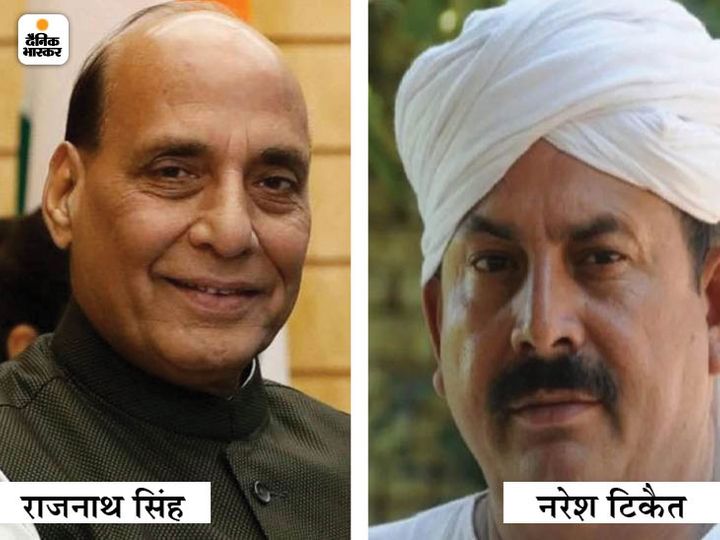 Naresh Tikait, brother of farmer leader Rakesh Tikait and president of Bhartiya Kisan Union, said on Wednesday that the Union Government has kept Defense Minister Rajnath Singh as a cage parrot. If the government frees them and talks to the farmers then the solution of the peasant movement will be resolved immediately, but this government is stubborn. Naresh Tikait said this at the Kisan Mahapanchayat held in Barabanki, Uttar Pradesh.

Agriculture Minister said – the doors of conversation still open today, even before, there was complete sympathy
Amidst the farmers’ talk, Agriculture Minister Narendra Singh Tomar said on Wednesday that the doors of the government are still open for talks with farmers on agricultural laws. Tomar said, ‘We have discussed many times with farmers, but if they still have a point, we are ready for talks. Tomar said this to the media after an event. He was asked whether the government is making any efforts to resume dialogue with farmers.

‘Continuously working for the good of farmers’
Tomar said that the government has been discussing farmers with full compassion. He claimed that 10 crore farmers have benefited from the Pradhan Mantri Samman Nidhi Yojana. The annual income of farmers has increased by about 6000 rupees. Tomar also said that the government is committed to double the income of farmers and is continuously working for their good.

Tomar’s statement came at a time when farmer leaders are constantly preparing a strategy to intensify the movement. Indian Farmers Union spokesman Rakesh Tikait said on Tuesday that he was planning a parliament march with 40 lakh tractors to pressure the government to withdraw the agricultural laws. The government will be told before taking out the march. Tikait also reiterated the demand that a new law should come about the guarantee of minimum support price (MSP).

United Farmers Front wrote a letter to the President
The United Kisan Morcha (SKM), an organization of 40 farmers’ unions that have been agitating against agricultural laws for 91 days, celebrated Daman Resistance Day on Wednesday. SKM also wrote a letter to President Ramnath Kovind. It says that suppression of agitating farmers and their supporters should be stopped.

Along with this, SKM has welcomed the decision to get bail to Climate Activist Disha Ravi and demanded immediate action against Delhi Police. SKM says that the police arrested Disha Ravi illegally.

Women’s Congress on the road against Shivraj government, protested by burning effigy

Women's Congress on the road against Shivraj government, protested by burning effigy