Lakkha Sidhana in the red circle at Mehraj rally in Bathinda. He openly challenged the Delhi Police two days ago to arrest him.

Lakha Sidhana, the most wanted accused of violence during the January 26 tractor parade in Delhi, arrived at a farmers rally held in Mehraj, Punjab on Tuesday. Mehraj in Bathinda district is the ancestral village of Chief Minister Amarinder Singh. Lakkha Sidhana also hails from this area. Earlier Lakha had openly challenged the Delhi Police on social media. Lakha had said that he would attend a fury rally at Mehraj, Bathinda on 23 February. If Delhi Police has power, arrest and show it.

Here, Deep Sidhu, the other accused in the violence case, was sent to jail by the Tis Hazari Court for 14 days in judicial custody. Sidhu’s seven-day police remand ends on Tuesday.

Bathinda SSP had said, will cooperate with Delhi Police
Two days ago, Bathinda SSP Bhupinder Jeet Singh Virk had said that there is no case on Lakkha Sidhana in Bathinda, but if the Delhi Police takes action, we will cooperate fully with them. No disturbance of any kind will be allowed. There were 20 criminal cases against Lakkha in Punjab, in which he has also been acquitted. 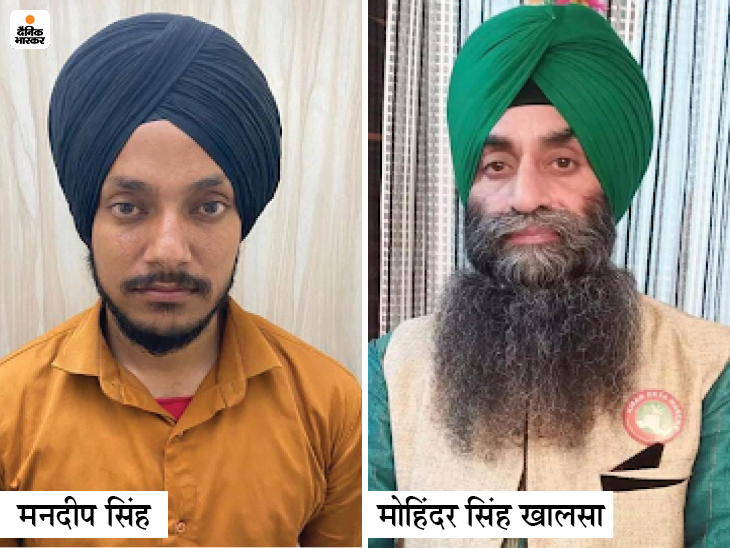 Mandeep Singh and Mohinder Singh Khalsa are accused of hatching a conspiracy for violence.

Rahul Gandhi’s Congress is Hand in glove with pakistan.

One in red is Raj Sharma, office bearer of IOC Germany#CongresswithPak pic.twitter.com/YmnqmaPT3p

Suresh Nakhua tweeted accusing the Congress that Rahul Gandhi’s Congress is in the hands of Pakistan. Indian Overseas Congress officials waved the Pakistan flag during a demonstration in support of farmers in Germany. Charan Kumar in blue (in clothes) holding the flag of Pakistan. In red (in clothes) is Raj Sharma, an IOC Germany worker. He has also shared a picture of some people in the tweet.

However, the statement issued in the name of IOC Germany President Pramod Kumar said that IOC Germany has not organized any kind of event. At the same time, on the shared photographs of Nakhua, he said, Raj Sharma is an activist in IOC Germany. Sharma is 65 years old, while Nakhua has shared a picture of a young man. Neither our members are seen in the picture and we have no relation with the people waving the Pakistani flag.

Groom’s Father Returns Rs 11 Lakh To Bride’s Father In Rajasthan Bundi | The groom’s father returned 11 lakh rupees being received in the engagement, said with 101 rupees, we need only daughter

Groom's Father Returns Rs 11 Lakh To Bride's Father In Rajasthan Bundi | The groom's father returned 11 lakh rupees being received in the engagement, said with 101 rupees, we need only daughter