In the 6 metropolitan municipality (Manpa) elections of Gujarat, BJP has once again won. On the completion of counting on Tuesday, BJP got a majority in all 6 Manpas i.e. Ahmedabad, Surat, Rajkot, Vadodara, Jamnagar and Bhavnagar. The BJP won 483 seats or 85% in these cities and the Congress 46% or 8% seats, but shocking results came from Ahmedabad and Surat. In Ahmedabad, 7 councilors of Owaisi’s party AIMIM were elected. At the same time, 27 councilors of Aam Aadmi Party came for the first time in Surat. 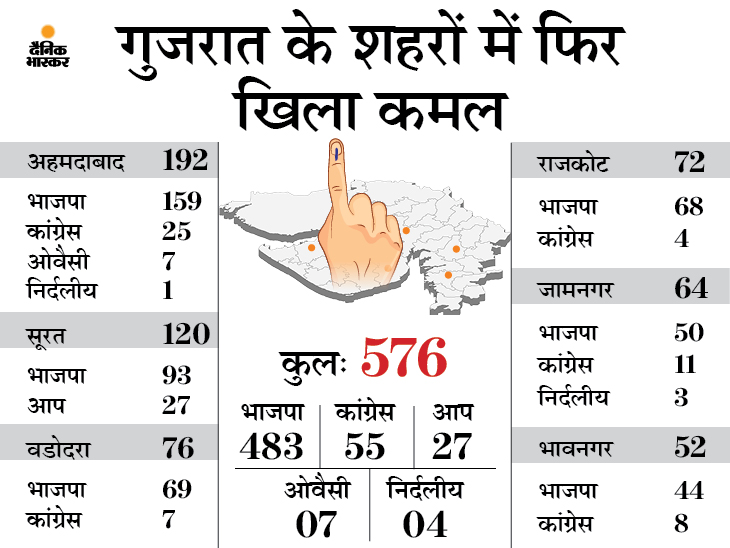 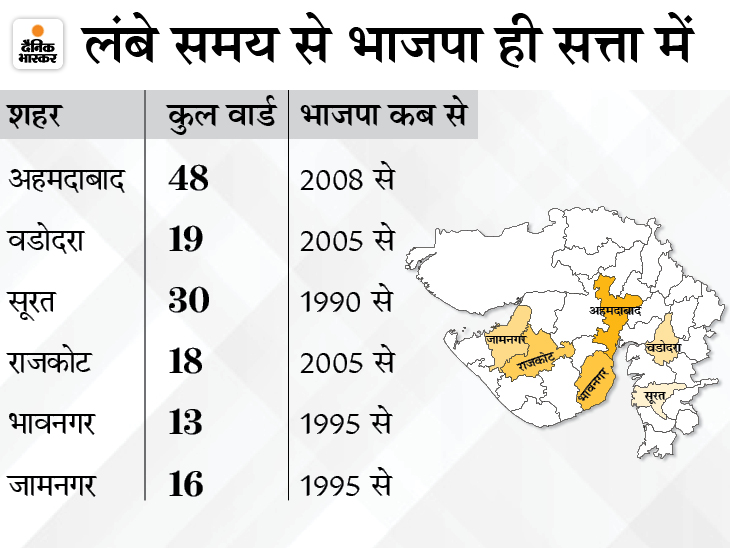 Total 2,276 candidates in 6 municipal corporations, highest of BJP
BJP and Congress had given this election more importance in view of the upcoming assembly elections in the state. Apart from Chief Minister Vijay Rupani, the Union Ministers also left no stone unturned in campaigning. BJP had the highest number of candidates in the election.

Modi-Shah thanked the public
On the BJP’s spectacular performance in Gujarat, Prime Minister Narendra Modi said that the election results clearly show the unwavering faith of the people towards the politics of development and good governance. I am grateful to the people of the state for re-trusting the BJP. Home Minister Amit Shah said, ‘The results have proved one thing that Gujarat is the stronghold of our party. The BJP has won 85% of the seats here. The Congress has got only 44 seats in the entire Gujarat.

Kejriwal said – Assembly elections between BJP and AAP
Delhi Chief Minister Arvind Kejriwal said that the people of Gujarat have voted for politics of work. People were plagued by BJP and Congress politics. People wanted an alternative and they have got this option in the form of Aam Aadmi Party. Now the coming election will be only between Aam Aadmi Party and BJP. 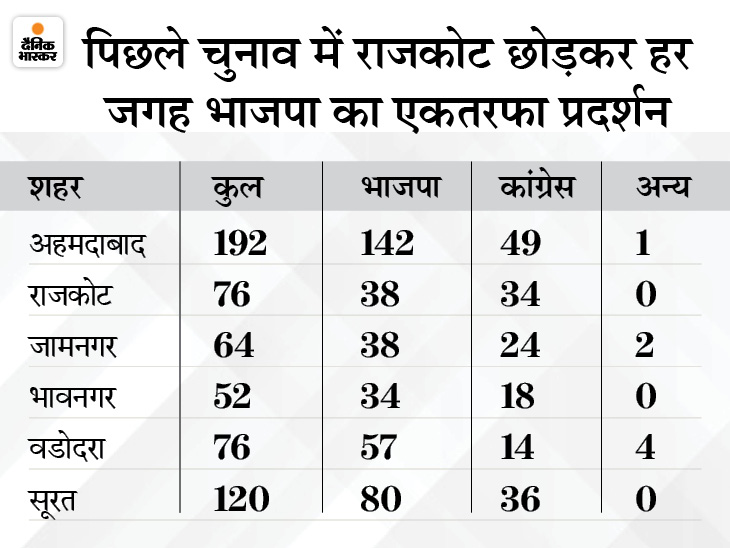 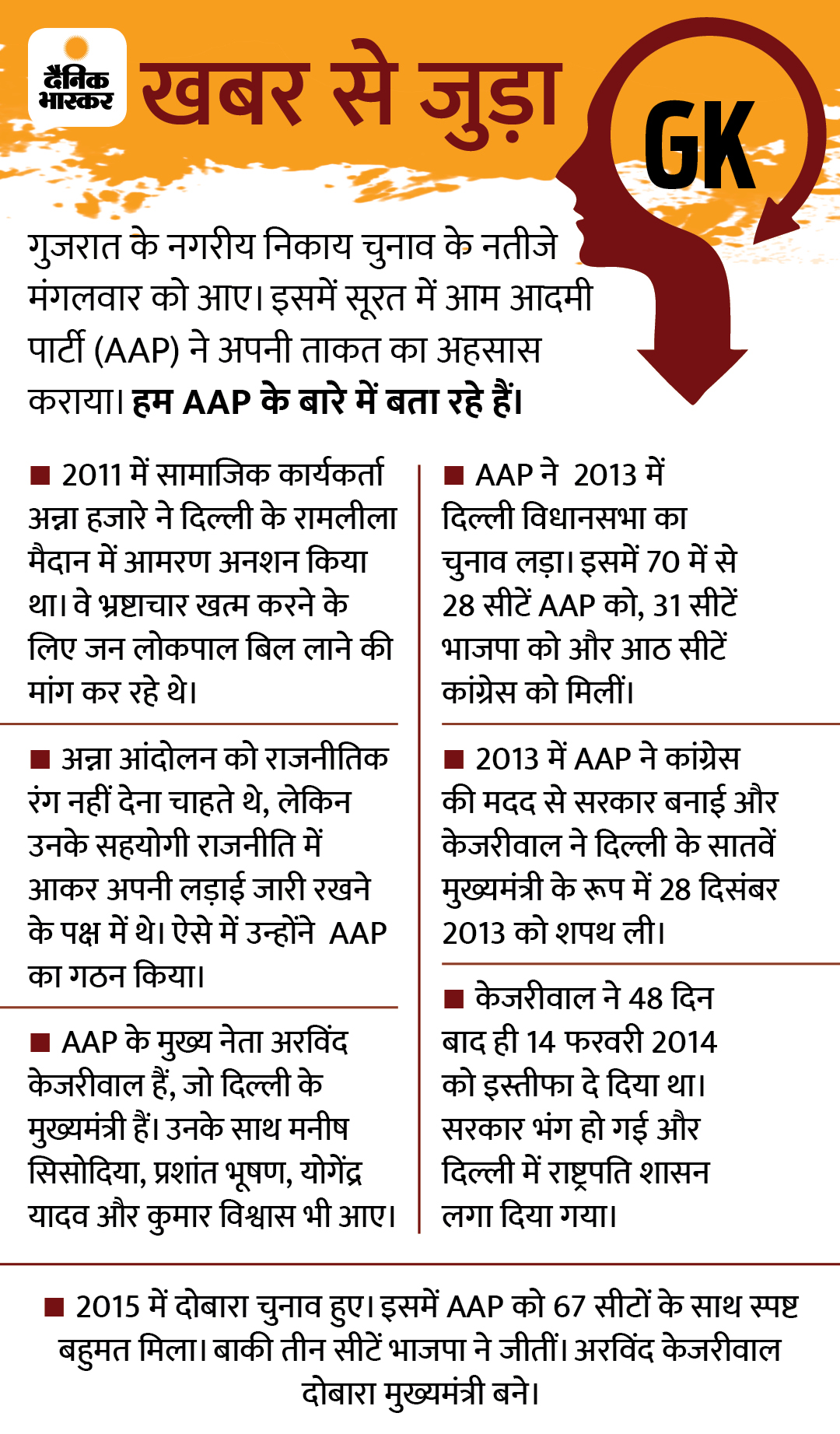 110 crore eye patients in the world: can’t buy glasses, that’s why as many people in India are struggling with eye disease

110 crore eye patients in the world: can't buy glasses, that's why as many people in India are struggling with eye disease