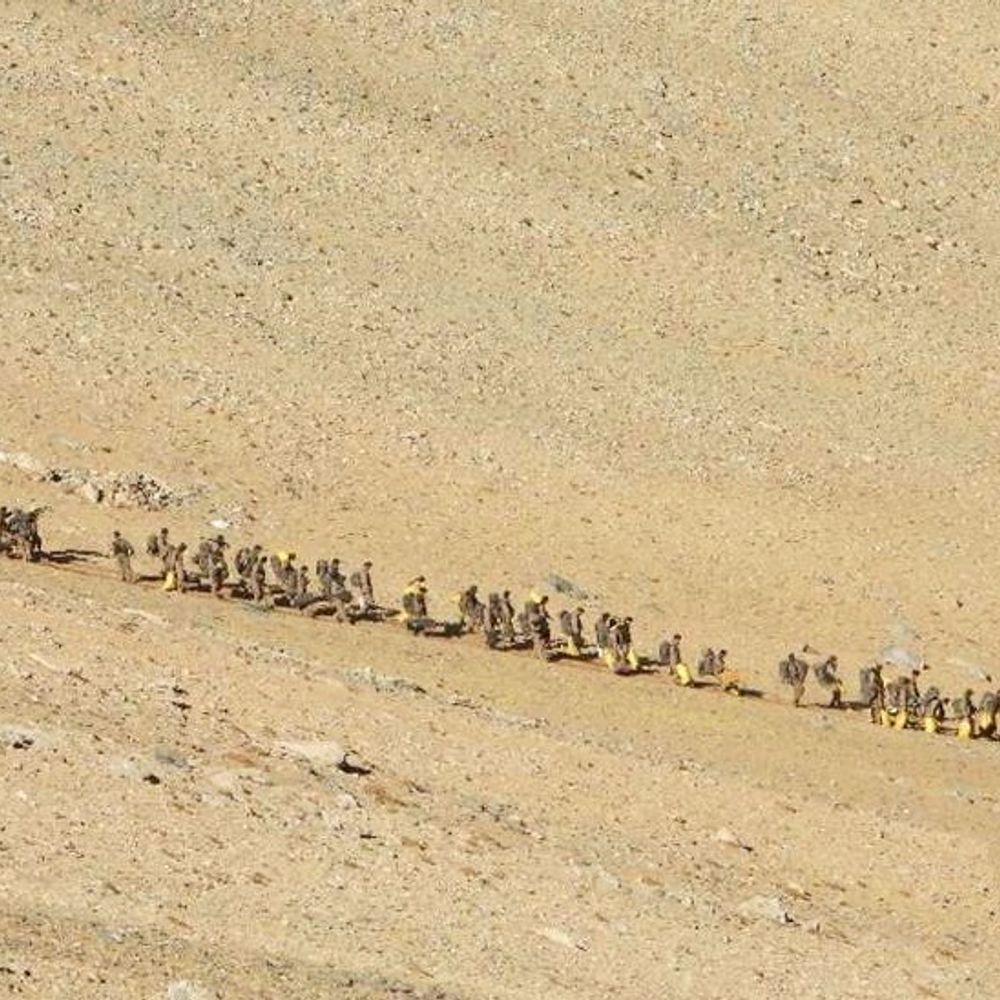 Returning Chinese Army to East Ladakh. On 16 February, this photo was released by the Indian Army.

The 10th round of military-level talks between India and China lasted for about 16 hours till 2 pm on Saturday. The meeting took place in Moldo, China. It discussed the disengagement of forces from the hot springs of East Ladakh, Gogra and Depsang.

According to the information, in the negotiations, India said that the disengagement process should be fast in these three areas also, to reduce the tension on the border.

On 11 February, Rajnath informed the disengagement in Ladakh in the Parliament.
Defense Minister Rajnath Singh had informed about the retreat of India and Chinese Army in Ladakh in the Rajya Sabha and Lok Sabha in the evening in the morning of 11 February. He also claimed that India has lost nothing with this agreement and said that we will not allow any country to take even an inch of its land.

7 big things about disengagement agreement
India and China have agreed to military disengagement. Military Disengagement means the withdrawal of the armies of two countries which have been face to face from a certain area. According to Defense Minister Rajnath Singh, these 7 decisions were taken for disengagement…

1. Both countries will remove the forward deployment. That is, the troops of the two countries, which were so far deployed very close to each other, will retreat from there. 2. China will place its troops on the east side of Finger-8 in the North Bank of Pangong Lake. 3. India will place its troops at Permanent Than Singh Thapa post near Finger-3. 4. Senior commander level talks will take place within 48 hours of disengagement from Pangong Lake and remaining issues will be resolved. (Disengagement commenced from February 10) 5. Like the North Bank of the lake, there will be disengagement in the South Bank. (It has not been told when it will be from now.) 6. From April 2020, the constructions that the two countries have done on the North and South Bank of Pangong Lake will be removed and the former position will be maintained. 7. Both countries will stop petroling on the North Bank for the time being. Military activities such as petroling will begin only when an agreement is reached by negotiation.

The 9th round of talks took place a month ago
The 9th conversation of the Corps Commander Level between India and China took place about a month ago. This meeting also took place in Moldo in Eastern Ladakh. Disengagement was agreed upon in the 9th meeting. There was no significant result in the 8-time talks held to resolve tension in Ladakh.

Terrorist hideout revealed in Anantnag forest, Chinese pistol, grenade and AK-56 rifles found; Increased security in the jammu kashmir valley | Raid on terrorist hideout in Anantnag, confiscation of ammunition; There will be snipers on the tall buildings and the operation will be speeded up