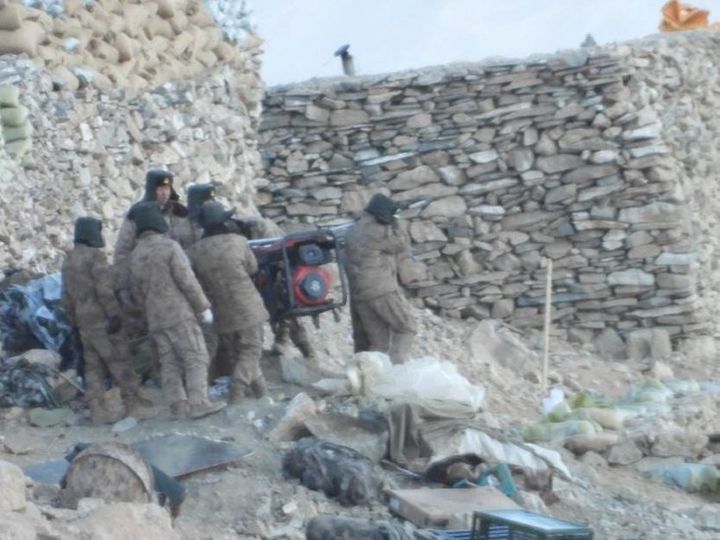 The photo is of Finger-5 near Pagong Lake. From here the Chinese army is breaking its bunker.

The 10th round of India-China military officers has begun to end the ongoing tension along the Line of Actual Control (LAC). In this conversation of Commander Level, there can be discussion about disengagement in Gogra, Hot Spring and Depsang. The meeting is taking place in the Moldo area on the Chinese side.

Till now, 9 meetings had been held in East Ladakh on disengagement in the northern and southern Pagong Lake areas. According to army sources, after disengagement, the armies of both countries have reached their respective permanent posts.

The 9th round of talks took place a month ago
The 9th conversation of the Corps Commander Level between India and China took place about a month ago. The meeting took place in Moldo in front of Chushul Sector in Eastern Ladakh. There was tension between the two forces in this area for several months. There was no significant result in the 8-time talks to resolve this. Disengagement agreement was agreed to in 9th meeting.

Soldiers were face to face for many months
Relations between India and China have continued to deteriorate since the violent clashes in Galvan. Both armies are face to face with heavy weapons and thousands of soldiers. India Army, Air Force and Navy have deployed their commandos in this area. Fighter jets have been flying continuously for several months. According to the long deployment, India had already delivered other essential goods including logistics.