The Congress is conducting Kisan Panchayat in 27 districts of western UP, Priyanka started it on February 9 from Saharanpur.

The Congress held a farmer mahapanchayat in Mathura on Tuesday. Priyanka Gandhi, the General Secretary of the party who arrived in this, targeted the central government. He said that the conscience of the Modi government is dead. Lord Krishna will break his ego. Priyanka said among the Brij residents that you will save the Govardhan mountain, tomorrow the government should not even sell it.

Banke Bihari slogan, kept silent for farmers
Before starting his talk, Priyanka cheered Banke Bihari. During the meeting, a 2-minute silence was also observed for the farmers who lost their lives during the ongoing agitation against agricultural laws. After this, Priyanka said that the government had made all the promises to the farmers, but did not fulfill even one. Did not pay the cane dues. Prime Minister Modi bought 2 aircraft for himself, but the farmers could not pay. 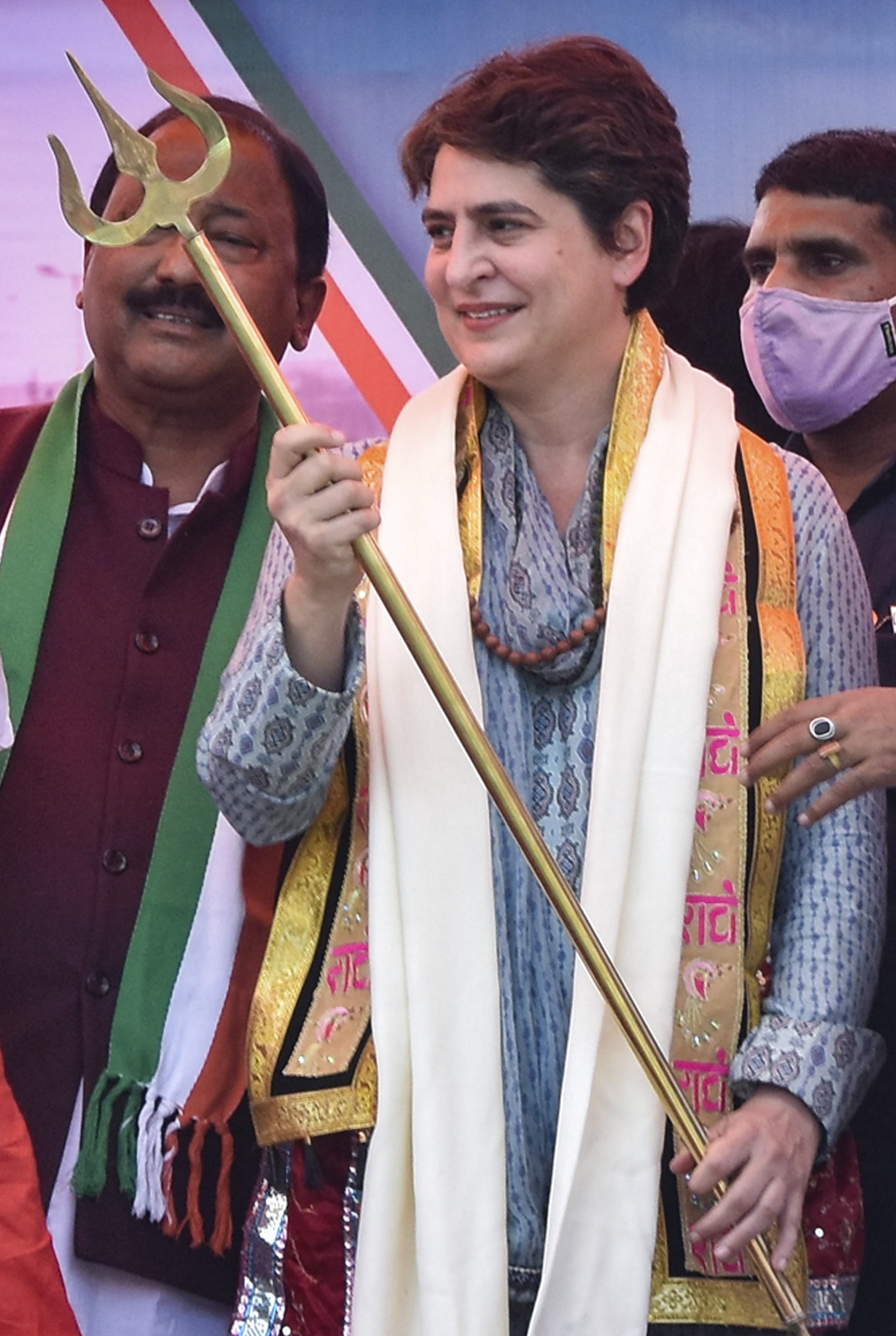 ‘MSP to be completely shut down in times to come’
Priyanka said that the government has given hoarding license to the capitalists. Now they will do hoarding and in the coming time the MSP will be completely closed. These Prime Ministers are not only arrogant but also cowardly. Priyanka said that not a single BJP MP could stand when Rahul Gandhi asked for 2 minutes of silence for dead farmers in Parliament. It is ego. 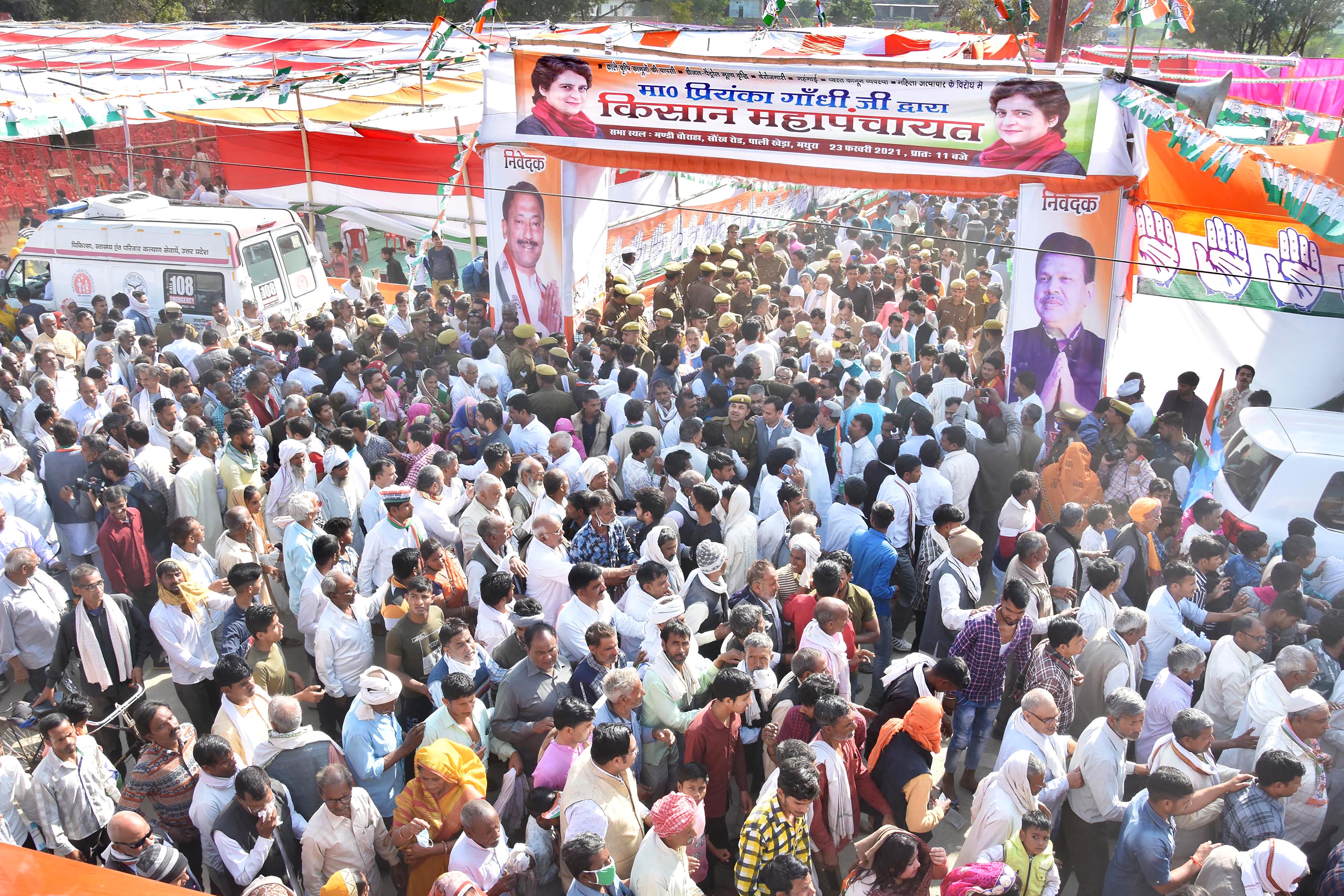 The Congress has started a series of peasant mahapanchayats in western UP amid an atmosphere against agricultural laws.

Rape victim reached the stage
Priyanka Gandhi was giving a speech when a young woman came in front of the stage. Priyanka stopped the speech on seeing him and called him to her. The girl’s father said that he came from a village in Bharatpur, Rajasthan. His daughter was raped on April 26 last year, but she was not heard. The Congress is the only government in Rajasthan, so he has come to speak to Priyanka Gandhi. Priyanka begins the speech after listening to him. He said that this girl has shown great courage, will help him in every way.

Visited Banke Bihari in Vrindavan
After the Kisan Panchayat, Priyanka Gandhi went to Vrindavan and saw Banke Bihari. Priyanka reached the temple around 4 pm. He worshiped Dehri for about 25 minutes. Sevayat Gopi Goswami performed the puja. Priyanka wrote in the visitor’s register that with your prayers, the people of the country and the people should be well received. 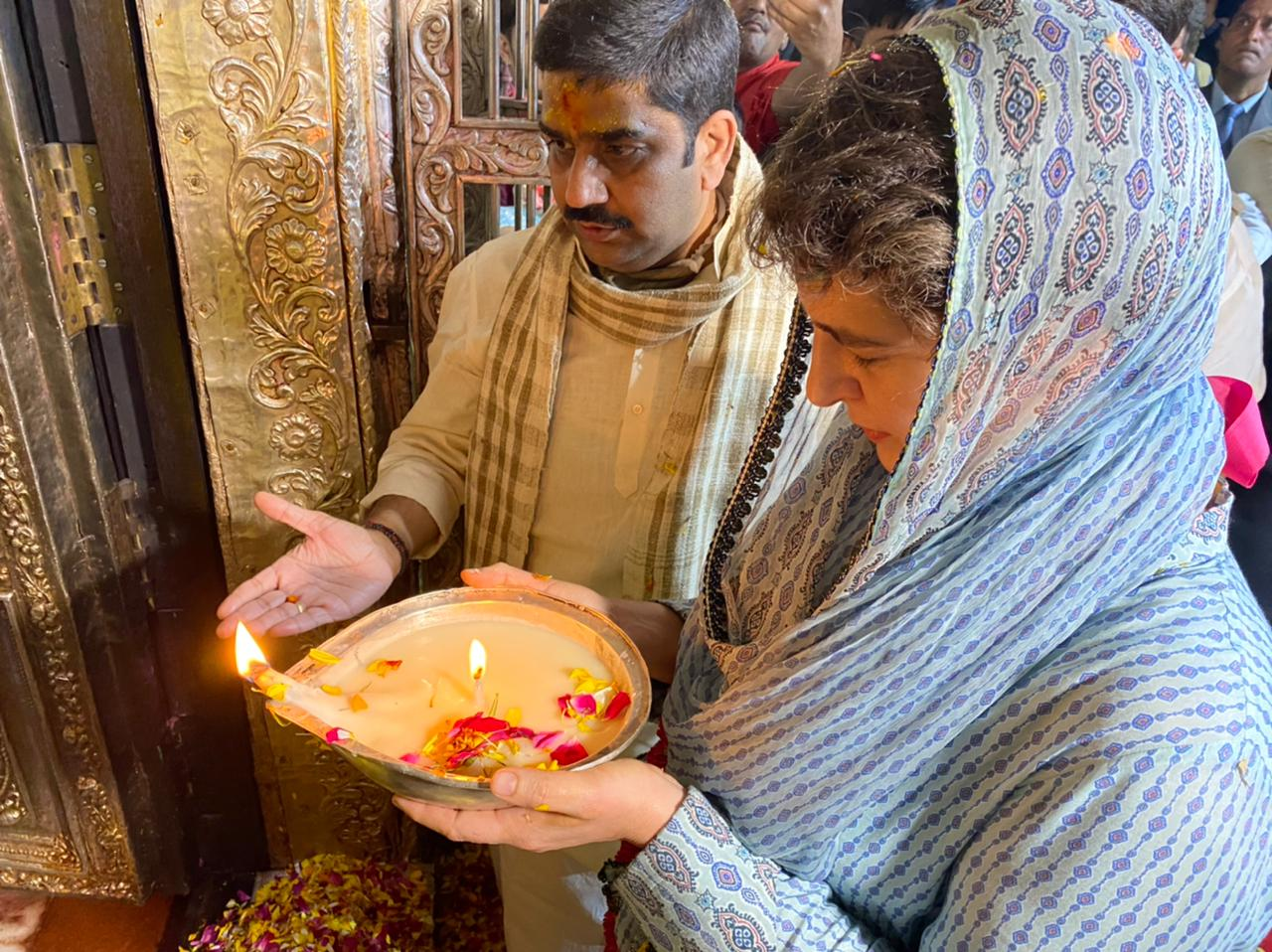 Priyanka worshiped at the Banke Bihari temple in Vrindavan for about 25 minutes.

After the darshan, he said that it is the duty of the government, the leaders, the Prime Minister to listen to the voice of the people and try to solve their problems. It is a great sin for peasants to say abusive words, to call them terrorists, to be traitors.

Priyanka performed pooja at Shakambhari Devi temple in Saharanpur on February 9, after starting the Kisan Mahapanchayats from Saharanpur to UP. From here she went to a dargah. Recently, he took a dip in the confluence by reaching Prayagraj with his daughter Miraya on Mauni Amavasya.