A major plane crash in America was averted on Sunday. The Boeing 777 engine from Denver to Honolulu caught fire shortly after takeoff. At that time the aircraft was at an altitude of 15,000 feet. However, the accident was averted by the pilot’s understanding. He immediately messaged the control station and made a safe landing of the aircraft back in Denver. The aircraft had 231 passengers and 10 crew members. 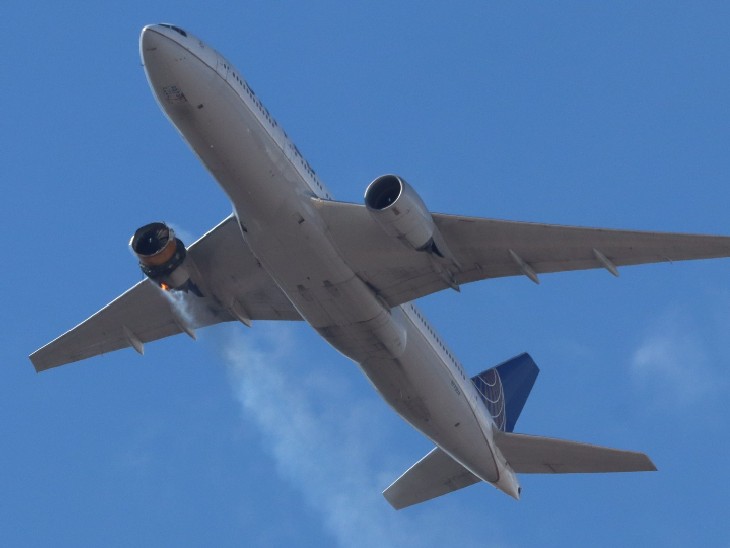 The fire started in the right engine. Slowly its parts started burning down, but the pilot was confident that he would avoid the untoward and it happened.

Appeal to people – stay away from debris
The National Transport Security Board (NTSB) has formed a team to investigate the incident. The debris of the aircraft has spread over a large area. The muffield police have appealed to the people not to touch the debris nor approach it. 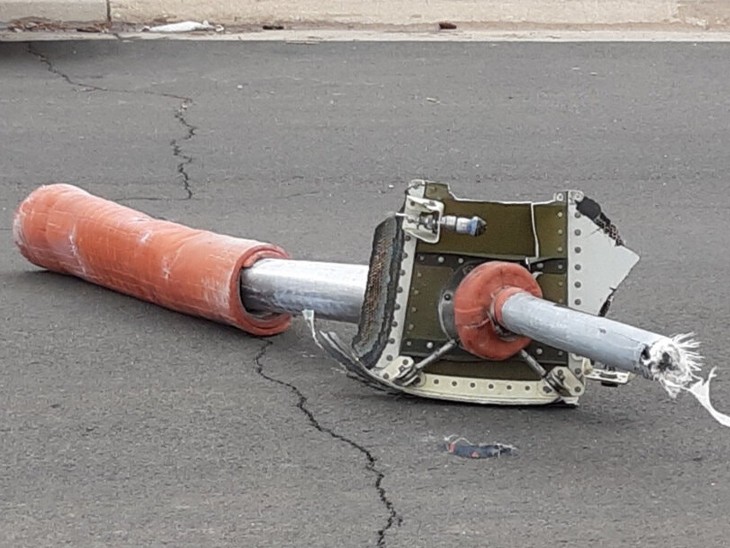 It is a part dropped from the aircraft engine. The aircraft had two Pratt & Whitney PW4000 engines.

Passenger sitting on plane made video of burning engine
There was chaos in the flight as soon as the engine of the plane caught fire. However, the pilot gave him courage. At the same time, he said that he is doing everything possible for safe landing. During this time a passenger made a video of the burning engine. It became viral as soon as it was shared on social media. 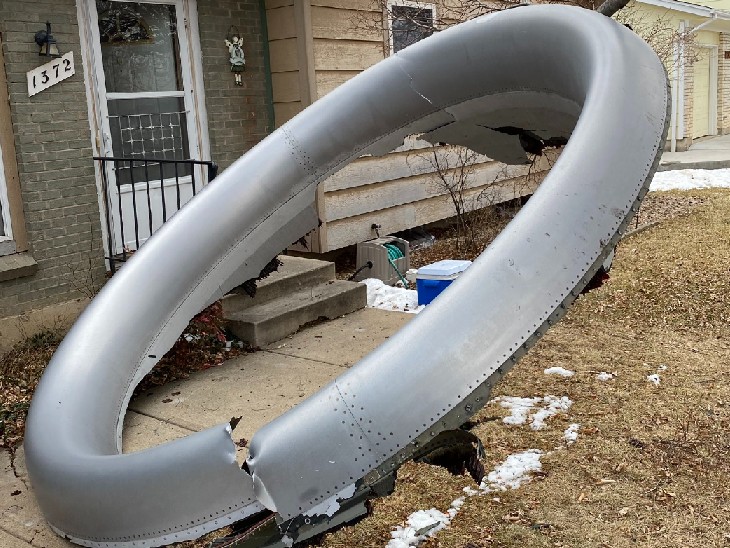 This is the outer frame of the engine, which broke down near a house in the town of Broomland. Thankfully no one was hurt by this.

The plane was continuously coming down after the explosion
David Delucia, a passenger, told the Denver Post – ‘I am honestly saying that we were going to die at some point. There was also reason to think so. After the blast, we were constantly coming down from the height. The heat inside the aircraft was also increased by the fire. 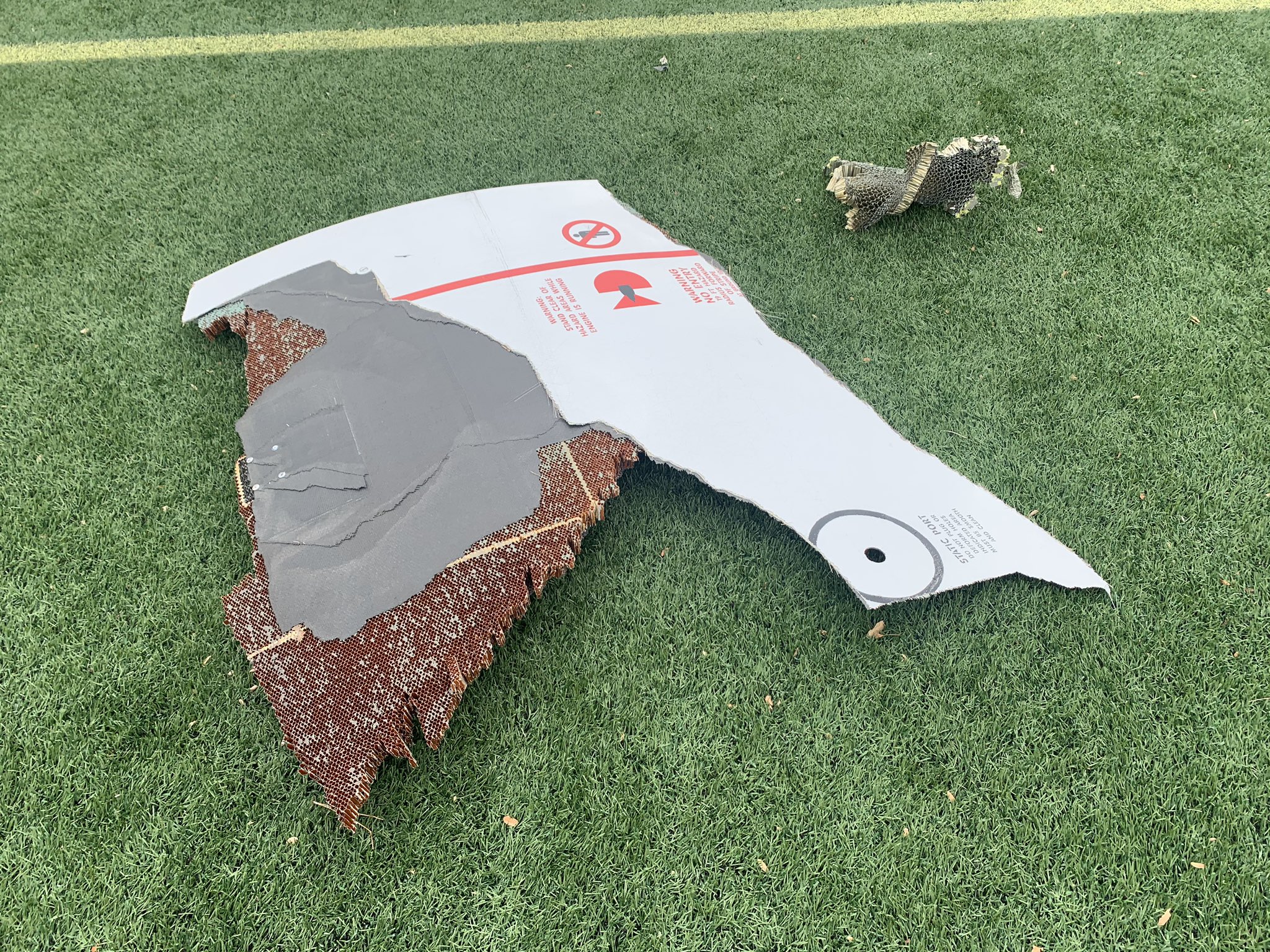 The mantle cover above the engine fell into the turf field of Commons Park. Police has sealed this area.

The Boeing 777 engine failed in 2018 too
The aircraft was about 26 years old. It was powered by two Pratt & Whitney PW4000 engines. In February 2018, the engine of an old Boeing 777 aircraft failed. Even then a safe landing was made in a short time. 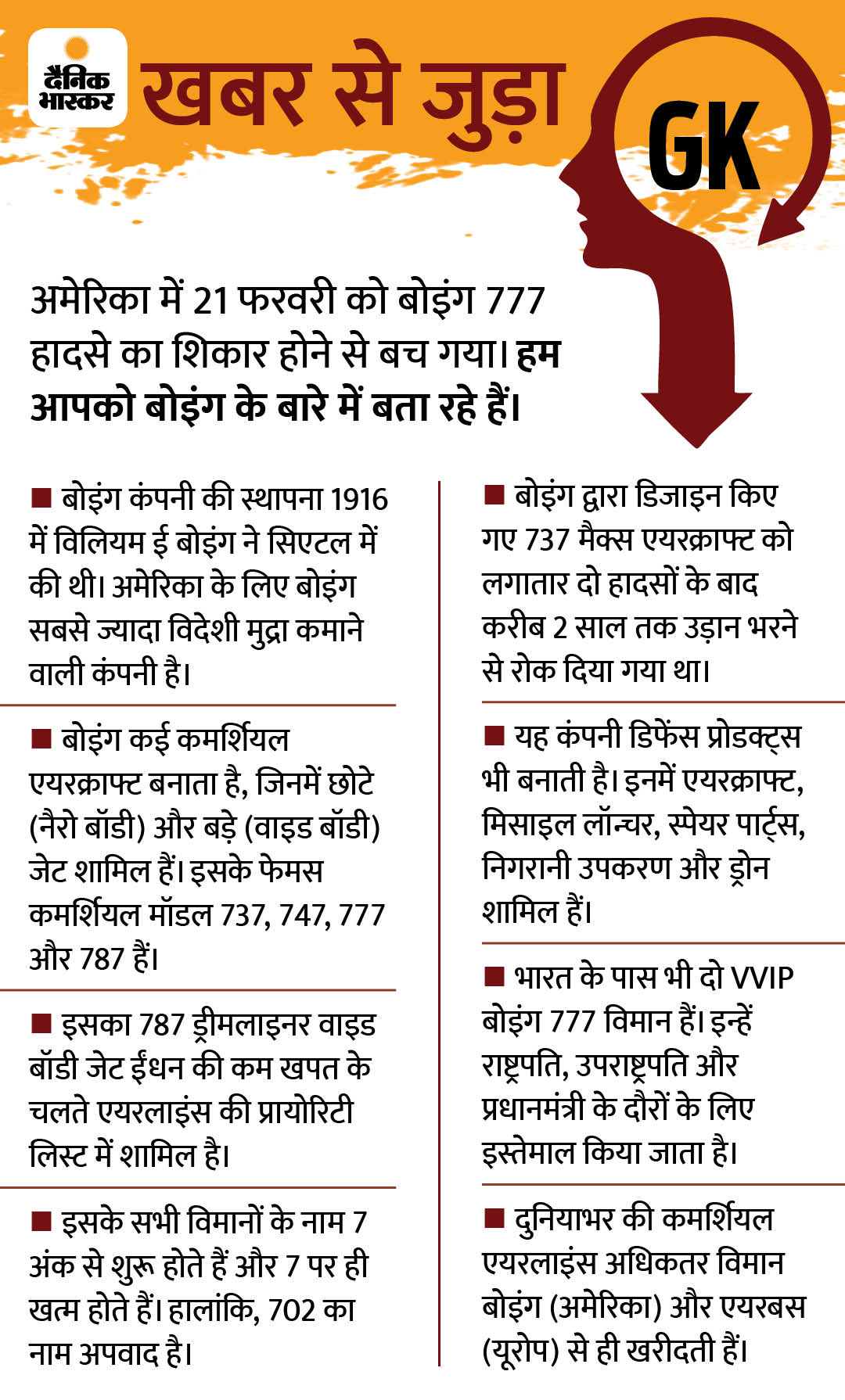