Rujira Banerjee, daughter-in-law of West Bengal Chief Minister Mamata Banerjee in the coal scam, was questioned by the CBI for about two and a half hours on Tuesday. According to sources, the CBI asked Rujira many questions about money transactions and sudden increase in assets. It is said that Rujira was accompanied by her husband Abhishek Banerjee.

Mamta reached nephew’s house before CBI’s arrival
The team of the investigating agency reached Abhishek’s house, before it reached Mamta, daughter-in-law and nephew. She stayed here for about 10 minutes and took her eight-year-old granddaughter along on the way. She did not want the granddaughter to be present there during interrogation. Earlier on Monday, the CBI also questioned Abhishek’s sister-in-law Maneka Gambhir for about three hours. Many close friends of Abhishek are in the grip of the CBI in this case.

Trinamool furious over CBI action
The raid on the house and office of Abhishek’s close friends has triggered the Trinamool leader. They allege that BJP is using CBI to create pressure in Bengal elections. Trinamool MP Saugat Roy said there was no ally with the BJP. His colleagues are CBI and ED. With these help, they threaten other parties. Pressure is also being put on the Trinamool. Whatever notice has been given to our leaders, we will fight it legally.

BJP said, only wrongdoers are afraid
The BJP has retaliated on the Trinamool allegations. BJP West Bengal president Dilip Ghosh said that the CBI had started investigating the matter much earlier. This is not the first time when notices are being sent and inquiries are being made. CBI is working within the purview of the law. The people of Trinamool are afraid because they have done wrong. People who do wrong things are afraid.

13 bases were raided on Friday
In the same case, the CBI on Friday raided 13 places in Purulia, Bankura, Burdwan and Kolkata of the state. The raids took place at the locations of young Trinamool Congress leader Vinay Mishra, businessmen Amit Singh and Neeraj Singh. No one was present at the house during the raid. Earlier on 11 January, the Enforcement Directorate (ED) conducted raids in Hooghly, Kolkata, North 24 Parganas, Asansol, Durgapur, Bardhaman.

Allegations of illegally selling coal worth thousands of crores
Trinamool leaders have been accused in the coal scam. It also includes Abhishek’s name. It is alleged that several thousand crores of coal was illegally mined in Bengal and it was sold in the black market through a racket. In this case, even in the early weeks of December, the CBI raided the office of CA Ganesh Bagaria of Kolkata.

Abhishek is the president of Trinamool’s youth wing. In his party, he had made 15 youths including Vinay Mishra as general secretary. Vinay has been accused of coal scam since the beginning. The Trinamool had filed a petition in the High Court to stay the CBI probe, which was rejected. 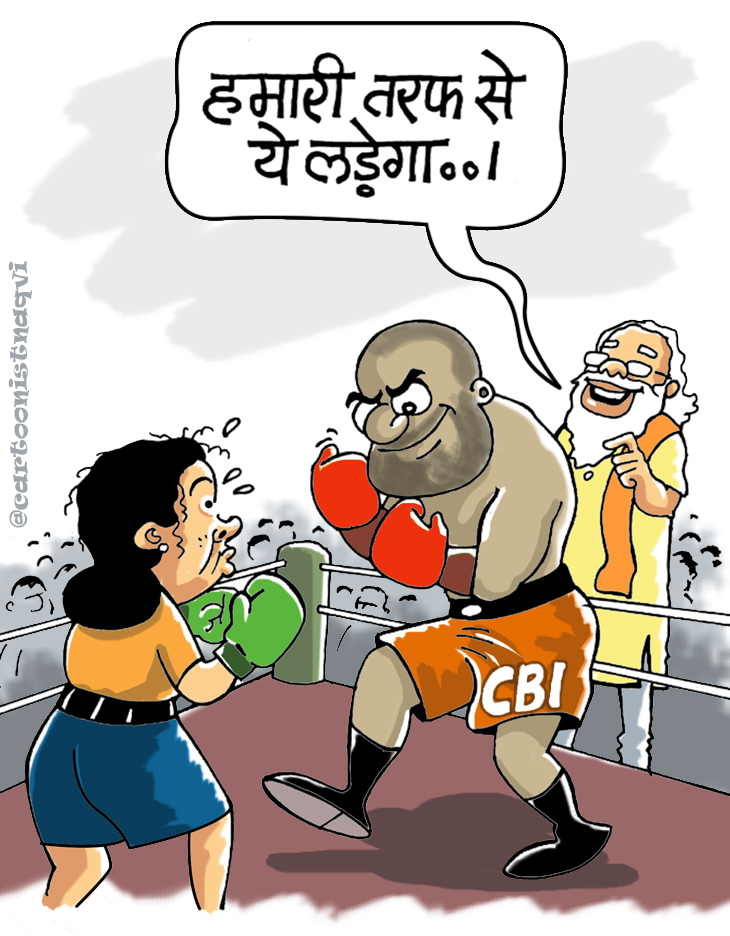