On the Yamuna Expressway, the Innova car was completely smashed in the accident. Rescuers and policemen had to work hard to get the body removed.

A diesel tanker overturned on an Innova car at around 12.30 pm on the Yamuna Expressway near Mathura district in Uttar Pradesh. Due to this, 7 people in the car died on the spot. The accident was so terrible that the car completely shattered. In this accident, the family of a mill owner of Haryana ended.

The family belonged to the Safidas of Jind district and went to Vrindavan Dham to visit Bankebihari. He fell victim to an accident in return. Two children of the owner and the driver of the mill owner have also died in the accident. 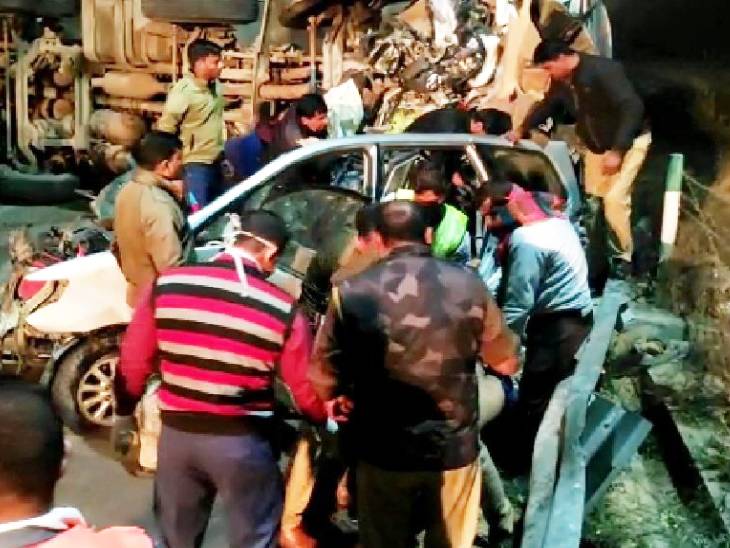 People involved in relief work after the accident.

Uncontrollably the tanker went to the wrong side

The accident took place near Mile Stone 68 in Thana Naujheel area located on the Mathura-Aligarh border. A high speed tanker (number HR 69-3433) was coming from Noida, which went uncontrolled on the road going from Agra to Noida and overturned on the car number HR 33 D 0961.

DM Navneet Chahal and SSP Gaurav Grover also reached the spot after getting information about the accident. Policemen along with expressway employees sent all the bodies for postmortem. Diesel continued to spread on the road for long after the tanker overturned in the accident. But thankfully there was no major accident. Because the team of refinery and fire brigade department had reached the spot and handled the situation. The tanker driver escaped after the accident, against whom a case has been registered.

Husbands and their two children are among the dead
In fact, Satyanarayan’s son Manoj (45 years), who hails from Safidon village in Jind, Haryana, reached his in-laws house in Agra on Tuesday along with his wife Babita (40 years) and sons Abhay (18 years) and Hemant (16). After a short stay, he moved to Vrindavan with brother-in-law Kallu (10 years) and Himadri (14 years). Here everyone saw Banke Bihariji and then after wandering here for some time left for Jind.

As soon as Manoj reached the Mile Stone 68 of the Yamuna Expressway located in Thane area, the speeding tanker uncontrollably broke the divider and overtook the Innova car. All other car riders along with driver Rakesh died in this accident. Manoj’s family reached the post-mortem house in Mathura as soon as the accident was reported. Family members said that Manoj’s Susral was in Agra. His son Badhu Babita’s uncle is Upper City Magistrate Virendra Mittal in Agra. Manoj has a poultry feed factory called Arunodaya Feed Mill. 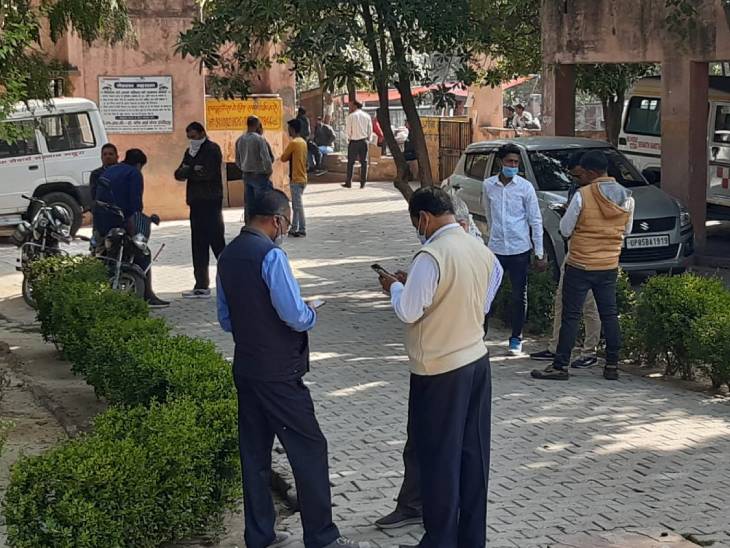