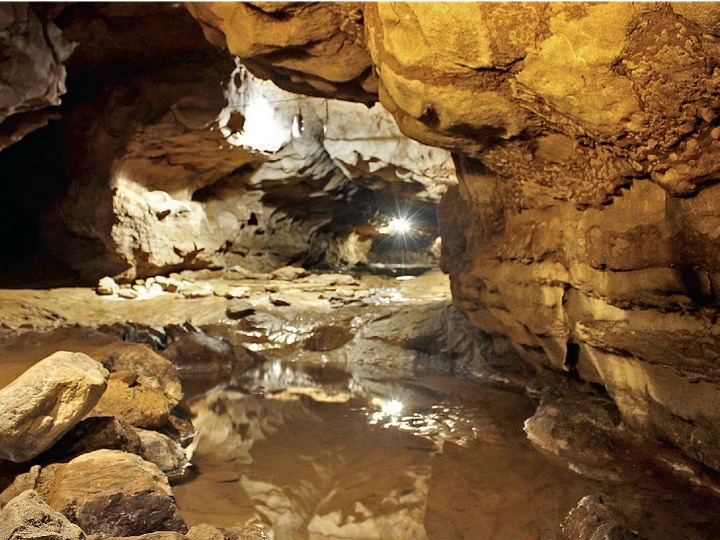 Environmental scientists reported that limestone mining in relation to most of the parameters led to a decline in soil quality in the areas.

Meghalaya has got more than 1700 beautiful limestone caves as a boon from nature. These world famous caves are spread over about 3519 km. It is also the longest cave in the world with sandstones. For the last several years, the destructive limestone mining of cement companies has become a curse for these caves and the environment.

Brian Daly has been working on the discovery of these caves in Meghalaya for the past 29 years. They allege that four beautiful caves have been completely destroyed by mining. Many reports have said that the Lukha river water gets ‘deep blue’ (thick blue) in winter due to the non-recycling waste from the cement factories.

Environmental scientists from Meghalaya have released a recent report on large-scale limestone mining being carried out by cement companies in East Jaintia Hills district. The report reveals dangerous impacts on the environment and ecology. Dr. R. Eugene Lamare of Martin Luther Christian University and OP Singh, Professor of the Department of Environmental Studies at North-Eastern Hills University, mentioned in their research paper the change in soil quality in the limestone mining area of ​​Meghalaya.

A report on limestone mining activities has been published in ‘Changes in Soil Quality in Limestone Mining Area of ​​Meghalaya, India’ in an international quarterly scientific journal called Nature Environment and Pollution Technology. In this, mining is said to damage the environment like deforestation, loss of biodiversity, water quality and availability, noise pollution, landscape disturbances, soil and land degradation etc.

Environmental scientists in the research paper said that with respect to most of the parameters, limestone mining has led to a decline in soil quality in the areas. There is a significant decrease in moisture content, water holding capacity, organic carbon and total nitrogen content in soil samples. There are more than eight cement plants in the East Jaintia Hills district and mining is increasing year by year.

Cement companies responsible for pollution in rivers
The people of Meghalaya’s East Jaintia Hills district blame cement companies for polluting the Chandra and Lukha rivers. After the devastation in Uttarakhand, environmentalists have expressed deep concern over the illegal limestone mining being done in Meghalaya.

Dr. Lamare says, the continued growth of limestone mining is unfortunate. Due to this, there is no improvement in the environment here. The Khasi Students’ Union of Meghalaya and the Environment Committee of the Meghalaya Legislative Assembly have also demanded immediate scientific study on the changing color of the Lukha River.

People of Jammu and Kashmir are also in panic after the Uttarakhand tragedy. Especially those living around hydropower projects fear that like Chamoli, mountains, glaciers and dams here do not become a disaster. A large number of hydro projects are going on in Jammu and Kashmir by constructing dams, which supply electricity across the country. The state has a capacity to manufacture 20 thousand MW hydropower.

At present 3500 MW power is being produced. There is a 330 MW capacity Kishanganga hydroelectric project near Bandipora in North Kashmir. Bilal Ahmed of Bandipora says, the dam’s waterlogged area is in an area of ​​about 4 km and it has filled up to the maximum extent.

There are at least four villages – Kanjalan, Jalinpora, Chuntipora and Gulshanpora in the plains around it. Earthquakes are frequent in this area. Bilal says that we always live in the shadow of the fear that if the dam is broken, these villages will be destroyed. After the Uttarakhand tragedy, our fear has increased.