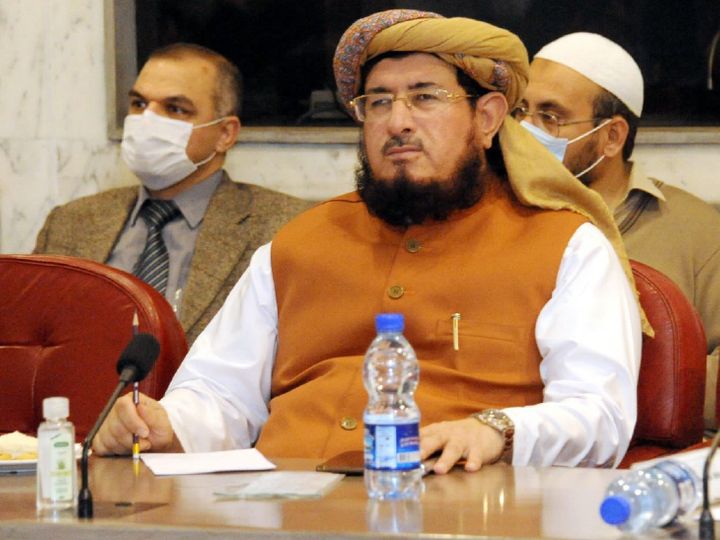 Maulana Salahuddin Ayubi has been reported in Pakistani media to be 62 years old. He is accused of marrying a 14-year-old girl. He is the MP of the Jamiat Ulema-e-Islam (JUI-F) party. (File)

A shocking news has emerged from Pakistan. Here Maulana Salahuddin Ayubi (62), MP from Balochistan of Jamiat Ulema-e-Islam (JUI-F), married a 14-year-old girl. The case is some time old. It was also discussed earlier, but it could not be confirmed then. Now on the appeal of an NGO, the police is going to investigate it. The child’s father has also confirmed the marriage.

In Pakistan, marriage age of girls is fixed at 16 years. If it is married at a young age, then it will legally be considered a crime and may be punished.

Birth certificate of the girl child revealed
Maulan Ayubi is an MP from Chitral in Balochistan. He never gave any reaction to this matter. He is an MP from Maulana Fazal-ur-Rehman’s party. Rahman is currently the leader of the Pakistan Democratic Front (PDM). This front is running a movement against the Imran government in the country.

According to a report by ‘The Dawn’, the girl’s school has issued her birth certificate to the media. In it, his date of birth is stated on 28 October 2006. After this, a local NGO filed a police complaint. It will now be investigated.

Only confirmed now
The case of Maulana’s marriage is from last year. Such reports were reported in the local media then, though it could not be confirmed because Maulana Ayubi or the girl’s family refused to speak anything. Now NGO complaint will be investigated.

Inspector Sajjad Ahmed of Chitral Police Station has confirmed the complaint. However, he did not say whether only a complaint has been filed or an FIR has also been filed in this case. According to reports, the police reached the girl’s house and questioned her father. He denied marriage in front of the police.

Girl’s father changed statement
In front of the police, the girl’s father denied Maulana and his 14-year-old daughter’s marriage. When other officers of the local administration arrived at his house to get information about this, the girl’s father assured them that they would not send her off to the MP’s house until the daughter was 16 years old.