PAK PM’s visit to Sri Lanka: Now Imran Khan will not be able to meet Muslim MPs, approval of speech in Parliament has already been canceled 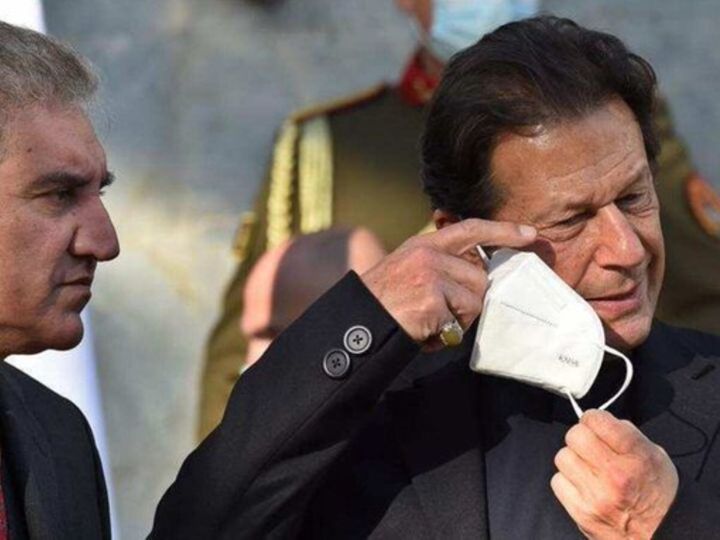 Imran Khan arrived in Colombo on Tuesday on a two-day tour of Sri Lanka. Three of his previously scheduled programs have been canceled here. (File)

Pakistan Prime Minister Imran Khan arrived in Colombo on a two-day tour of Sri Lanka on Tuesday. This is his first visit to Sri Lanka after becoming Prime Minister. However, Imran is getting gritty in his first visit to Sri Lanka. For the second time in a week, the Gotabaya Rajapaksa government of Sri Lanka shocked him. The program of his speech in the Sri Lankan parliament was canceled last week. Now the meeting schedule of Muslim MPs from Sri Lanka has been removed from the schedule.

You can also read this news: India approved Imran’s use of its airspace; 2 years ago, Modi was not allowed to pass through the sky of PAK

Consider not two but three shocks
According to Pakistan’s ARY TV channel, the Sri Lankan government canceled three programs of Imran in a week. First – postponed the speech to be held in Parliament. Second, we will not be able to meet Muslim MPs. Third – Sports complexes will not be able to go. The last two programs have reportedly been deferred citing security.

What is the reality
The truth is that Sri Lanka has long had anti-Muslim sentiments. It has the highest number of Buddhist communities here. Recently the Buddhist community here opposed the sacrifice of animals in mosques. To prevent this, rallies were taken out. During the period of Kovid-19, it was alleged that the bodies of Muslims killed by the epidemic are being burnt rather than buried. Imran publicly raised the issue and opposed it.

Rajapaksa government fears
Imran played the Muslim card on the tour of Afghanistan. The Sri Lankan government fears that they may do the same on this tour. Therefore, every program was dropped from Imran’s schedule, which may raise questions in Sri Lanka. The speech in Parliament was apparently canceled because it could have offended India. It was feared that Imran might raise the issue of Kashmir there. India helped Sri Lanka greatly in the Kovid-19 round. Recently about five lakh vaccines were sent free there.

Imran in Colombo after 35 years
Imran Khan visited Sri Lanka for the last time in 1986. He was then the captain of Pakistan’s cricket team. During this tour, he accused Sri Lankan umpires of bias.

Vaccination speed slowed, 6 months of decreasing active patients now increasing by 10 days | In the country, the pace of vaccination increased by 7.2% in 10 days, the active cases of Corona increased by 7.87%.