Pakistan PM revealed: Imran said – When he became Prime Minister, Modi offered to resolve the dispute through dialogue, success was not achieved. 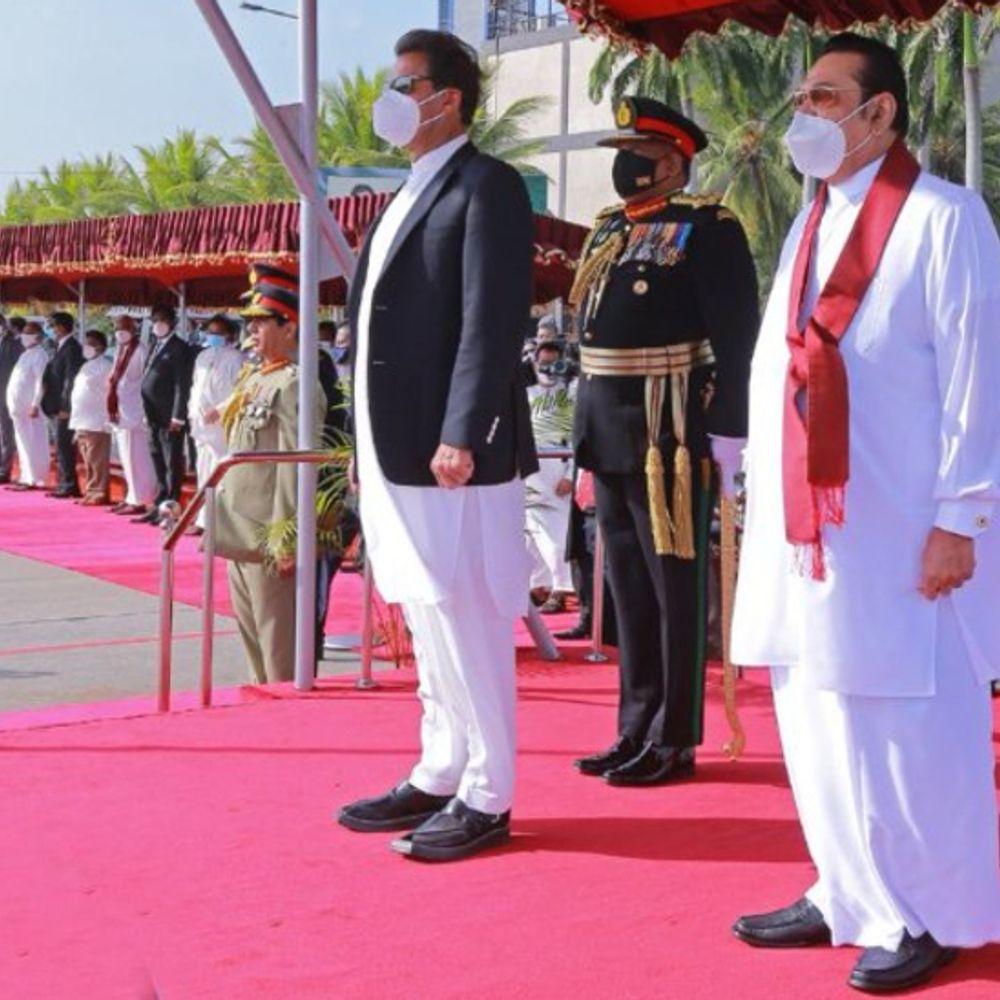 Pakistan Prime Minister Imran Khan arrived in Colombo on Tuesday for a two-day visit to Sri Lanka. Here he oversaw the Guard of Honor with Prime Minister Mahinda Rajapaksa.

Pakistan Prime Minister Imran Khan, who went on a two-day tour to Sri Lanka, made a new disclosure about relations with India. On the last day of the visit on Wednesday, Imran said- ‘When I came to power, I contacted Prime Minister Narendra Modi. He told Modi that the issues between the two countries should be resolved through dialogue, but it was not successful. Imran hoped that his efforts on this issue would succeed in the future. During this, he also referred to the Kashmir issue.

Examples of France and Germany
At the Trade and Investment Conference in Colombo, Imran said – Germany and France clashed several times. Today you cannot even think of that kind of situation. They got involved due to mutual business. Similarly, my dream is to end differences and disputes in the subcontinent. We will have to resolve the Kashmir dispute according to the resolutions of the UN Security Council. For this, there is only one way for us to talk.

Accused of pressure from India
Some media reports in Pakistan said that Sri Lanka had changed Imran’s schedule due to fear of India’s displeasure and pressure from him. Similar things also came up in Sri Lankan media. Colombo Gazzetti wrote in his article on Monday – India helped Sri Lanka a lot during the Kovid-19 round. When the vaccine was ready, the Government of India gifted nearly five lakh vaccines to Colombo in two consignments. Sri Lanka cannot afford to offend India at any cost.

Imran in Colombo after 35 years
Imran Khan visited Sri Lanka for the last time in 1986. He was then the captain of Pakistan’s cricket team. During this tour, he accused Sri Lankan umpires of bias.

Why Hindi language is not recognized on Twitter! The High Court asked the Center – what have you done

Through Sharo-Shayari, Gehlot spared no one, taunts BJP and rebel leaders in gestures | During the budget, sometimes the adversaries sometimes taunt their loved ones; Said – Wind tried a lot, but the lamp kept burning even in the storms

Through Sharo-Shayari, Gehlot spared no one, taunts BJP and rebel leaders in gestures | During the budget, sometimes the adversaries sometimes taunt their loved ones; Said - Wind tried a lot, but the lamp kept burning even in the storms