PM Narendra Modi will today inaugurate Dr Syama Prasad Mookerjee Institute of Medical Sciences and Research at IIT Kharagpur & will address the 66th Convocation of the IIT, via video conferencing | In the convocation ceremony of IIT Kharagpur, Modi said – you will get the understanding of moving from pattern to patent, from this you will get longterm solution

This picture is of the program held in Hooghly on Monday. In this, Prime Minister Narendra Modi said- I am surprised that all the governments that have been here for so many years have left the heritage of this historic area to be disturbed.

Prime Minister Narendra Modi addressed the 66th convocation of IIT Kharagpur. This is the 8th time in a month that the Prime Minister has been associated with Bengal through separate events. During this period, the Prime Minister reminded the students of the legacy of Rabindranath Tagore, Netaji Subhash Chandra Bose. Said, ‘These people dedicated their lives for the country. You too should take inspiration from them.

He also inaugurated Shyama Prasad Mukherjee Institute of Medical Sciences during this period. PM had arrived in Hooghly in the state a day before in the railway program.

Innovations for future will have to be done today
Your degree is a hopeful for people, which you have to complete in future. What needs to be done after 10 years from today, we will have to make their innovations today. As an engineer, you have an innate ability to move things from patterns to patents. There are patterns associated with every problem. The understanding of patterns leads us to the longterm solution. Think of how many lives you can save, how many changes you can make. On the path of life you are moving, many questions will also come forward. These can deal with the feeling of self-awareness and self-awareness.

Failure will lead the way
All of you have walked the path of science and innovation, there is no hurry in that. The work that you are doing, may not even result in complete success. You will learn from the failure that will be found, you will also find a new way. The situation and aspirations of 21st century India have changed. The more our IITs try to overcome India’s challenges, the more will become the power of global application. When the world is struggling with climate change, India opted for solar power (IISA). India needs a technology that, while being durable, helps more and more people.

Need to bring new technology
With the help of technology, how do we develop such systems that there is least loss in natural disaster. Today, the entire IIT network of the country, including Kharagpur, expects the country to expand. We have to provide solutions to the country from Prevention to Cure. People used to keep thermometer-required medicines earlier, now sugar, blood pressure checking machines are also being started in homes. Looking at the circumstances after Corona, India can make its place in the world. I am told that in Gymkhana you participate in many activities.

Reach the inspiration of the past to the people
We do not have to walk in one direction only. It has also received considerable attention in the new education policy. This year India is about to enter its 75th year of independence. This is also important for you because this place is associated with the great freedom movement. This earth has witnessed the views of Tagore and Subhash Bose. Take the inspiration of the past to the people. This will increase the confidence of generations to come.

PM said- Bengal has now made up its mind of Poribartan
In Hooghly, the Prime Minister said that now West Bengal has made up its mind for poribartan (change). Taunting the TMC, he said that the talk of mother, mother and man, has become a wall in front of the development of Bengal. West Bengal Chief Minister Mamata Banerjee stayed away from the event. -Read the full news 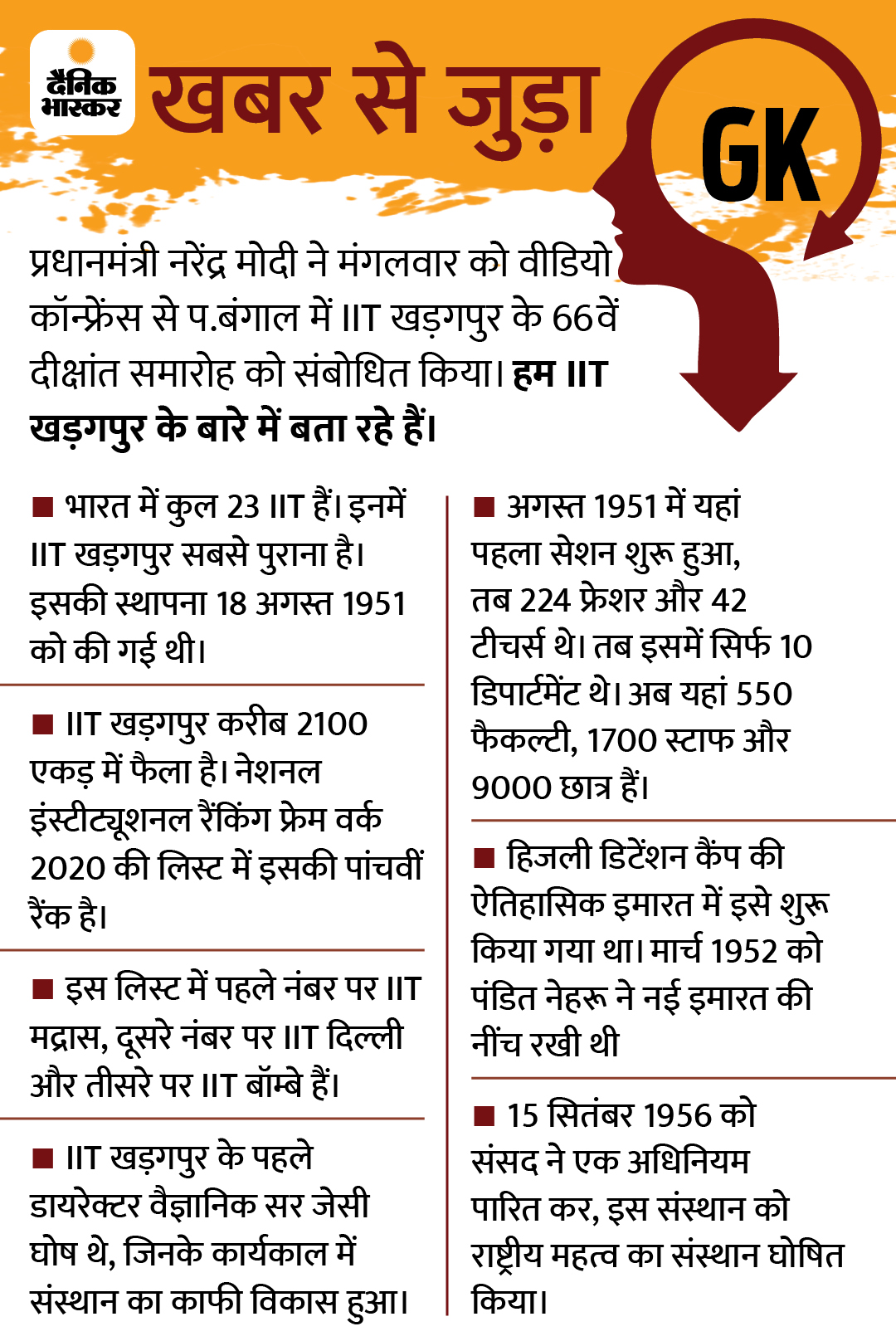 Imran government’s trouble: Pakistan’s FATF not expected to get out of gray list, threat of black list also

Imran government's trouble: Pakistan's FATF not expected to get out of gray list, threat of black list also